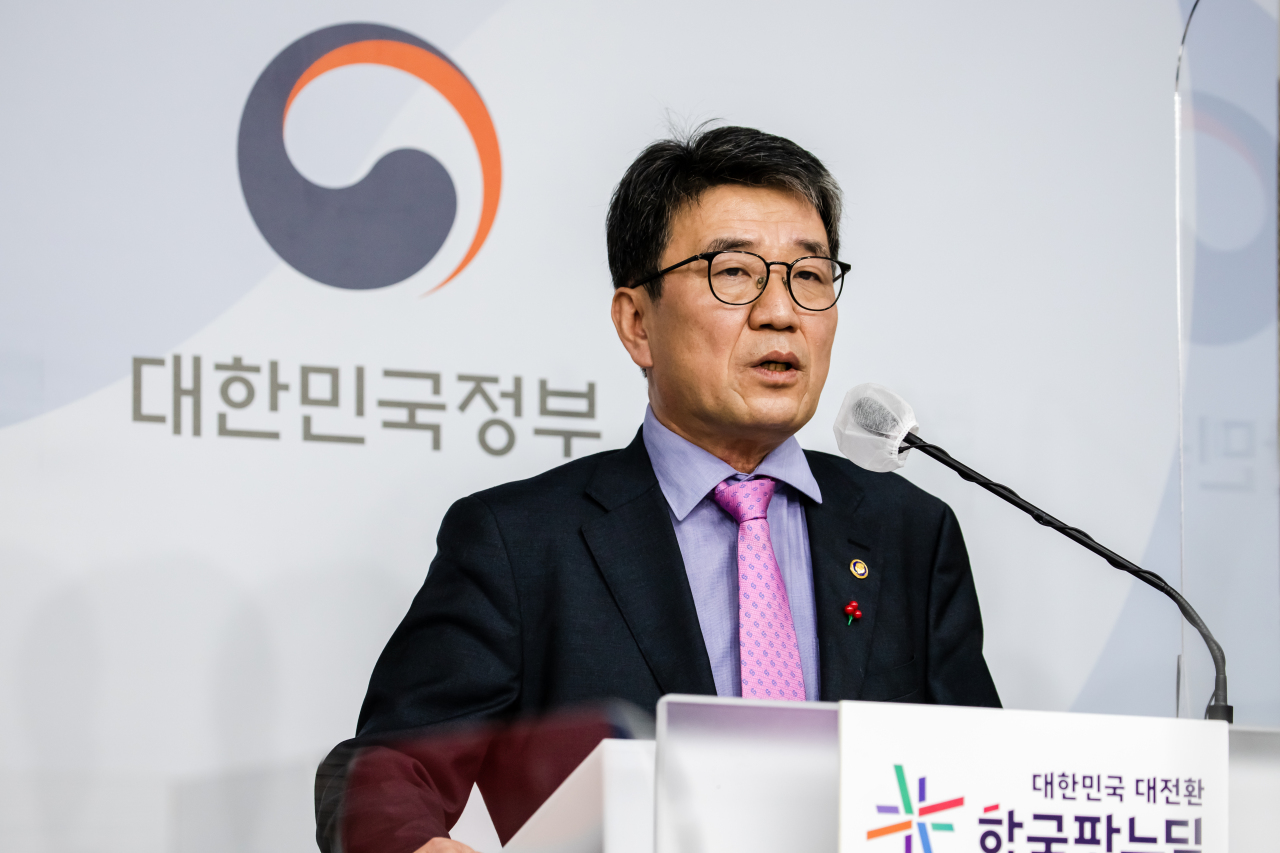 In a news briefing Thursday, Vice Minister of Health and Welfare Yoo Geun-heag said with the rise of the omicron variant, “when the pandemic will come to an end has become more unpredictable than ever.” Still, Korea will “strive to make headway toward normalcy carefully,” he said.

The government laid out how the country will navigate through the third year of the COVID-19 pandemic. From pills to kid vaccines, here are some key takeaways from the announcement.


Return to normal, an ultimate goal

The ultimate aim of pandemic response is to bring Korea back to normal life. As cases fall and the burden on hospitals eases, the country will move forward with its plan to get closer to the pre-pandemic ways of life.

In late October, Korea announced it would be exiting pandemic restrictions completely over three phases, with each lasting four to six weeks depending on the outbreak situation. The first phase lasted about a month and a half before it had to be paused on Dec. 18 amid a hospital bed crisis propelled by the worst surge in patients.

Korea will resume the next phase of the plan once the current post-normal surge stabilizes -- the only question is when.

Most of the fully vaccinated 40 million adults ages 18 and older will be boosted before the end of March. The wait time until a booster is two months for immunocompromised patients and people who have received the Johnson & Johnson’s vaccine. For everyone else it is three months. Minors under 18 are not eligible to be boosted yet. As of Wednesday at midnight, 42 million or 82 percent of Korea’s population were fully vaccinated, while 16 million were boosted.


No freedom to choose vaccine brand

People still won’t get to choose which vaccine they receive, whether it be a primary dose or a booster. A vaccine is assigned through the reservation system when an appointment is booked, and it’s not possible for an individual to choose a brand. However, leftover vaccines of different kinds can be taken up based on their availability.


Vaccines for younger kids to be decided

Twelve-year-olds are currently Korea’s youngest eligible vaccine recipients. Plans for vaccinating younger children are still pending. Whether to greenlight the shots for children ages 5 to 11 are to be decided by regulators in January or February at the earliest. While the need for vaccinating children is greater now, the hesitation of parents to get their children vaccinated and possible safety concerns, among other factors, have to be considered, officials say.


Vaccine pass will phase out eventually

The vaccine pass will remain in place for some time until it is no longer necessary, but when that point may arrive is murky. To end the use of vaccine passes, the rate of infections and hospital admissions among unvaccinated people will need to drop significantly, officials said. As the outbreak subsides, the passes may not be required at places with lower risk of transmission, and then gradually at all places.

Under the pass system adults must present a proof of full vaccination or a negative PCR test result issued within the last 48 hours to enter public places, including cafes and restaurants. From February, children 12 and above will also be subject to the pass system.


On top of new pills, antibody drugs to be used more widely

Korea will prescribe Celltrion’s Regkirona, the only antibody treatment available here, more widely next year. As for reports that most antibody treatments don’t work against omicron, an investigation was being planned. The real-world data on Regkirona’s effectiveness against delta is still coming.

Korea is also ordering enough antiviral pills for 1 million people from Pfizer and Merck, which are expected to become available for use from January. Older adults and other vulnerable groups at risk of severe COVID-19 will be prescribed oral antivirals.

The series of delays in vaccine deliveries that plagued Korea’s vaccination campaign will not be repeated, officials vowed. Korea has secured 80 million doses of mRNA-type vaccines for next year’s campaign in addition to 10 million doses of a domestic vaccine. This is enough to give all eligible people in the country a third dose, officials say. It’s not yet clear if extra rounds beyond the third dose will be necessary at this point.


As a standard, patients recover from home

The key to freedom from social distancing and other restrictions is an expansive at-home care scheme. To make caring for COVID-19 at home safer, remote monitoring will be beefed up. In-person visits to clinics will also be expanded in cases of patients experiencing worsening symptoms that are not bad enough to be hospitalized. Hospital admissions will be reserved for patients who develop severe symptoms.

The first vaccine from a Korean company is expected to be ready for use over the first half of the year. There will also be separate treatment centers set up for patients who agree to participate in clinical trials of treatments being developed by Korean companies.