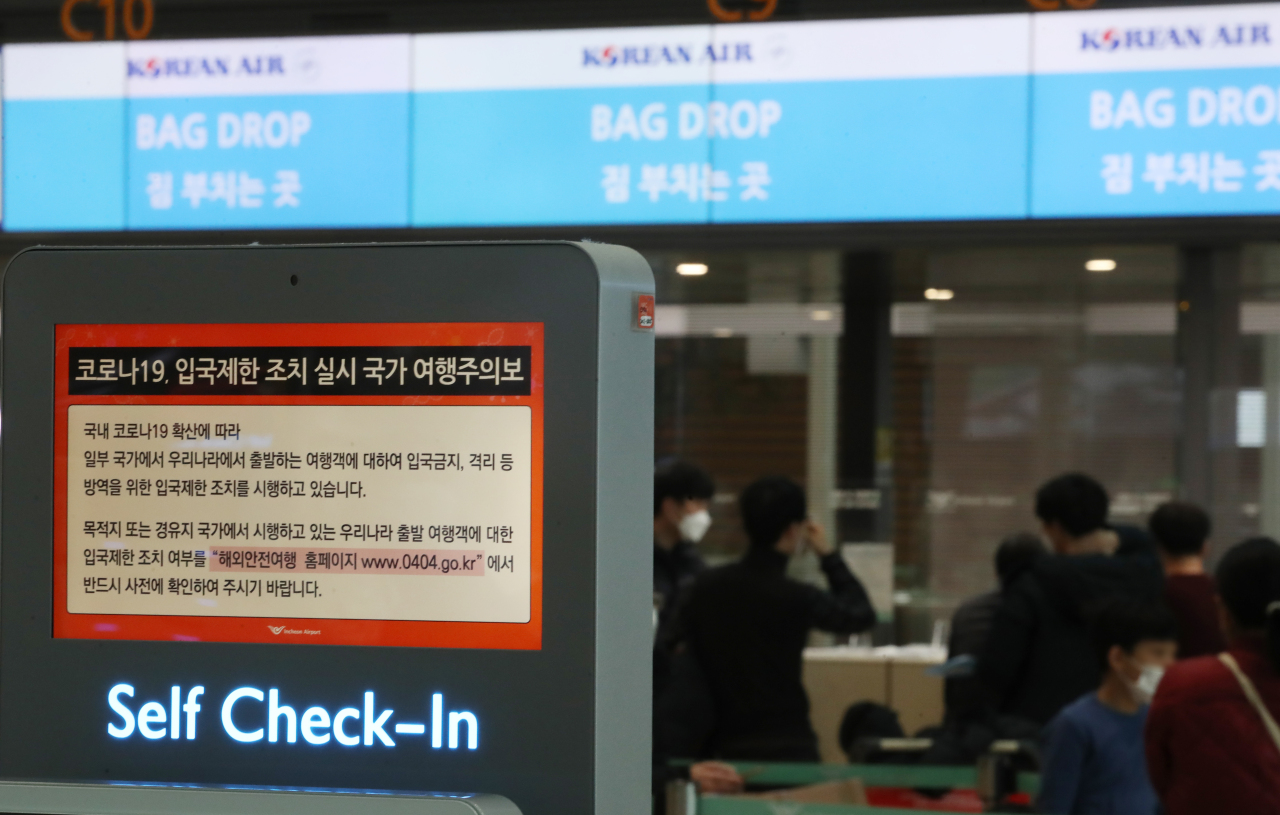 A Korean Air check-in counter at Incheon Airport's Terminal 2 pictured on Monday (Yonhap)
South Korea extended the ban on short-term travelers from 11 African countries for another four weeks on Wednesday in an effort to “prevent the omicron variant from entering the country.” But as cases rise elsewhere, the decision to single out Africa has left many Africans living in Korea angry.

The measure to restrict entry from select African countries was first enacted in late November, soon after the omicron variant was first detected in South Africa. The Korea Disease Control and Prevention Agency said the latest move comes as four in 10 cases are from overseas, including the United States, the United Kingdom and South Africa.

But as all 11 countries where short-term travels are banned from are in Africa -- Namibia, South Africa, Mozambique, Lesotho, Malawi, Botswana, Eswatini, Zimbabwe, Nigeria, Ghana and Zambia--the move has been described as “racist” and “unscientific.”

“The policy isn’t consistent with the practice of relying on the science. It feels more political than it does scientific in its nature,” said Wandisile Somdyala, a 31-year-old teacher from South Africa in Pyeongchang, Gangwon Province.

“If we look at the concept of the numbers in South Africa in comparison to other parts of the world, we are relatively lower in terms of deaths and infections.”

Since arriving in Korea in February of 2020, Somdyala has not been able to return home. Though she’s not a short-term traveler, South Africa being on the red list has made her feel “apprehensive” about going home and being able to come back to Korea.

“We are caught between a rock and a hard place. We’ve got livelihoods that we are able to gain by being in South Korea, but we’d love to visit family and take care of things at home but we are not able to do so.”

Adrian Phipps, another South African who has been living in South Korea for the last five months, says the move highlights the Korean government’s discrimination and aversion to anything African.

“Seeing this African ban continues despite European countries and the US having exorbitant daily cases highlights the discrimination and aversion to anything African,” he said. 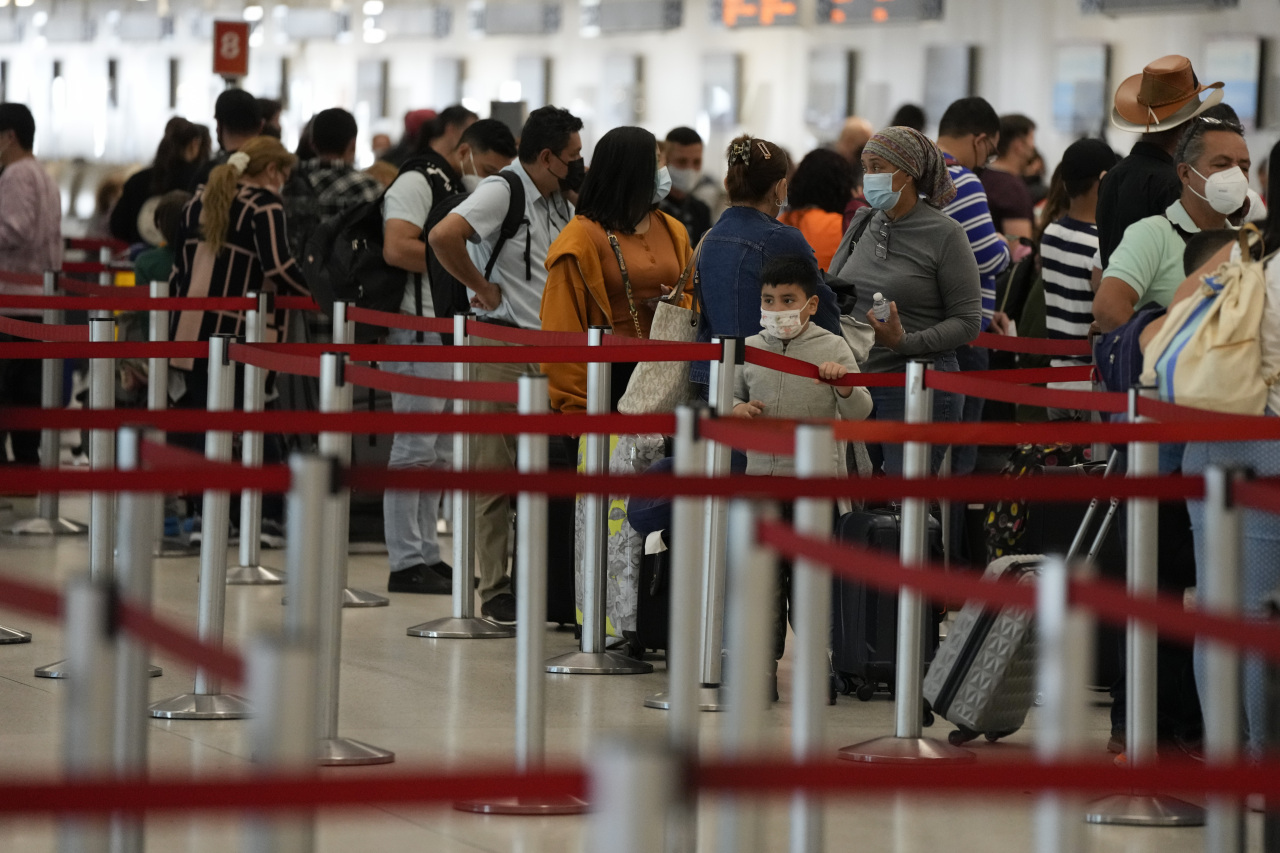 (AP-Yonhap)
“The policy is inherently racist. I understand some of these countries have low vaccination rates, but all countries are suffering from the omicron variant, not just these countries. Why single them specifically out? The blatant discrimination is worrying and deeply saddening,” said the 41 year-old English teacher.

Last week, the US announced the decision to lift similar travel restrictions on eight southern African countries as of New Year’s Eve. White House spokesman Kevin Munoz said on Twitter that the move was recommended by the Centers for Disease Control and Prevention. The ban gave the US government time to verify that the existing vaccines worked against the omicron variant, especially with a booster, he said.

South Korea reported 5,037 new COVID-19 cases on Thursday, among which 67 were new omicron variant cases, bringing the total confirmed cases of the variant to 625.

When contacted for comment, the KCDC said it would issue a detailed response on the matter on Friday.