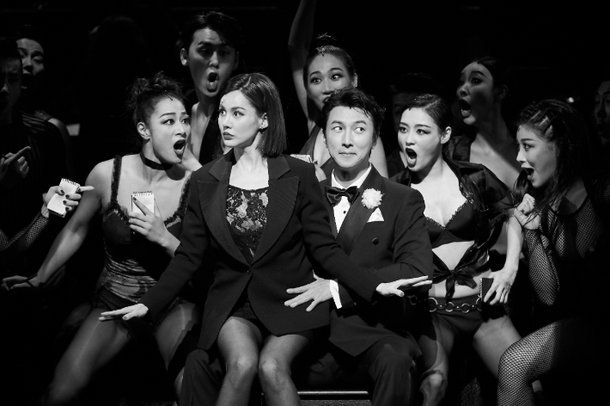 In this month so far, revenue from theatrical plays, musicals, classical concerts and other performances stood at 47.7 billion won ($40.21 million), surpassing the 40-billion-won mark for the first time since the outbreak of the COVID-19 pandemic, according to data from the Korea Performing Arts Box Office Information System (KOPIS).

The December recovery came as the country in November rolled out the “Living With Corona” policy, which the country halted amid a spike in new cases.

Earlier this year, the combined revenue fell to as low as to 3.7 billion won in January, when performing arts theaters had to put two empty seats between every audience member.

In February, however, the rule was relaxed to allow visitors to sit together with an accompanying friend or family member, with one empty seat on each side.

After a steady recovery beginning in January, the revenue in October rose above 30 billion won. The steady recovery is backed by a usual contributor - musicals. South Korea’s musicals usually take up more than 70 percent of the total revenue in the performing arts and this year wasn’t an exception, with 230.9 billion won, or 76 percent of the sales, coming from the art form this year so far. “Wicked,” “Hedwig,” “Dracula, the Musical,” “Chicago,” “Phantom,” “Rebecca,” and “Frankenstein,” are some of this year’s hit musicals.

Meanwhile, the country’s classical music industry suffered due to its reliance on overseas musicians, whose absence contributed to discovery of domestic musical talents.

From August, concerts of overseas artists such as Rudolf Buchbinder, one of the best Beethoven interpreters, and the Vienna Philharmonic were able to be held as they were allowed to be exempted from self-quarantine, but the resurgence of the daily cases of the COVID-19 and omicron variant again forced various concerts to be canceled again.

However, domestic artists were able to fill the gap left by the absence of overseas artists. This year also saw emerging musical talents who were recognized at global music competitions take the spotlight, including 2021 Ferruccio International Piano Competition winner Park Jae-hong, cellist Han Jae-min, the youngest winner of the George Enescu International Competition in Romania, and Kim Gi-hoon, who won the BBC Cardiff Singer of the World competition.