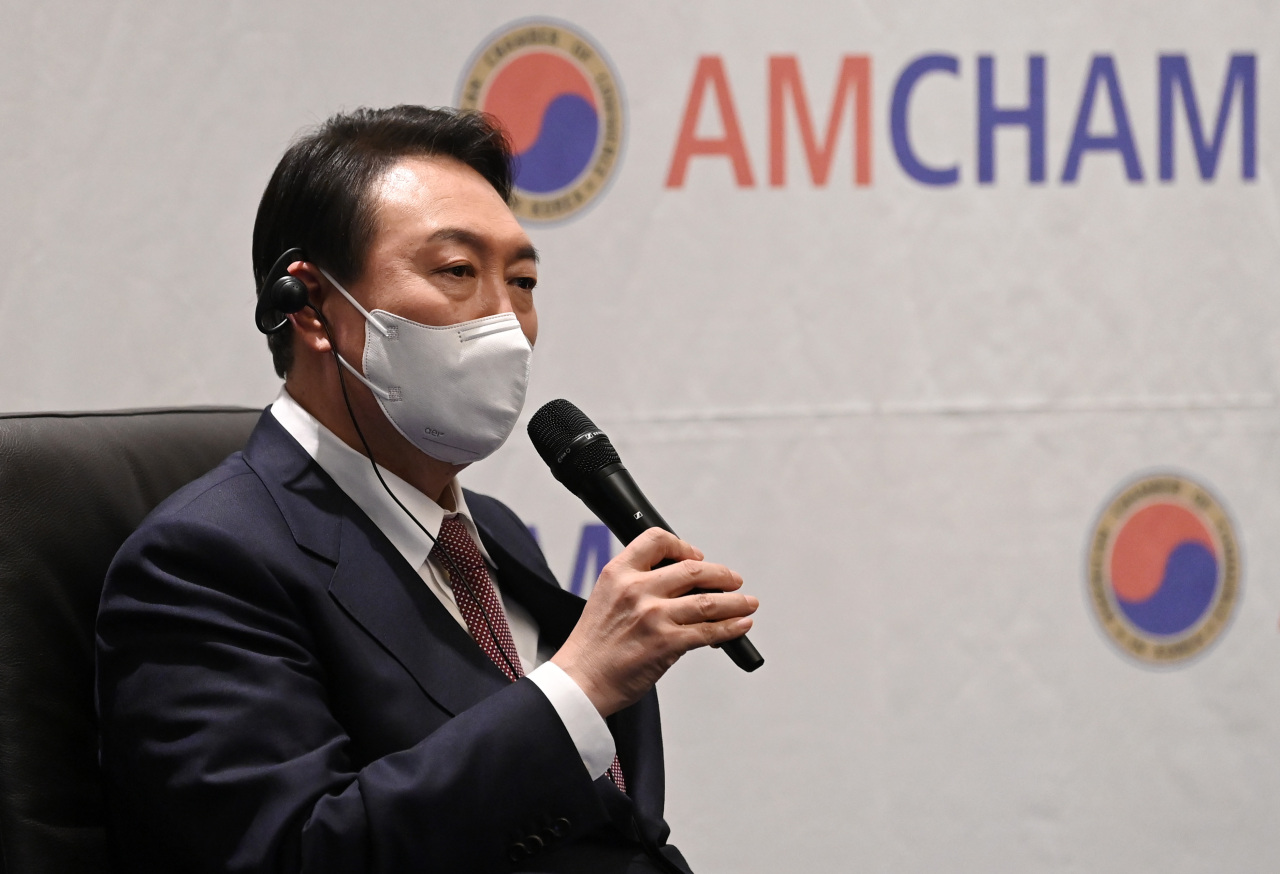 Following the comment, a spokesperson of the ruling Democratic Party’s campaign committee said the comment was “shocking” and “low” to reduce diplomatic relations between countries to whether who likes who.

“China is an important partner in security, economy and climate issues. How can Yoon, who so easily dismisses the relationship (with China), be in charge of South Korea’s diplomacy?” the party’s spokesperson Kang Seon-ah said in a statement.

Yoon made the remark during a discussion hosted by the American Chamber of Commerce in South Korea in response to a question about South Korea’s heavy export dependence on China.

“Though the current administration has adopted policies that skew towards China, most South Korean people, particularly young people, do not like China,” he said.

Yoon added people in South Korea and China used to hold favorable views of each other and blamed the worsening relations on the Moon administration’s pro-China policies.

Former Justice Minister Cho Kuk also slammed the candidate as “determined to ruin diplomacy and security” on Twitter as he linked a news article about Yoon’s remark on China.

“It’s the same level as a far-right YouTuber,” Cho wrote.

Former Justice Minister Choo Mi-ae who served as the chairman of the Democratic Party between 2016 and 2018 also criticized Yoon’s remark as a “ludicrous diplomatic statement.”

The People Power Party came to the defense of its candidate.

“Yoon’s remark from Tuesday pointed out how the Moon government’s timid China policy has led to the worsening South Korea Korea-China relations and emotional conflict between younger generations of both countries,” spokesperson Jang Young-il for the party’s campaign committee said in a commentary.

The gaffe comes as anti-China sentiment in the country has been on the rise.

According to a joint survey conducted by Hankook Research and local newsmagazine SisaIN earlier this year, South Koreans held a less favorable view towards China than Japan and North Korea as of May.

A Pew survey from last year also showed that negative views of China increased around the world in recent years, including in South Korea, where 75 percent held an unfavorable view towards the country, while only 24 percent saw the country favorably.