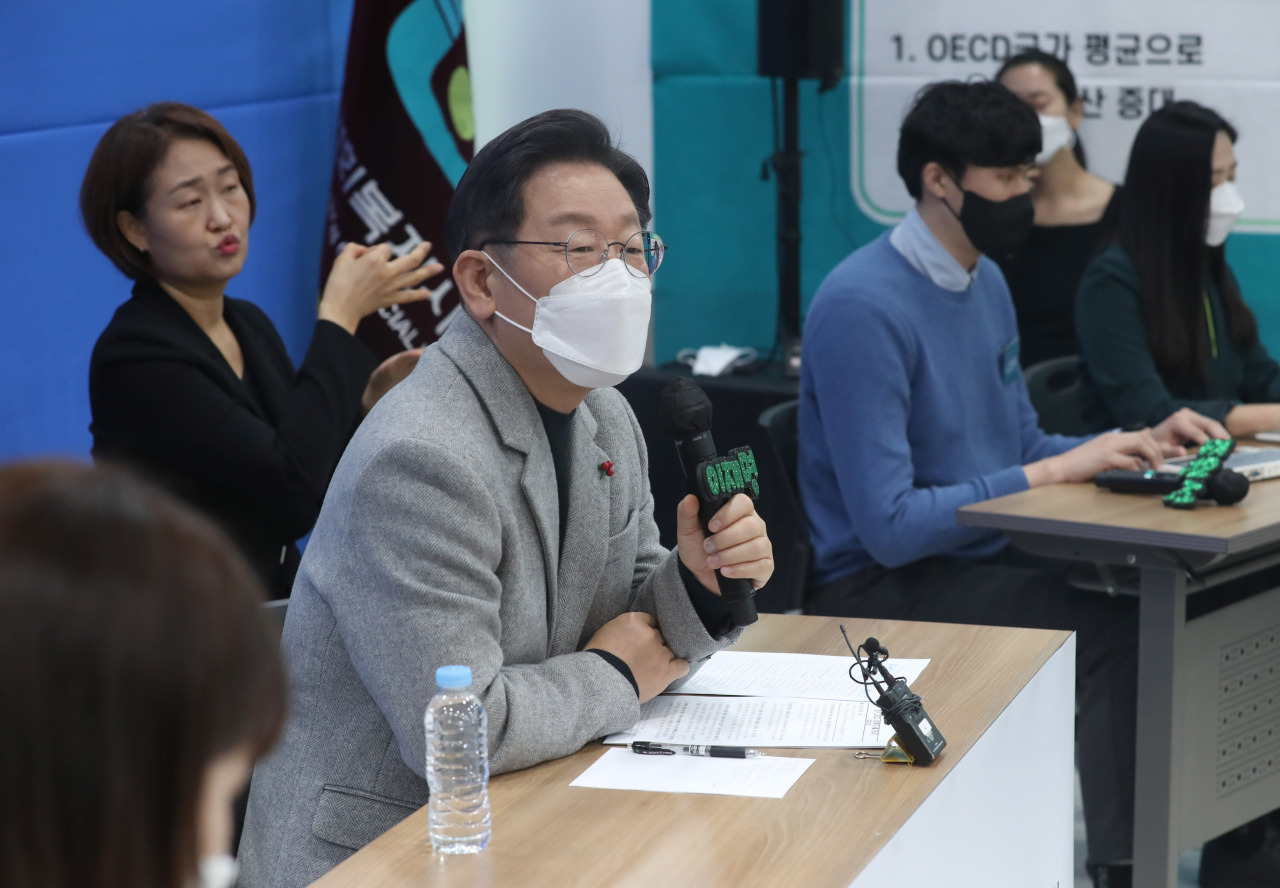 After the government decided to pardon former President Park Geun-hye last week, some conservative supporters have been demanding that Lee, currently serving a 17-year prison term over embezzlement and bribery charges, should also be released.

"We first need to think about whether it helps the national unity and whether we have seen enough result of retribution," the former Gyeonggi governor said of Lee Myung-bak's pardon during a debate hosted by the Korean Local Journalists Club in Seoul. "We also have to consider whether we have achieved the criminal punishment's goal of preventing crimes."

The reaction differs sharply from when the government decided to pardon Park. At the time, Lee said he respects the decision, though he demanded a sincere apology from Park.

"I do want to try things like politics of integration that do not divide friends and foes as well as forming a pragmatic cabinet," he said. "But I do not think there is unity when you condone, overlook and get over problems like nothing has happened."

Asked whether he would consider a coalition with the main opposition People Power Party (PPP) if he wins the March 9 election, Lee said he wants to do it if the PPP does not oppose it.

"Although there seems to be very little possibility, it looks right," he said. "In fact, I heard that the current government also wanted to use people from the opposition bloc but was rejected." (Yonhap)