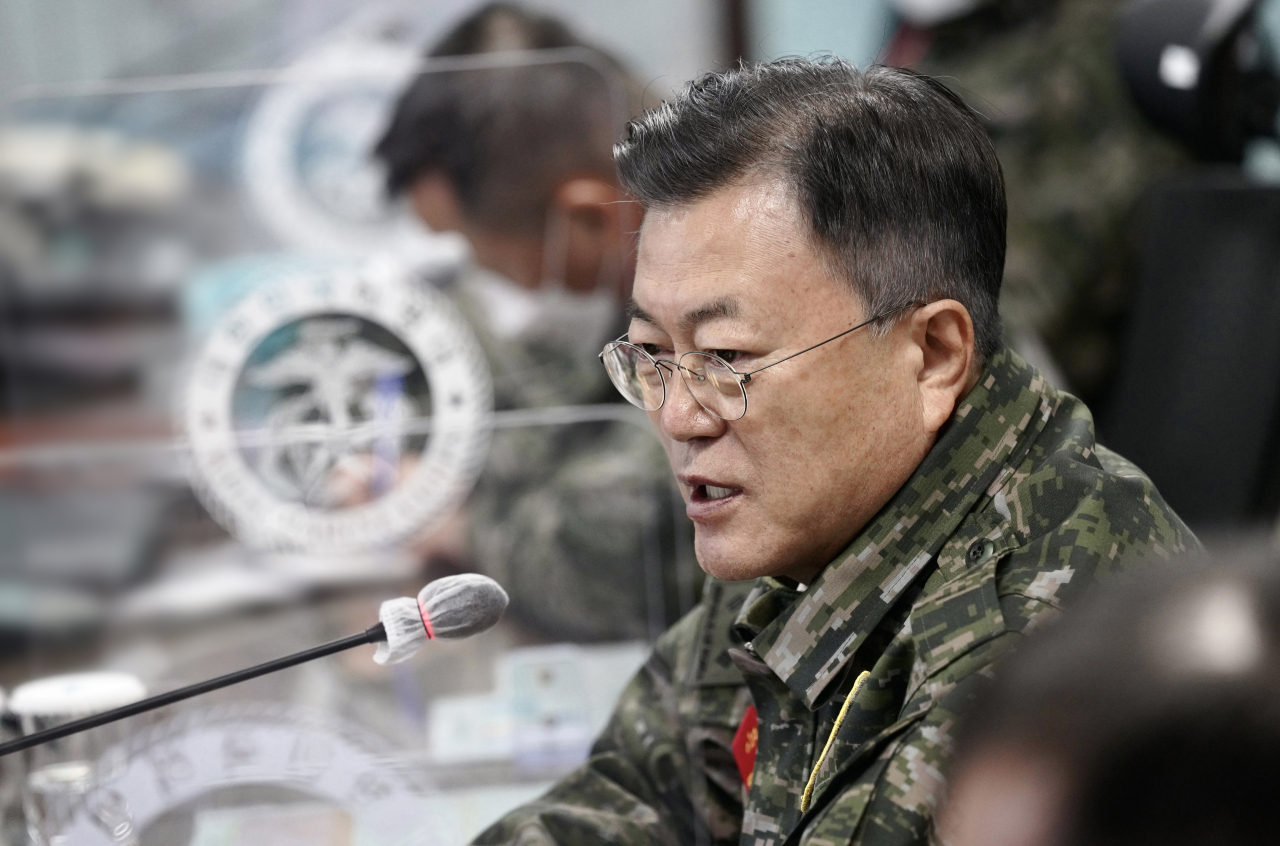 President Moon Jae-in will hold a luncheon with the chiefs of conglomerates, including Samsung Electronics Vice Chairman Lee Jae-yong, to thank them for their participation in a government-led jobs project, Cheong Wa Dae said Friday.

Other likely invitees to the lunch scheduled for Monday include the chiefs of KT, LG, SK, POSCO and Hyundai Motor Group, all of which took part in the project to create youth jobs.

This will be the first meeting between Moon and Lee since the vice chairman was released from prison on parole in August.

The president has previously praised the six companies for committing to train 180,000 members of the labor force. (Yonhap)