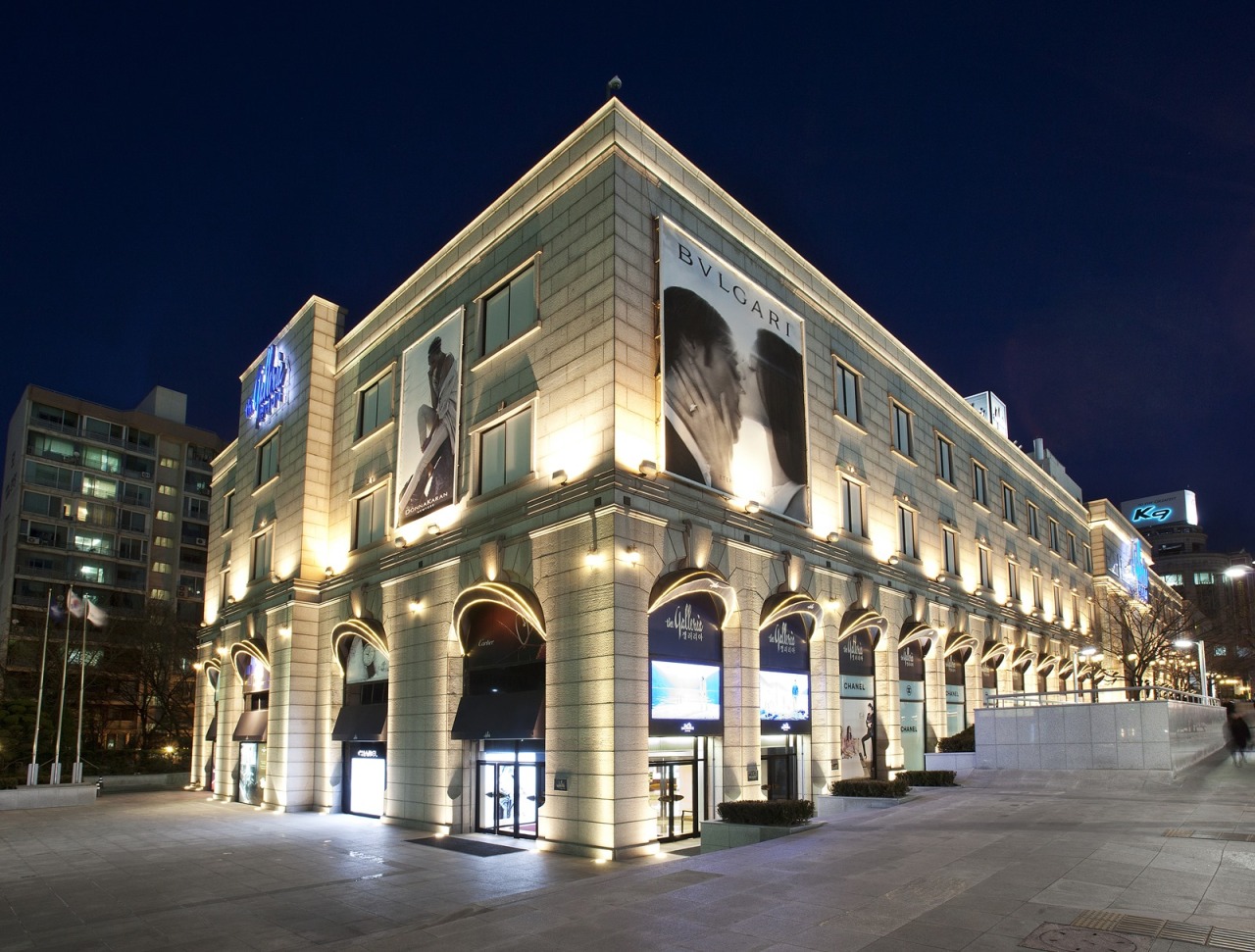 The daily floating population of the Apgujeong Station area was 230,000 on average, which came in at No. 31 on the list. But the average sales per person was 59,000 won, the highest of all commercial districts in the country.

The average monthly sales of the Apgujeong Station area logged 409 billion won, a 60 percent increase from two years ago.

“Luxury stores, high-end restaurants, beauty stores and hospitals are concentrated in the commercial district of Apgujeong Station. It has become a beneficiary area of the phenomenon of advanced domestic consumption due to the coronavirus,” the Geovision research team said.

“While the area around Gangnam Station has slowed down, Apgujeong is growing significantly.”

Since Geovision started analyzing commercial districts in 2012, this year was the first time that the Apgujeong Station area came in first place. The northern and southern districts of Gangnam Station, which had been sitting at the top before this year, were second and third.

Following Apgujeong Station’s rise, the commercial district of Cheongdam Station also jumped 60 spots from two years ago to land at No. 59 on the list, SK Telecom said.

Although the Cheongdam Station area had the lowest number of floating population in the country, it had various luxury brand stores, high-end studios and hospitals that led to bigger sales than other areas.

On the other hand, the commercial district of Samsung Station that came in at No. 9 two years ago slipped to 18th place this year.

“As working from home became popular due to the COVID-19 pandemic, it led to a decrease in the number of floating population and lower sales numbers in the area considering the district’s office-centered characteristics,” the research team said.

“The fact that the offline exhibitions at Coex were less active than before the COVID-19 pandemic also had a great impact.”