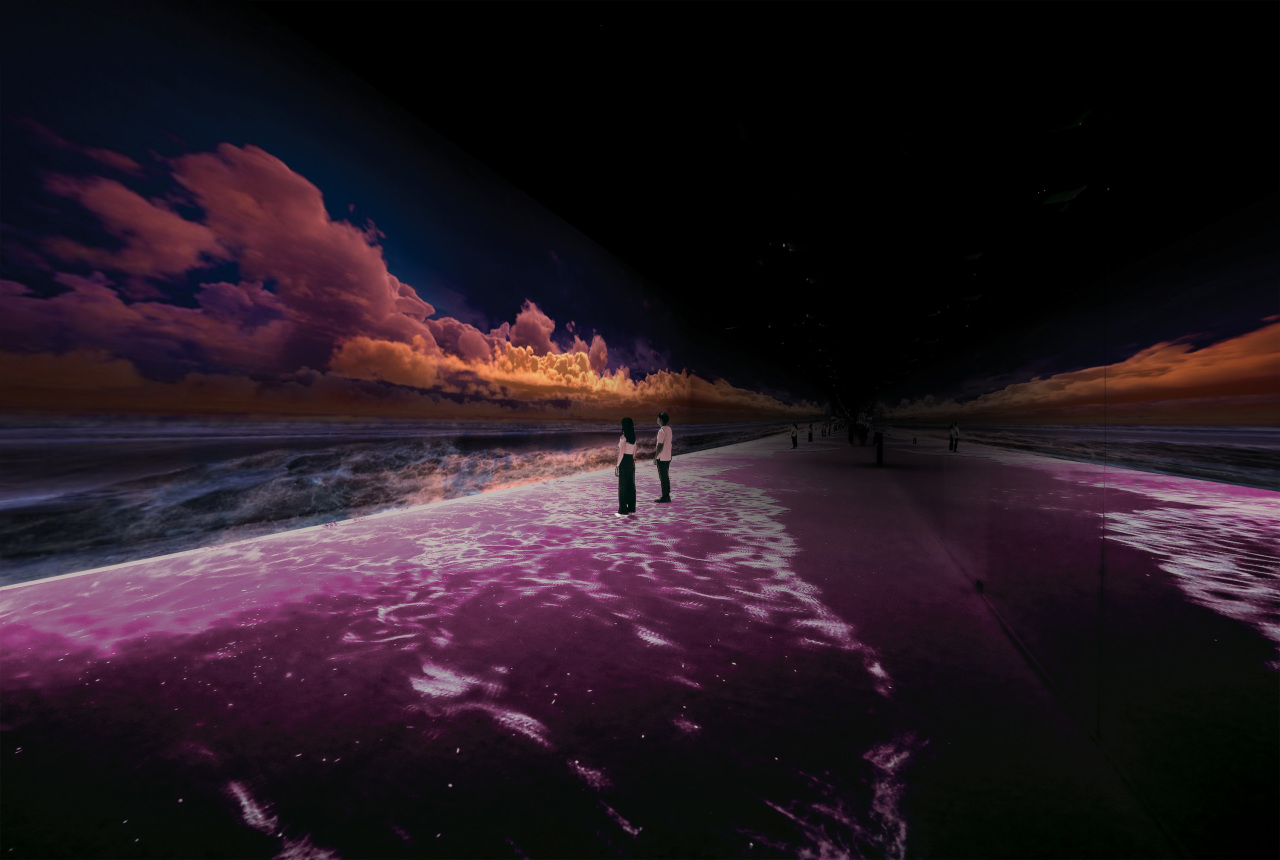 The 4,600-square-meter museum is located in Gangneung and is the third immersive museum founded by d’strict, following Art Museum Jeju, which opened in September 2020, and Arte Museum Yeosu, which opened in August.

Arte Museum Gangneung features a 10-meter-high ceiling that creates a surreal environment. Among the displays is “Waterfall - Infinite,” a magnificent media waterfall that expands infinitely through 14 angled mirrors. Another exhibition, “Beach-Cloud” will make visitors feel as if they were standing in the middle of an endlessly stretching seashore with constant waves.

The museum is open from 10 a.m. to 8 p.m. every day. A visit to Gyeongpo Beach near the museum is recommended to watch the calm and beautiful winter sea to wrap up the year. 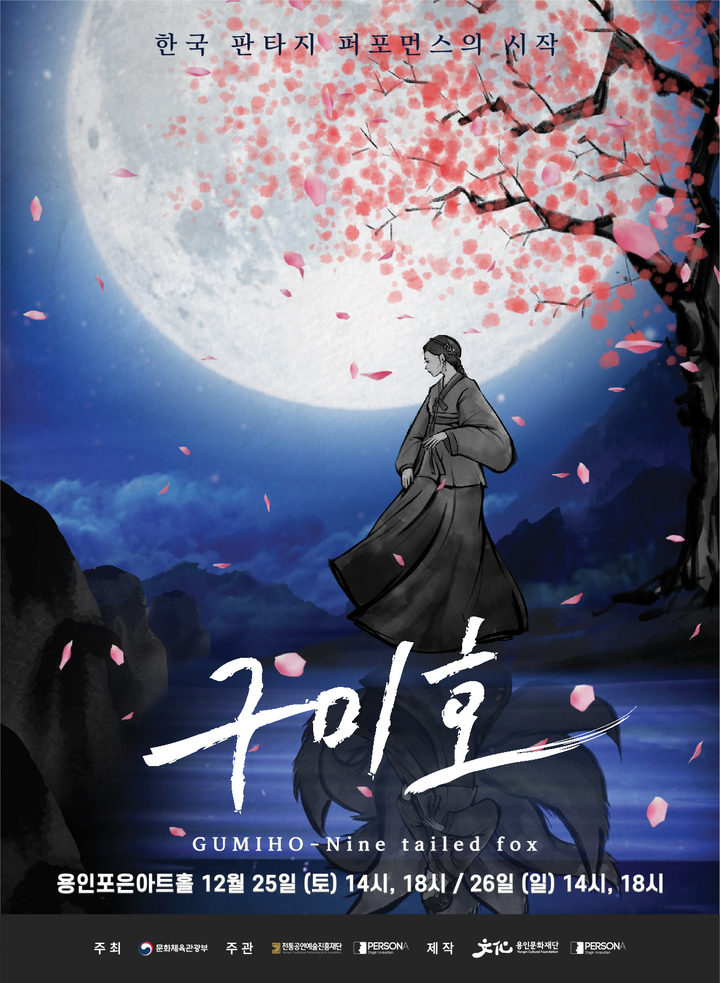 Drawn from the mythical creature found in Korean folktales that is known to seduce men by transforming itself into a beautiful woman, the musical shows a love story between a woman-turned-fox and a human.

The musical seeks to entertain the audience with traditional performances, including tightrope walking, Korean mask dance and “pungmul,” or farmers’ music.

More than 50 actors, ranging from circus performers to martial arts masters, are involved in the project to show jaw-dropping gymnastics, taekwondo moves and high-wire acts.

Tickets are priced at 63,000 won and can be reserved via Naver. 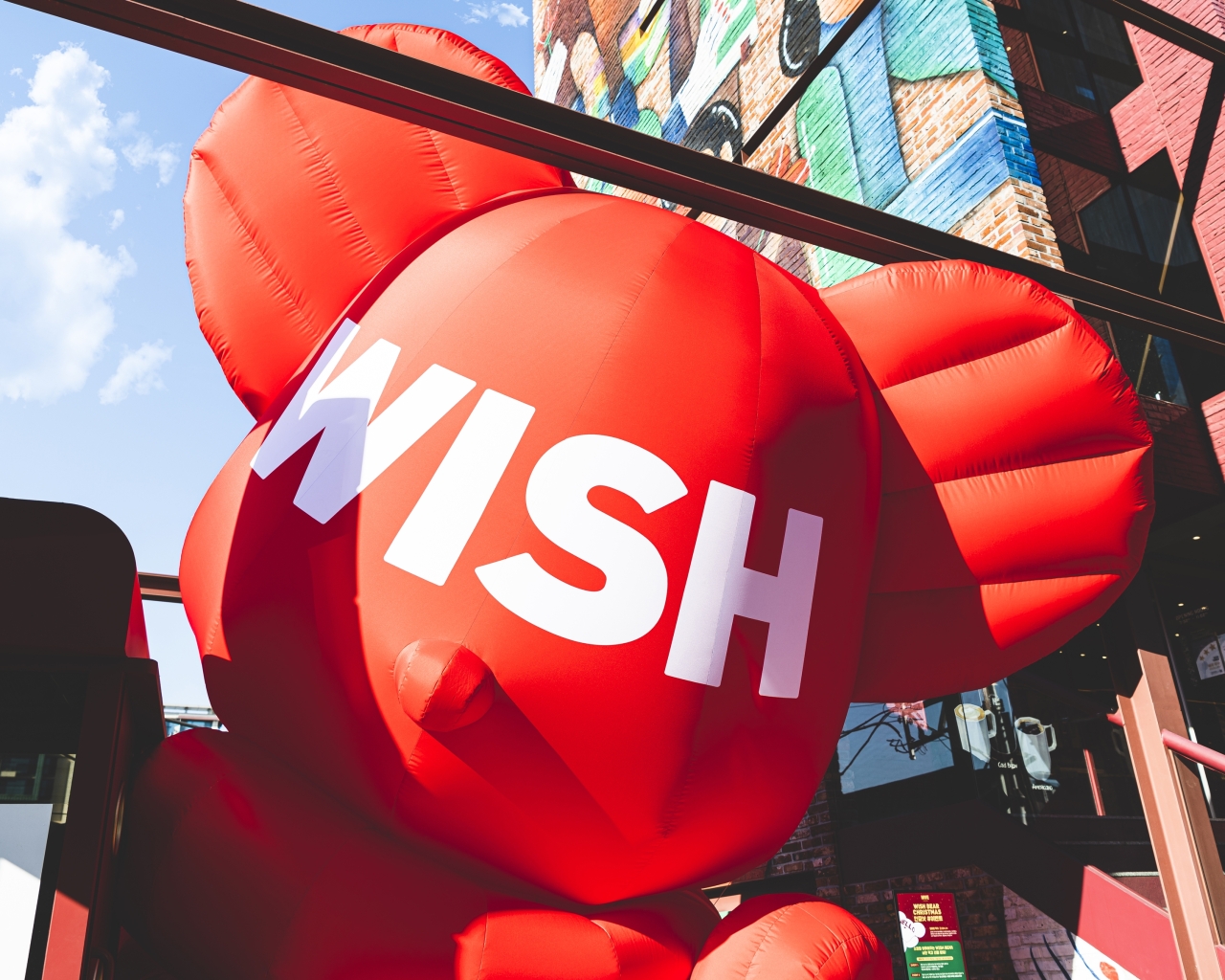 Korean pop artist Lim Ji-bin’s “Wish bear Christmas” is installed at the Baskin-Robbins Hive Hannan store in Yongsan, Seoul. (SPC)
This weekend is the last chance to take a picture with a giant Christmas-themed red teddy bear balloon and get a cup of hot coffee for free at the Baskin-Robbins Hive Hannam store in Yongsan, Seoul.

The five-story building in Yongsan is the first premium cafe outlet under the Baskin-Robbins brand, opening in July this year. The outlet is decorated with unique artwork by artists like Francesca Capone and sells premium coffee and drinks as well as organic ice cream.

For Christmas this year, the ice cream company installed a red bear-shaped balloon created with a theme of Christmas in collaboration with Korean pop artist Lim Ji-bin.

The bear is also part of Lim’s Everywhere project, which aims to turn ordinary spaces into art galleries.

The giant bear, at around 6 meters tall, has “Wish” on its face. The wall that the bear is leaning against has a colorful graffiti painting on it called “Gather and Buzz,” which is designed by the brand Pattern People and graphic artist BFMIN. 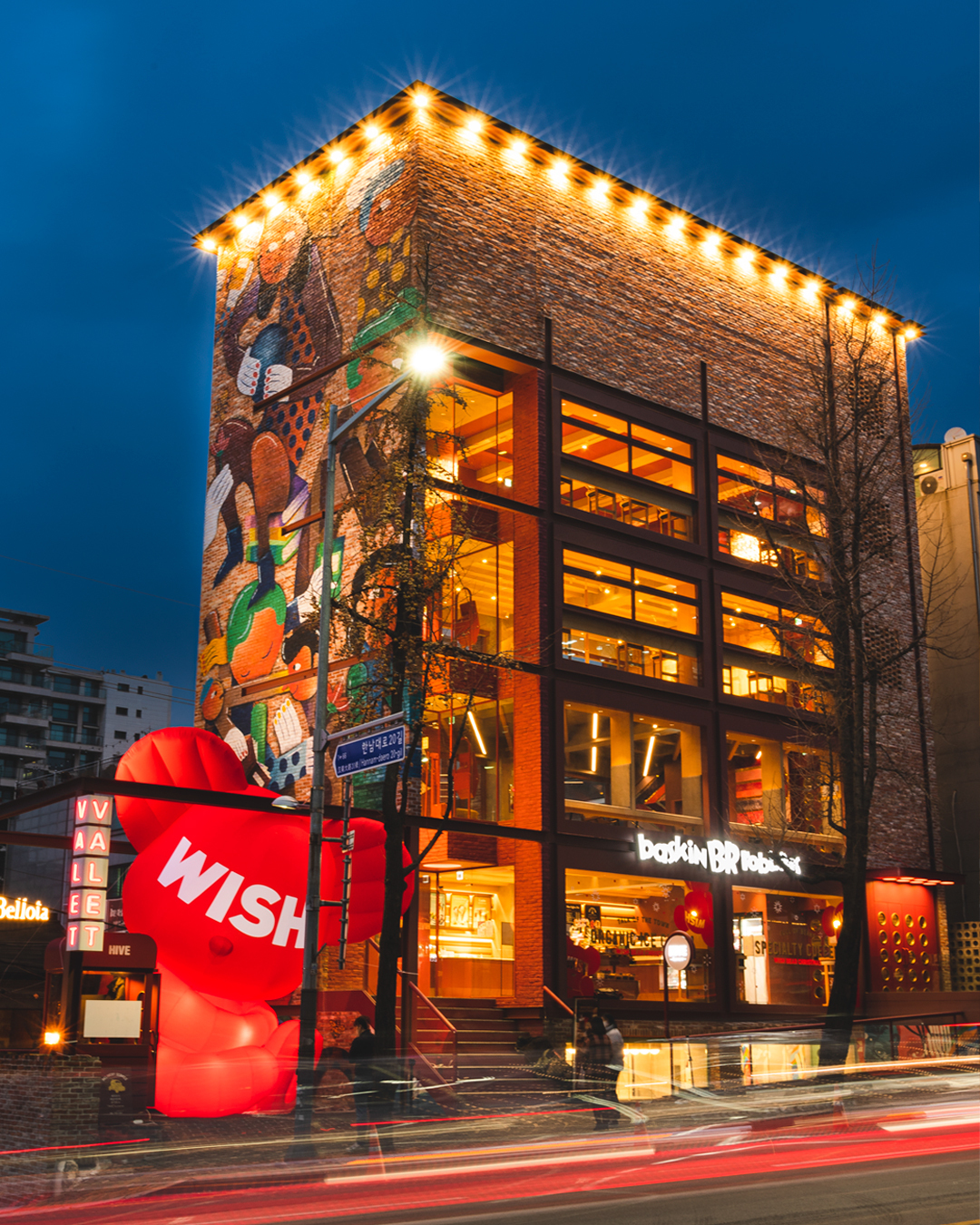 Make sure to take a photo of the bear before entering the store -- those who post such photos on social media with the specified hashtag can get a free cup of Americano.

There are also various Christmas-themed drinks, cakes and desserts offered at the shop.

A cute hot chocolate drink with a chocolate bear topping is recommended for those who want some sweetness this Christmas. Wish bear-shaped cakes are also sold at the store.