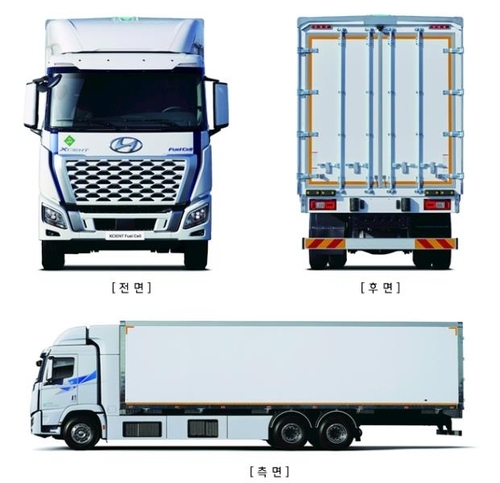 Five 11-ton fuel cell trucks, including Hyundai Motor Co's Xcient, will run on roads in the Seoul metropolitan area and the southern region for the next 12 months, the Ministry of Land, Infrastructure and Transport said in a release.

Two logistics companies -- CJ Logistics Corp., Hyundai Glovis Co. -- and e-commerce giant Coupang Inc. will also participate in the project to deliver international express cargo and steel plates. The government will provide them with subsidies and charging stations, among other support.

The government will use the project to collect data needed to check and establish the overall hydrogen-based logistics system, the ministry said.

South Korea is at a nascent stage with the adoption of fuel cell heavy-duty trucks for transportation. Electric vehicles only account for a portion of light trucks.

The government is aiming to have 10,000 fuel cell trucks on the road by 2030 through various state support, such as building more charging stations and providing a subsidy for purchase.

Replacing one 10-ton cargo truck with an eco-friendly vehicle is estimated to have a similar effect in reducing the greenhouse gas emission to replacing 13 one-ton cargo trucks, according to the ministry.

The government's latest data show that the greenhouse gas emission estimate from cargo transportation by vehicles in South Korea reached about 28 million tons, taking up around 30 percent of the total carbon emission from the entire transportation sector. (Yonhap)