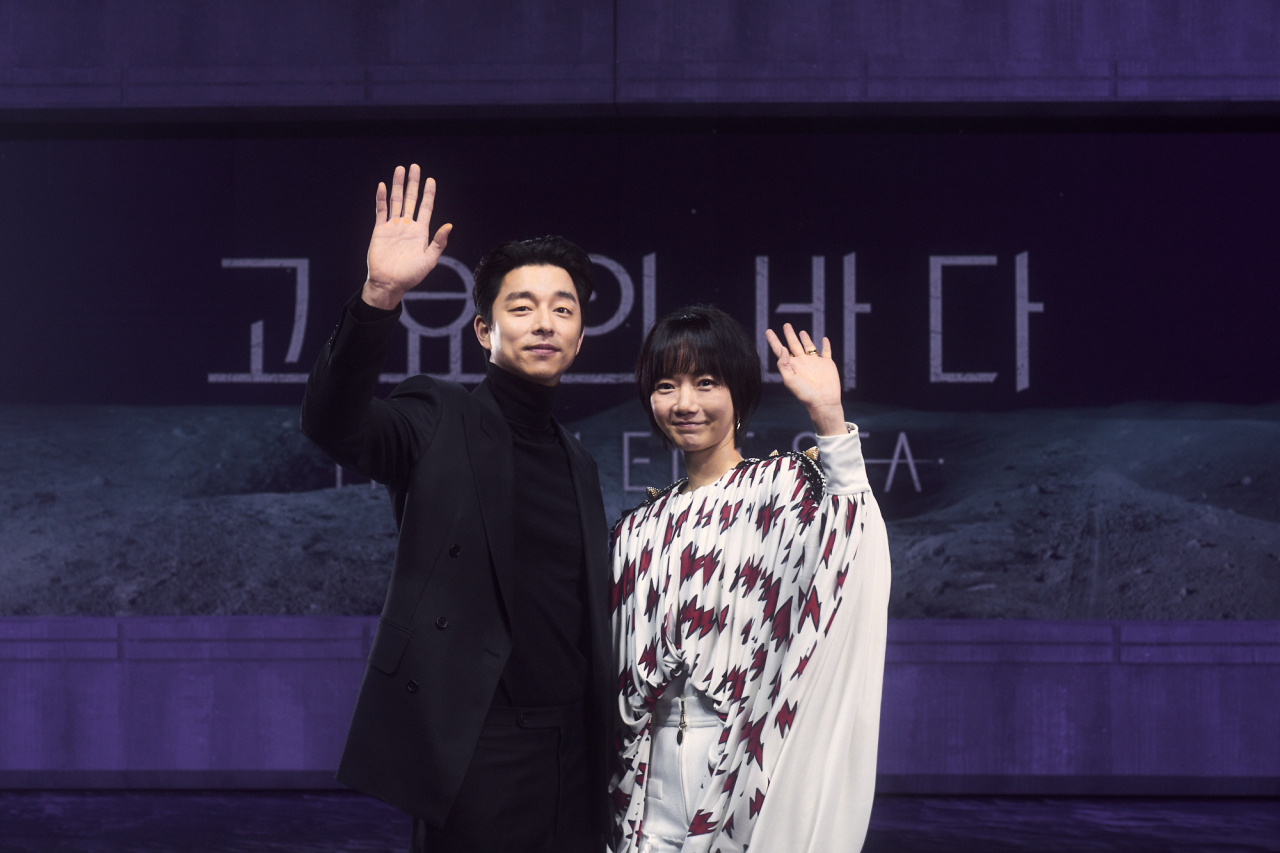 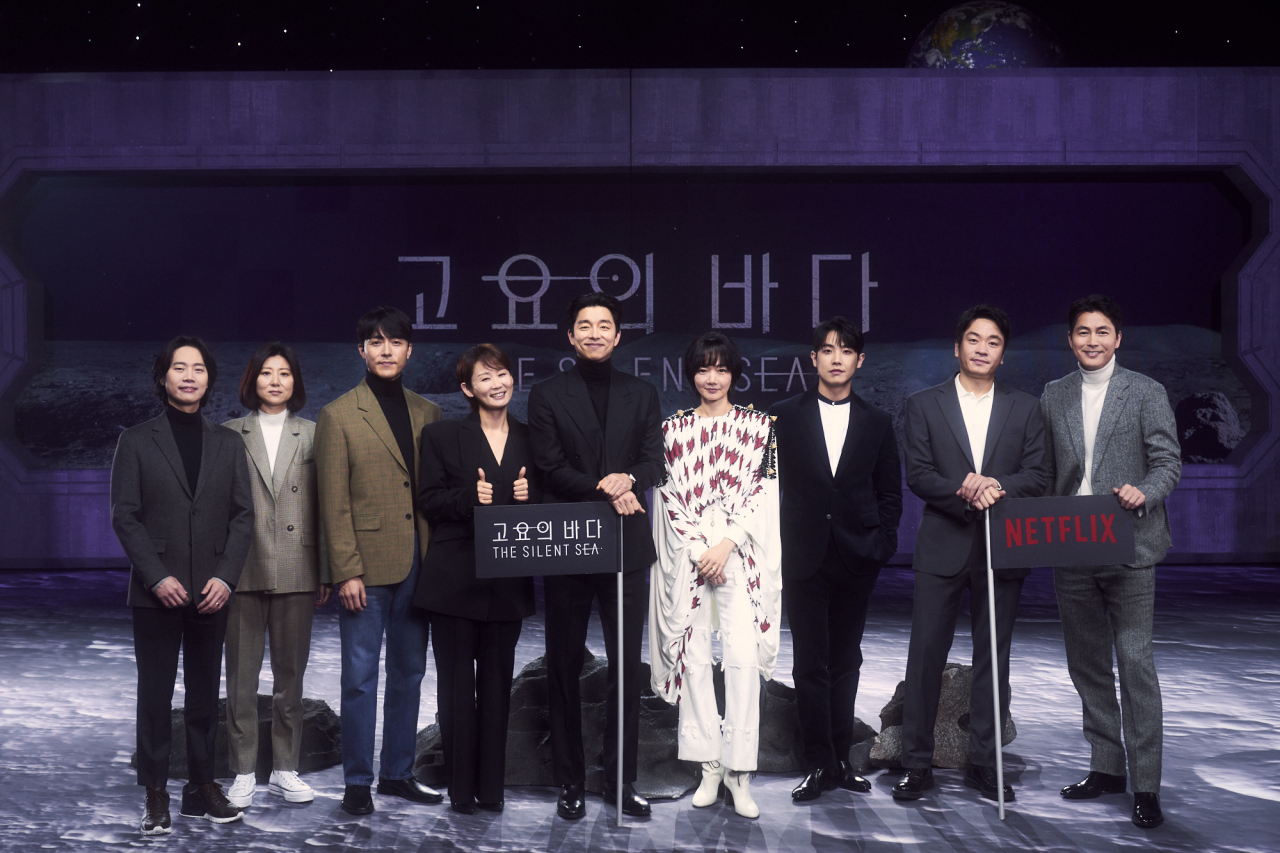 From left: Director Choi Hang-yong, screenwriter Park Eun-gyo, actors Lee Moo-saeng, Kim Sun-young, Gong Yoo, Bae Doo-na, Lee Joon and Lee Sung-wook and producer Jung Woo-sung pose for photos before an online press conference Wednesday. (Netflix)
For most of the cast and staff of Netflix’s “The Silent Sea,” they jumped at the chance to join the production of the sci-fi thriller series, quickly overcoming any hesitancy.

“I think I was a little reluctant about starring in a Korean space-related project. Even after receiving the scenario, I was uncertain about the moon exploration series. But my attitude completely changed after watching the director‘s short film ‘The Silent Sea,’” Bae Doo-na, who took the role of elite astrobiologist Song Ji-an, said in an online press conference Wednesday.

“After learning that it was his graduation project, I was shocked and amazed by how incredible his short film was. I did not know much about the director, but he made me feel that I should take up the challenge and be part of this space project,” Bae added.

The upcoming mystery thriller, an adaptation of a short film of the same title by director Choi Hang-yong, 40, was created as the director’s graduation project at the school of film, TV and multimedia at Korea National University of Arts in 2014.

The film was shown at the Mise-en-scene Short Film Festival in 2014, where the project attracted attention from veteran actor Jung Woo-sung to reproduce the project into a drama series.

The series is about a group of space explorers on a classified mission to an abandoned research facility on the moon.

“I was mesmerized by the unique concept, which built the entire universe of ‘The Silent Sea.’ Though creating a sci-fi series in Korea was and is still regarded as a big challenge, I believed that this could be a good chance to try a Korean style sci-fi project,” Jung said. 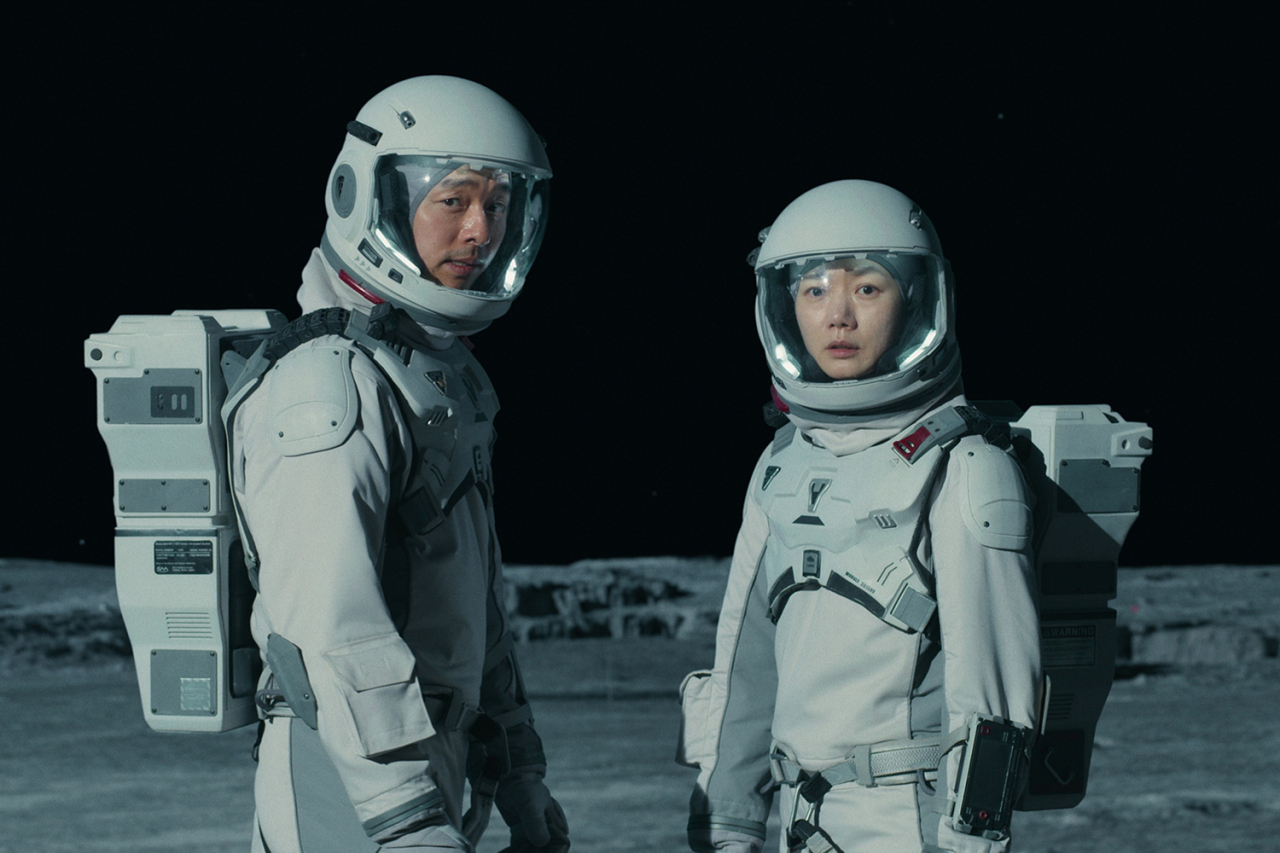 Gong Yoo and Bae Doo-na head to the moon for a classified mission in “The Silent Sea.” (Netflix)
On his short film-turned-Netflix series, Choi said, “There are many space-related films and series, but not necessarily about the moon. Though we are very close to the moon, I realized that we do not know much about it. This triggered my interest and made me shoot a sci-fi project.”

The director was excited to present “The Silent Sea” as a Netflix series, because he was able to develop the story in a greater scope than in his 37-minute film. But translating the moon’s landscape to the screen was no easy task.

“The texture of light had to be different, because there is no atmosphere on the moon. Because there’s no wind, the cuff and hair do not fly. These were some of the examples that we kept in mind to bring a good series to the viewers,” Choi added. 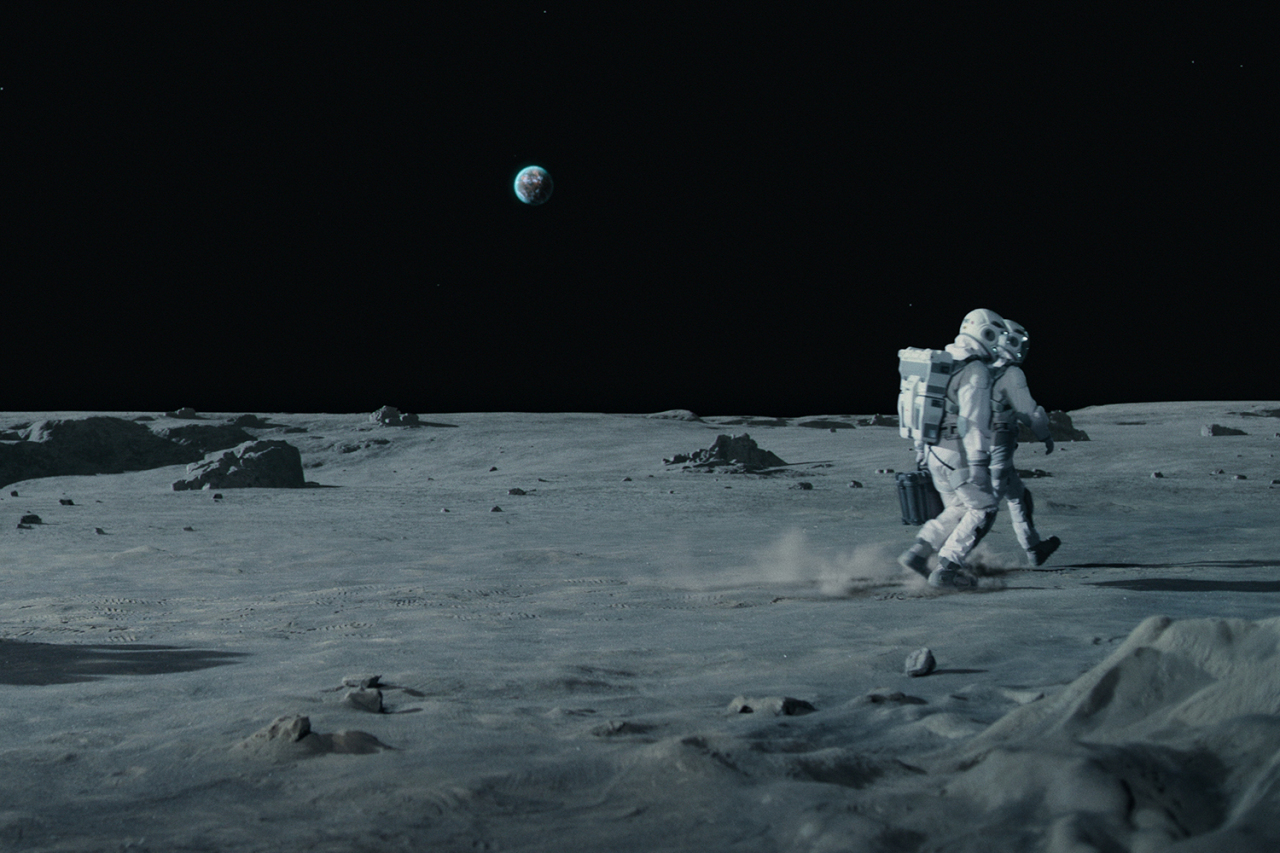 “The Silent Sea” revolves around a group of space explorers on a classified mission to an abandoned research facility on the moon. (Netflix)
Gong Yoo, who previously made his Netflix debut with a brief appearance on “Squid Game,” was honored to take part in this project.

“Unique setting, interesting scenario and amazing cast aside, I was personally interested in a dystopian world and stories about the near future,” said Gong. “I was disappointed that Korean contents were lacking in diversity, where similar stories and genres were consumed. As an actor, it was a great honor to be part of the series, which provides an opportunity for Korean films and series to expand their genre.”

Toward the end of the conference, screenwriter Park Eun-gyo shared her thoughts about the upcoming Netflix series.

“Because Korea did not have many sci-fi projects, I was surprised about the lack of data and experience that could be referenced in writing about the space-related series. There were not a lot of seniors who could offer advice. I think this was the challenge for me in developing the short film into an eight-part series,” Park said.

The upcoming sci-fi thriller will release on Netflix on Friday.