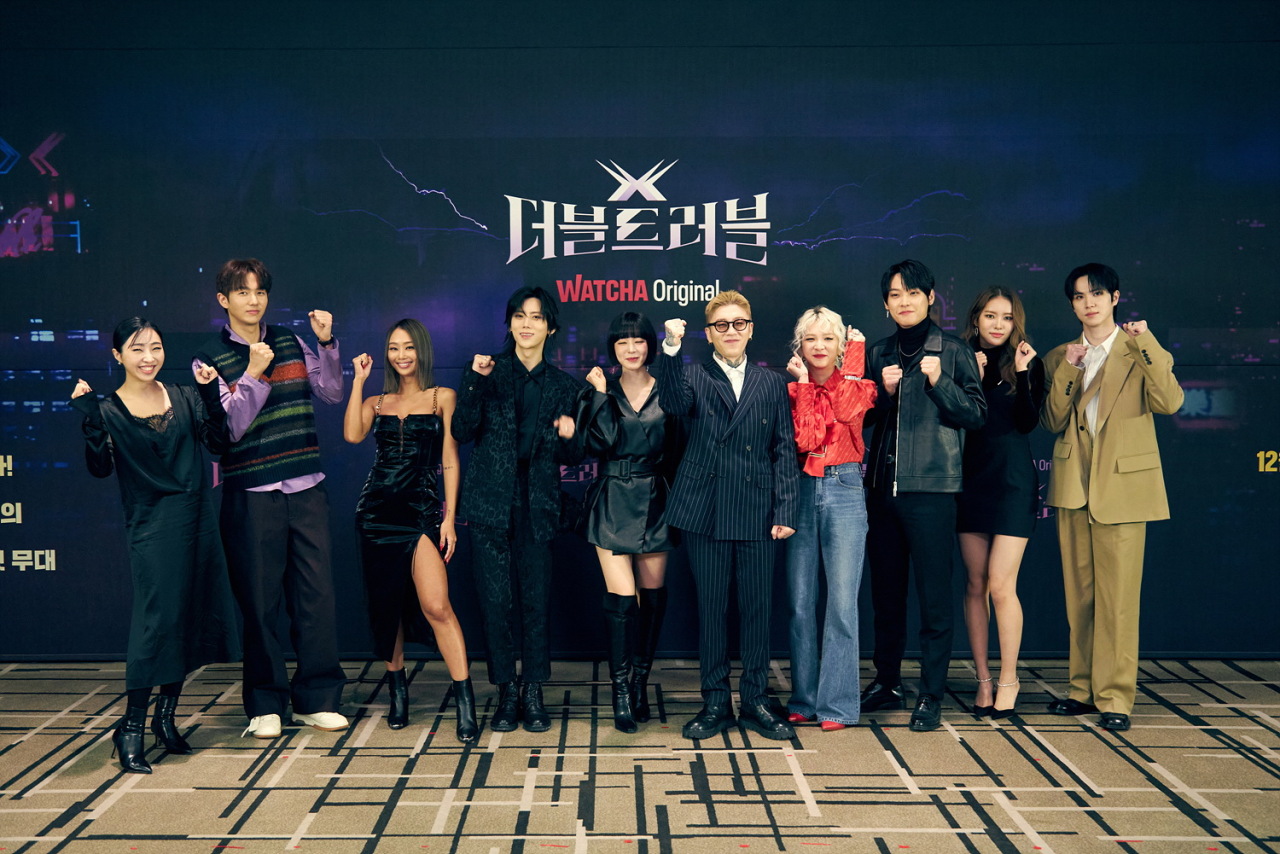 “Double Trouble” presents a series of performance battles in which 10 male and female idol members compete for the title of “Best Duo.”

During its 10-episode run, the artists will pair up with different partners to put on five performances.

“K-pop idols often take to the stage together for special performances on TV programs and year-end awards ceremonies. What’s special about the program is that it focuses more on the 10 idols search for stage partners,” Lee Seung-jun, a producer of the program, said during an online press conference Tuesday.

The singers said during the press conference that, with opportunities to go onstage greatly reduced since the pandemic hit, “Double Trouble” gave them a chance to quench their thirst for stage performances. The chemistry of mixed duets will likely be a key uniqueness of the program, they added.

Jang Hyun-seung, who returns to the music scene for the first time in four years through “Double Trouble,“ said that he has long been aware that his fans are awaiting his comeback. If he does not appear on “Double Trouble,” he would no longer be able to be onstage, the artist said about resuming performance after the long hiatus.

Choa, who also decided to make her come back from a nearly three-year hiatus after leaving her team, said she wanted to find her “real style” as a musician. At the same time, she promised to put in a lot of effort into presenting quality performances through the show.

“Double Trouble” will air its first episode at 6 p.m. Friday.