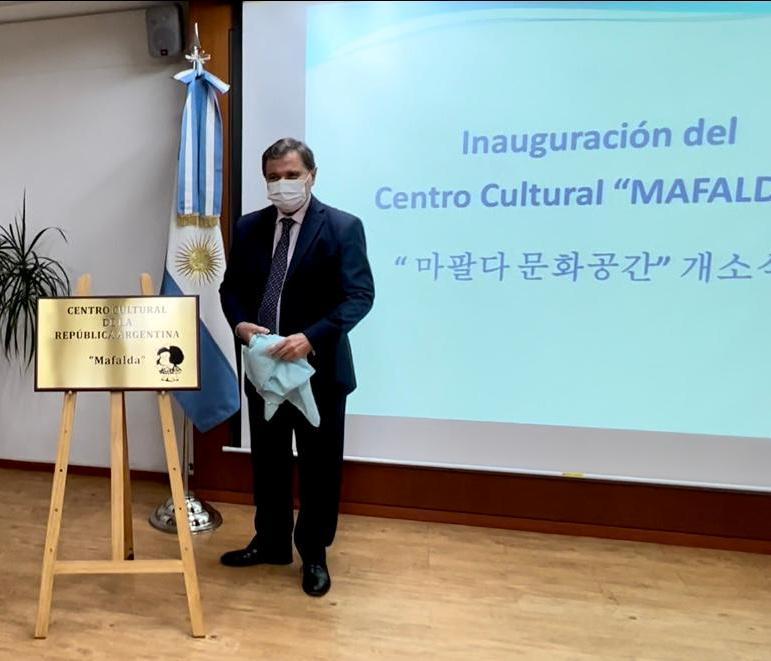 Mafalda is a cultural icon for Argentinians that originates from title of a comic strip character started in 1964 created by Joaquin Salvador Lavado Tejon also known as Quino.

The cartoon was eventually published in 27 languages.

Mafalda is the name of curious, lively and dedicated 6-year-old main character girl intending social equality and highlighting rationalism that became a symbol of Argentine customs and individuality.

Mafalda’s sharp observations of the adult world ensured the comic’s popularity between 1964 and 1973, when Latin American countries were undergoing military dictatorship.

Inaugurating the Mafalda Cultural Space in Seoul, Argentine Ambassador to Korea Alfredo Bascou highlighted the importance of 60th anniversary of diplomatic ties between Argentina and Korea in 2022.

“We opened the Mafalda Cultural Space to get closer with Koreans who value life with culture,“ the ambassador said.

Bascou hoped that cultural activities would serve as a bridge between Argentina and Korea, solidify friendly relations and strengthen diplomatic relations such as trade and politics.