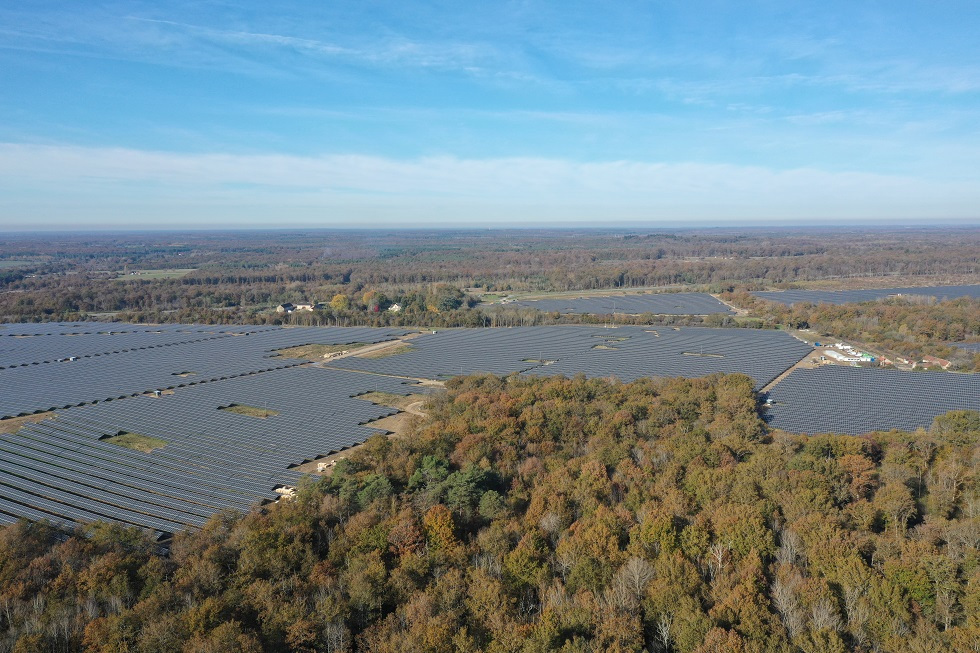 According to the solar business unit of Hanwha Group, its 126,000 solar panels will produce up to 64 gigawatt-hours of electricity per year -- enough for 71,000 people -- at Total’s solar farm that spans 107 football fields.

“Over the course of 30 years, the solar farm will curb carbon emissions worth 550,000 metric tons,” a Hanwha Q Cells official said.

Hanwha Q Cells’ panels received the French Energy Regulatory Commission’s low-carbon footprint certification, which was introduced in 2011. To supply solar panels to public solar projects, certification is required. Starting this year, certification standards have become more stringent, requiring solar panels to emit carbon not exceeding 550 kilograms per kilowatt, which is stricter than the previous threshold of 750 kilograms per kilowatt.

The movement to produce clean electricity with low-carbon solar panels is spreading across Europe, which is making preparations to introduce a system called Product Environment Footprint.

Some 70 percent of the solar panels Hanwha Q Cells sold in France this year were low-carbon, with the firm aiming to add newer low-carbon models to the lineup in the second quarter of next year.