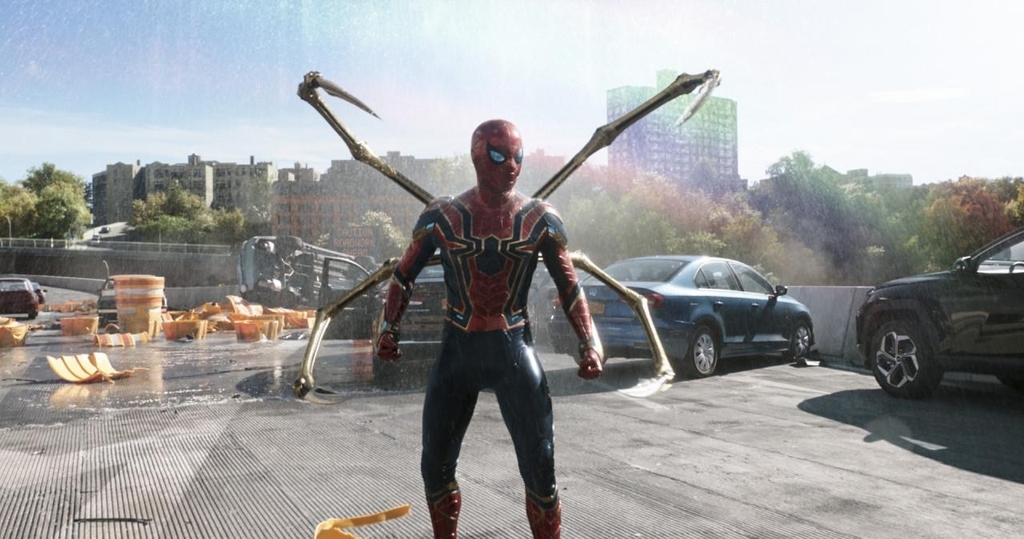 The blockbuster attracted 1.74 million people from Friday-Sunday, bringing its cumulative total to 2.27 million in the five days following its release, according to the data by the Korea Film Council.

It is the largest five-day record by a film released since the COVID-19 pandemic started early last year, outnumbering the No. 1 hit "Deliver Us From Evil" (2020) and "Peninsula" (2020) with 2.02 million and 1.8 million last year, respectively.

Since its premier last Wednesday, the latest Spider-Man movie has been breaking pandemic-era records in South Korea, including the best opening-day score of 640,000.

Thanks to the stellar performance by "Spider-Man," a total of 1.83 million people went to theaters over the Friday-Sunday period, up sharply from 388,000 from a week earlier.

The three-day figure marked the largest since the pandemic, beating the previous record of 1.8 million in August last year led by "Deliver Us From Evil." (Yonhap)