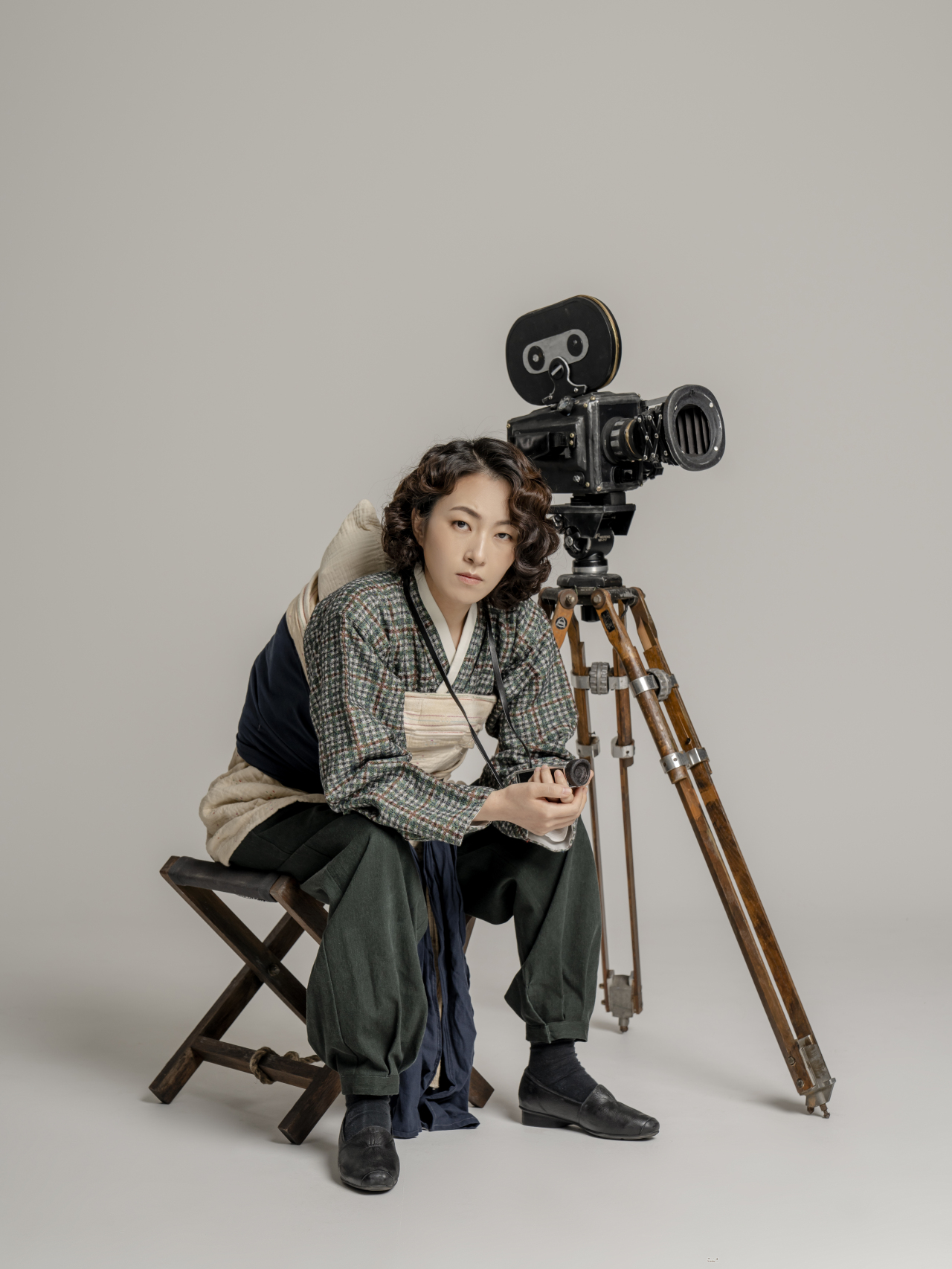 Changguek actor Lee So-yeon plays Park Nam-ok in “Apres Girl.” (The National Theater)
A 30-something female filmmaker strives to make her first movie, a film about a widow; it’s a commercial failure and, ironically, she gets divorced shortly afterward. Although this trajectory of trial and failure feels common in modern society, now imagine this same story occurring in 1954, right after the Korean War. This is no fiction, but rather the real life of South Korea’s first female filmmaker, Park Nam-ok.

The movie director’s story has been brought back to life in “Apres Girl,“ which debuted at the National Theater of Korea last Friday. The phrase ‘apres girl’ became synonymous in post-War Korea with the idea of a modern woman who refused to be tied down by traditional values. Park is, for many, the archetypal ‘apres girl.’ Even her movie, “The Widow,” is considered ahead of its time in its multilayered portrayal of womanhood.

Born in 1923, shot-putter-turned-filmmaker Park faced an uphill battle in creating this movie: She had to carry her newborn baby on her back during the majority of filming, and needed to cook for both cast and crew to cut down on production costs.

Lee has already experienced success in applying her skills as a pansori singer to Changgeuk, having starred in “Madame Ong,” a highly successful Changgeuk production that received acclaim from both traditionalists and more modern audiences. Despite her wealth of experience, she said that this production is a test of her stamina as a performer in many ways.

Lee said that playing an historical character poses its own challenges.

“Within fictional narratives, I have freedom to shape my character, whereas, especially as this was my first time playing a historical figure, I tried instead to learn as much as possible about her.”

“I also felt responsible for embodying Park’s dream. I can only imagine how much she must have fought to not only chase her dream but accomplish it, especially during that time period,” Lee added.

Lee too has experienced the challenge of breaking gender barriers within her art form, and is one of the few women to have mastered “Jeokbyeok-ga” or “The Song of the Red Cliff,” one of the five surviving traditional pansori narratives. A tale about a military hero, Jeokbyeok-ga has long been considered only suitable for male pansori singers.

Despite this preeminence, Lee has had a long and rocky relationship with her art. As a teenager, she considered abandoning pansori, which she felt had been forced upon her by her father, who had never fulfilled his own dreams of becoming a singer. “My whole attitude to the art form changed, however, after my audition for the Changgeuk production of ‘Chunhyangjeon,’ or “The story of Chunhyang. This marked for me the discovery of my own dream to become a (Changgeuk) singer, rather than my father’s.” 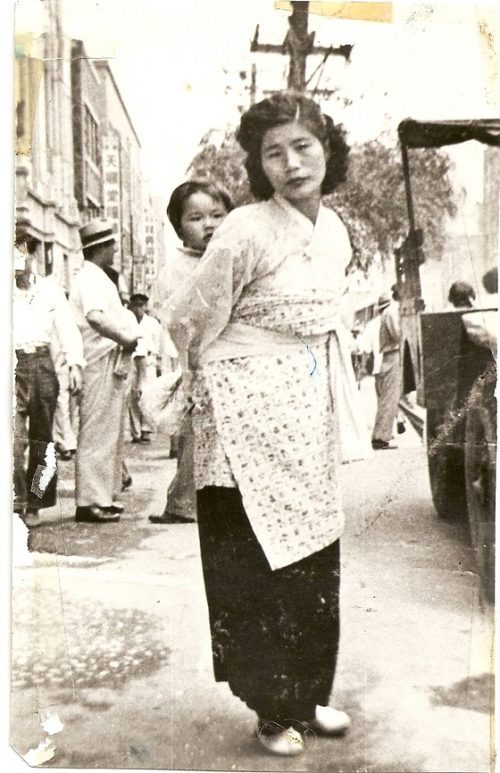 A photo of Park Nam-ok and her daughter taken while filming her movie “The Widow.” (The National Theater)
Indeed, as an artist pursuing her own dream, Lee can empathize with much of Park’s experience.

“The hardships that Park experienced as a filmmaker will likely resonate with the experiences of many in this generation including me, which is why I hope this show gives both women and men both comfort and courage.” Lee said.

This production, the brainchild of a 20-year collaboration between director Kim Kwang-bo and playwright Ko Yeon-ok, is also a historic milestone within the National Theater of Korea as it is the first time the National Theater’s in-house dance troupe, folk opera artists and orchestra have joined forces in around 10 years.

Although the show premiered in January of this year, this initial run was cut short by the pandemic. This revival, which features a cast of performers twice as large as the debut production, will run until the end of this year at the newly renovated National Theater of Korea.

English subtitles are provided for this production.