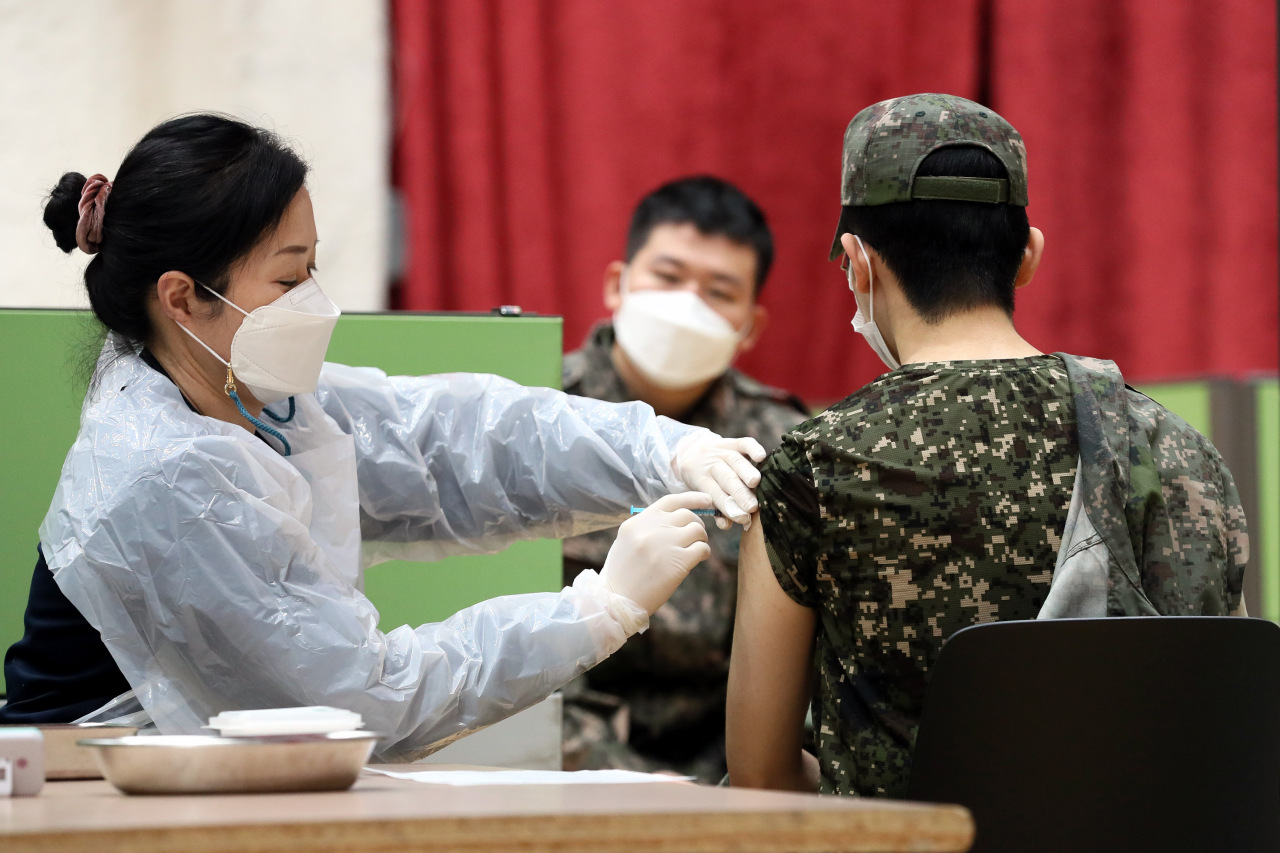 A soldier gets a booster shot at an inoculation center in Yongin, 49 kilometers south of Seoul, in this photo released by the Ministry of National Defense on Wednesday. (Ministry of National Defense)
South Korea is considering sending COVID-19 vaccines for booster shots to its troops abroad, officials said Friday, amid concerns over breakthrough infections and the omicron variant.

It initially sought the local supply of additional vaccines needed for booster jabs. But it has begun consultations with the Korea Disease Control and Prevention Agency on the direct provision of vaccines, as they may not be readily available in some areas and there may be shortage of medical facilities, they said.

South Korea has a total of around 1,000 troops stationed in the Dongmyeong unit in Lebanon, the Hanbit unit in South Sudan, the Akh unit in the United Arab Emirates (UAE) and the Cheonghae unit on anti-piracy missions off the coast of Africa.

The military launched the booster program in South Korea earlier this week with a plan to inoculate around 400,000 people by mid-January. Many members of the Cheonghae unit were diagnosed with COVID-19 and airlifted home in July. (Yonhap)