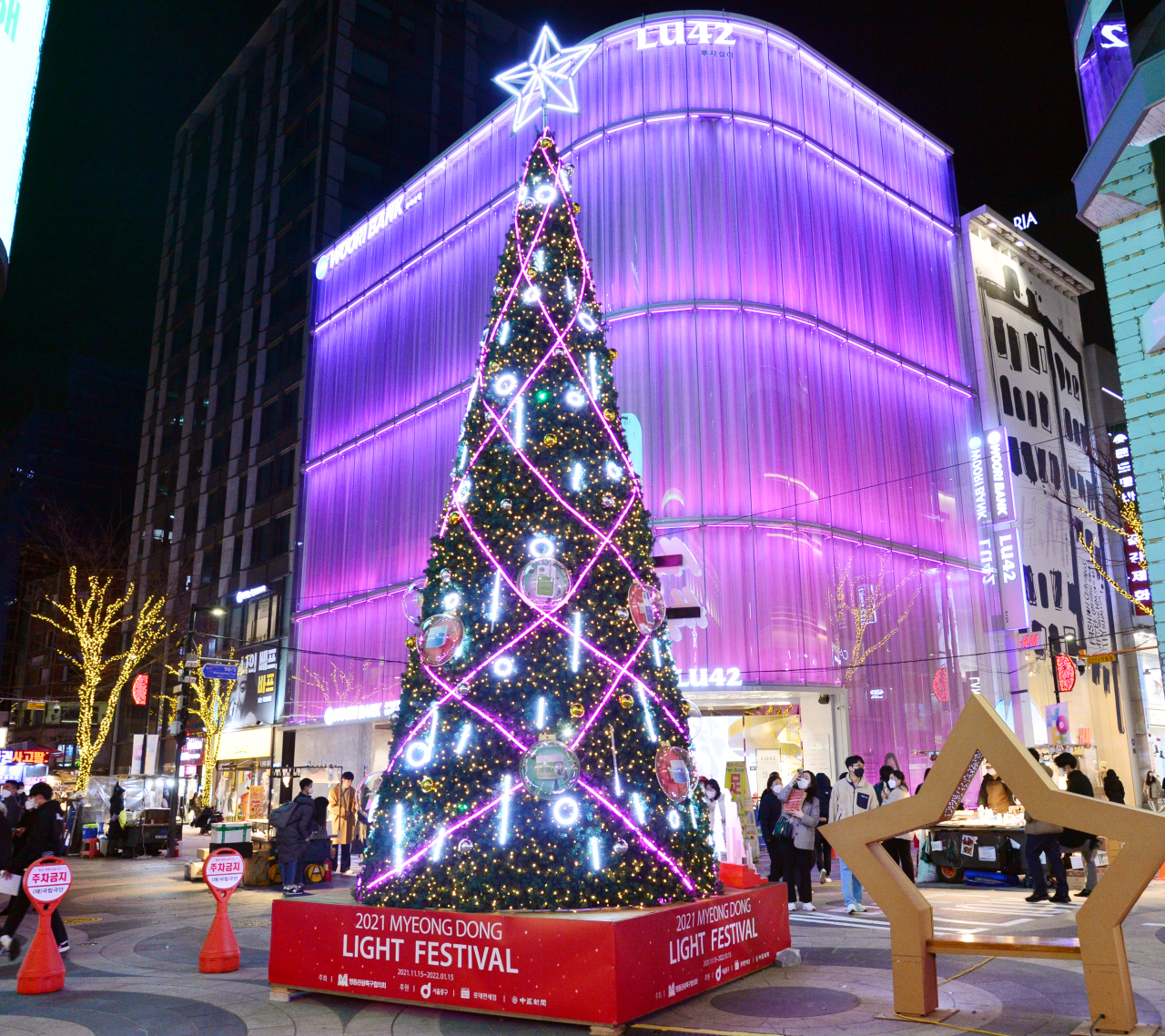 We may be heading into the darkest winter of the COVID-19 pandemic, but Myeong-dong wants us to keep our spirits bright. 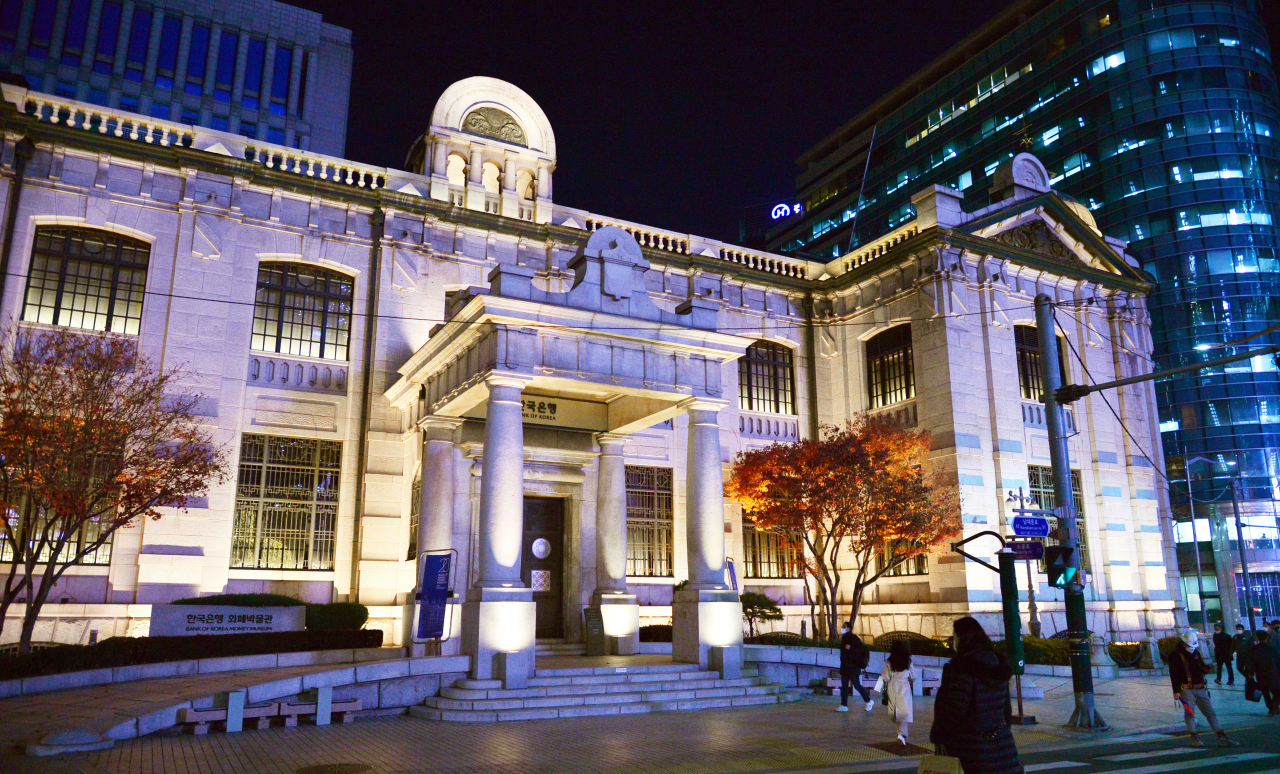 The once-bustling shopping mecca of Seoul is not busy as it used to be pre-pandemic, but it is twinkling, sparkling and shining brighter than ever before with extravagant Christmas light displays. 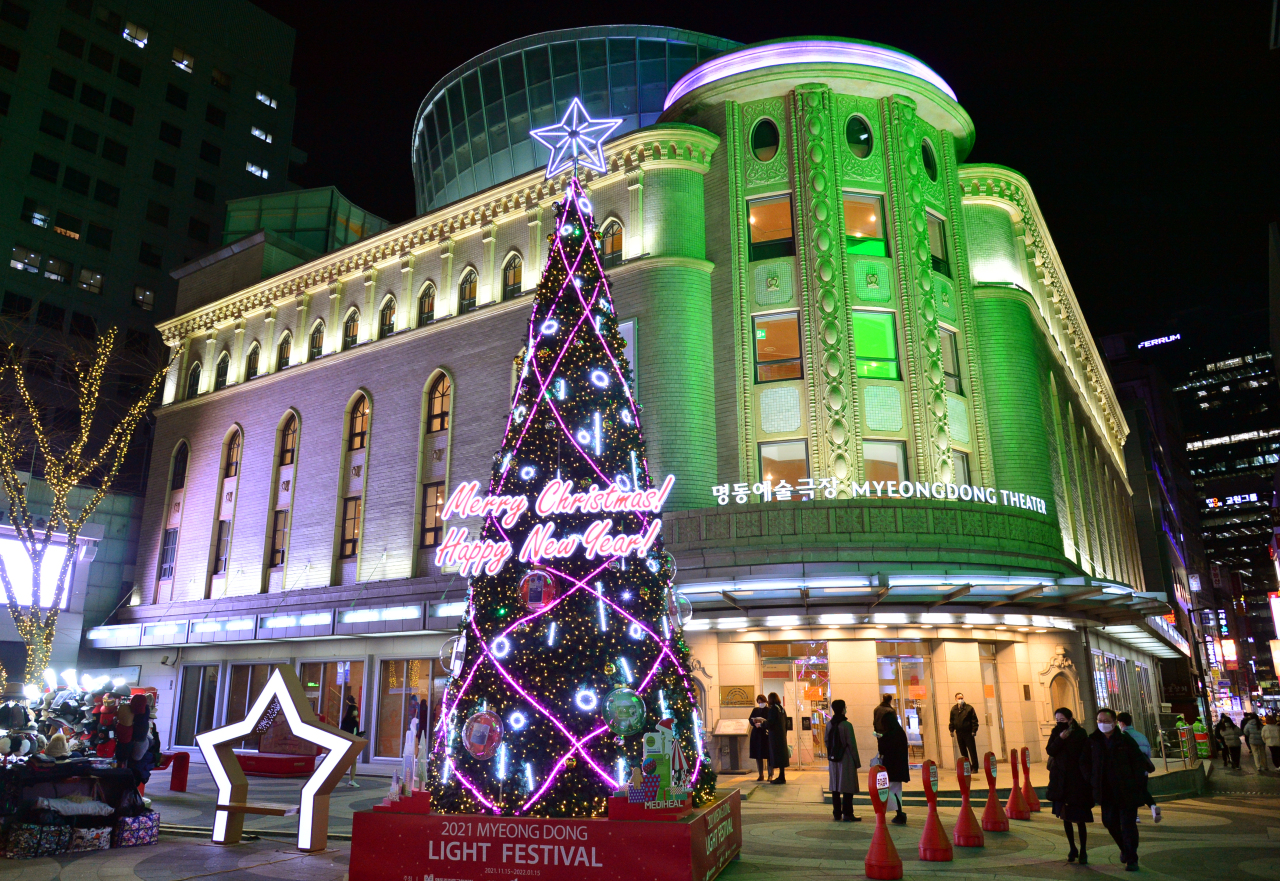 Millions of LED lights adorn the exterior of departments stores and other buildings in the district, creating a spectacle at night. 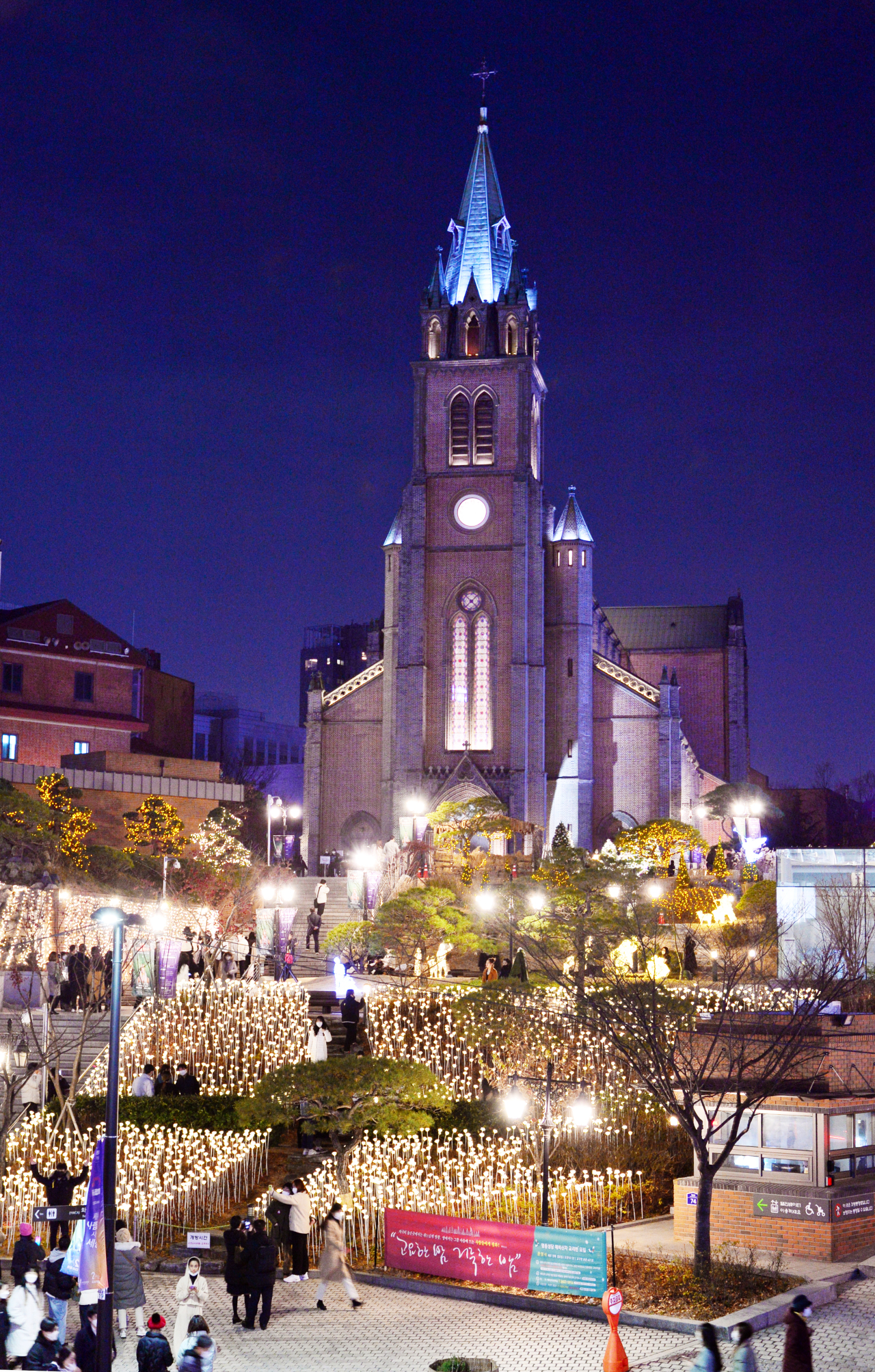 Street trees decked out with Christmas lights start from Myeongdong Station Exit 4 to lead pedestrians to Myeongdong Cathedral, the national cathedral of the Roman Catholic Archdiocese of Seoul and a popular photography spot, fully decorated with white rose-shaped lights. 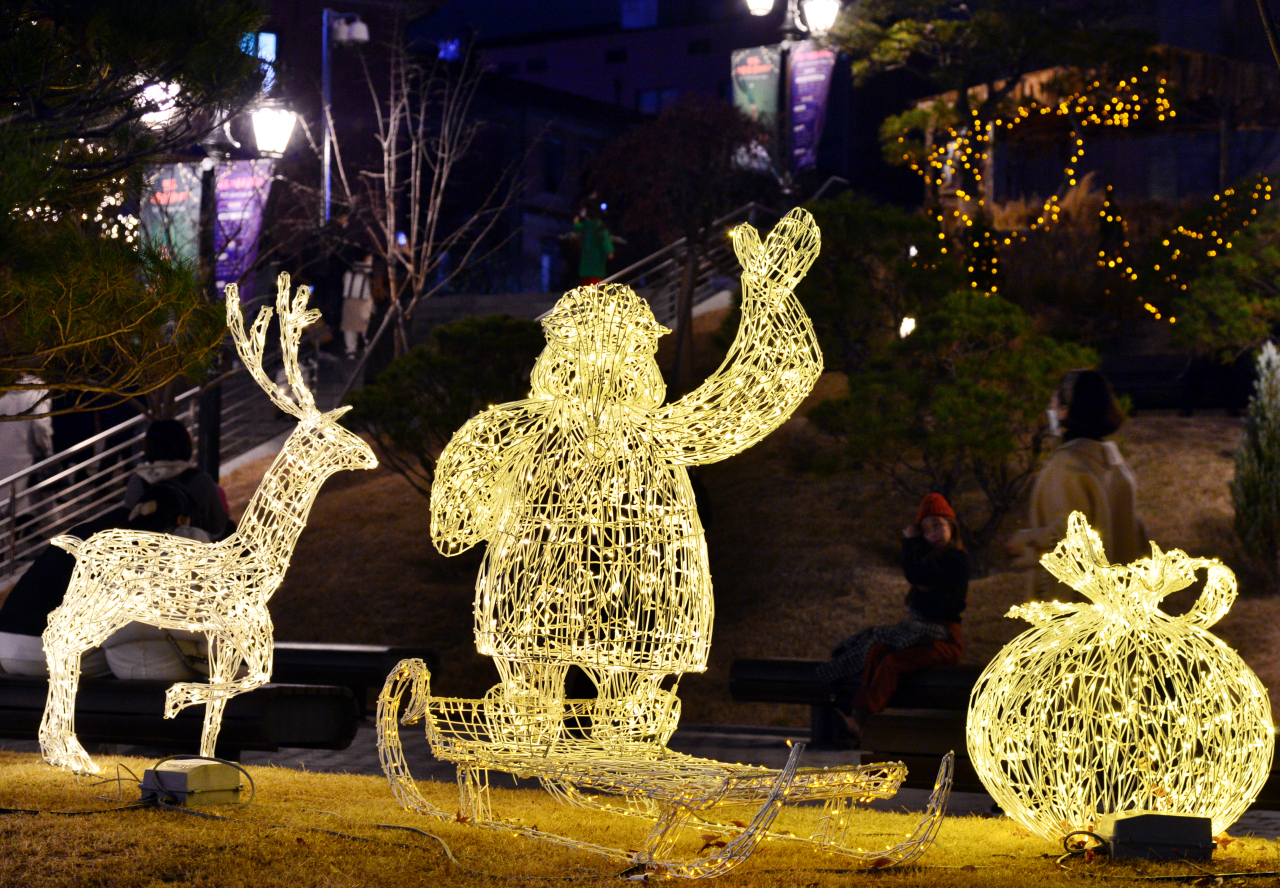 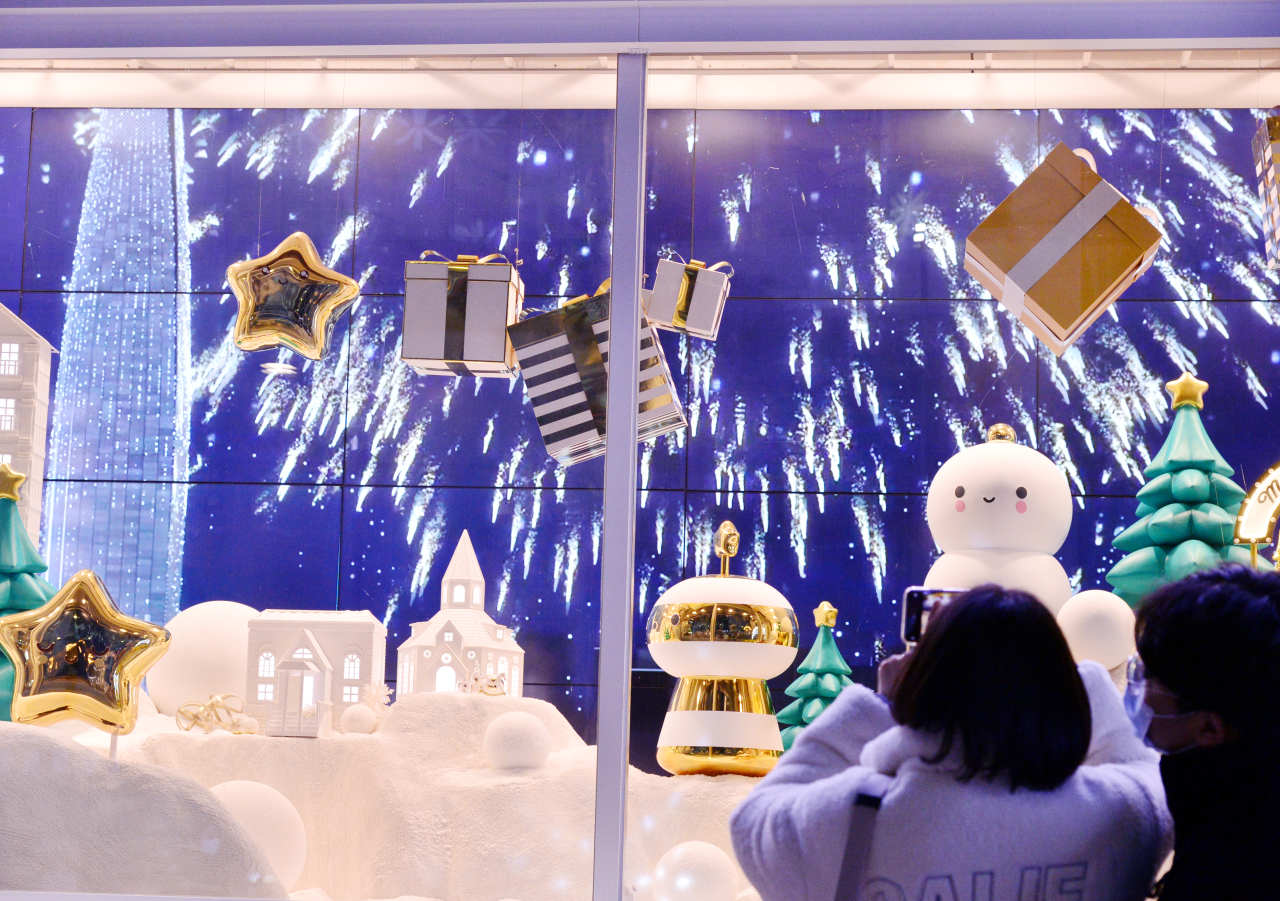 Under the theme “White Christmas Party,” its media facade that illustrates stars, clouds, snowflakes and a gigantic Christmas tree is certainly an eye catcher. 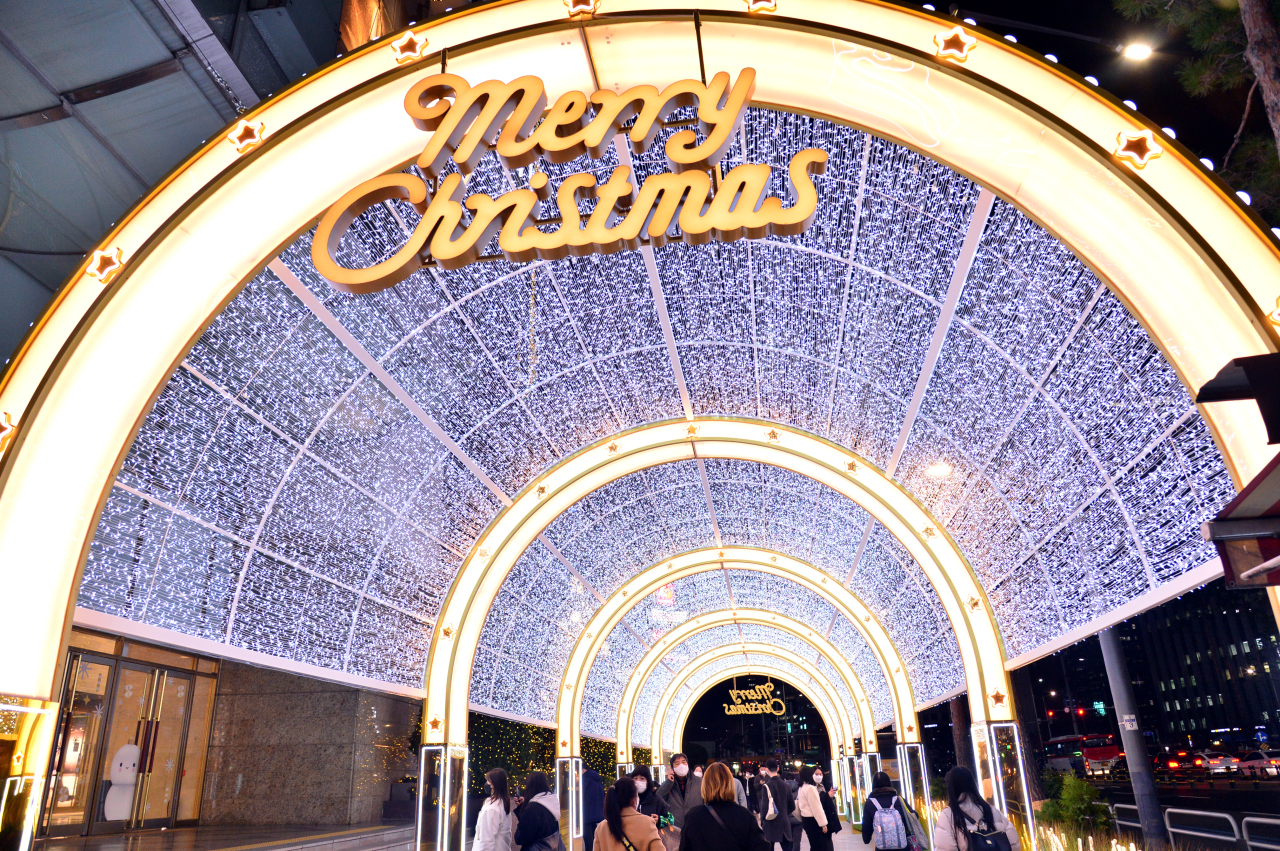 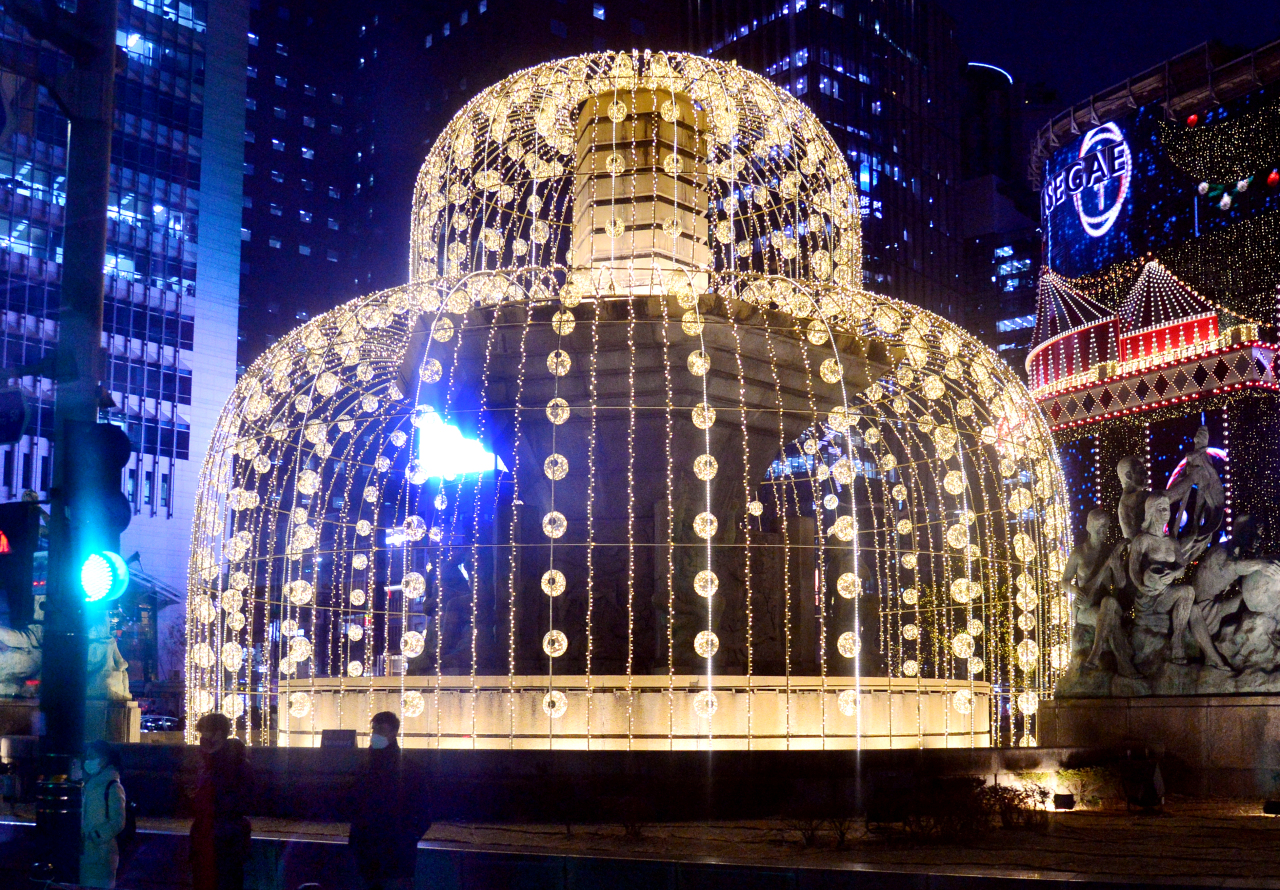 With a circus concept, the facade displays an animation of aerial hoop and tightrope walking with colorful Christmas ornaments. The show, which has already gone viral as an Instagram-friendly spot, will continue until Jan. 21.