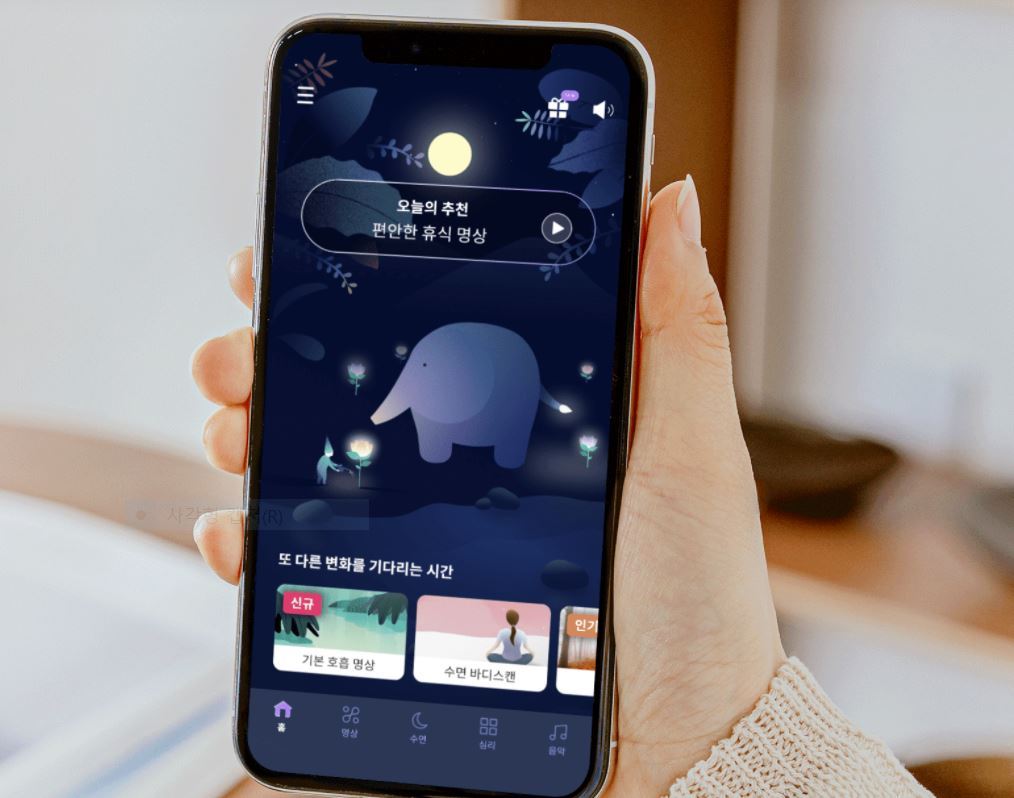 Main page of Kokkiri, an audio therapy app (Kokkiri’s website)
As the prolonged pandemic has continued to take a toll on people’s mental health, Koreans are increasingly turning to different sound genres to unwind.

In Korea, Kokkiri and Mabo are two apps that are looking to tap into the market for ambient music.

The apps have themes describing the user’s state of mind -- from anxiety, depression to anger and sleeplessness. There are subcategories of meditation sounds and auditory training sessions. To allow the users to keep track of the playlists and emotions, schedulers are included in the app.

“Our users range from people in their early 20s to late 60s,” Lee Yoon-jeong, deputy head of the communications team at Kokkiri, an app-based audio therapy company, told The Korea Herald.

Ranking first place in the Korean market by number of users, the company founded in 2019 looks to collaborate with tech companies and hosts online festivals to foster of a sense of companionship offered by its service.

Meanwhile, Mabo, an audio therapy company founded in 2016 and which boasts some 250,000 active users, has teamed up with mental health experts and music therapists.

“You can easily find ASMR sounds and music titled as relaxation themes on YouTube, but the majority of those scores are not scientifically proven (to be relaxing) and therefore, their claims are very subjective,” Park Jin-young, chief marketing officer of Mabo said. “Instead of using celebrity voices or collaborating with popular musicians, we focus on strengthening expertise in the programs we provide,” Park added.

Mabo is expanding its reach to business memberships, taking into account the growing interest of companies in the mental health and welfare of their workers.

Jeon Yoon-han, a professor at Kyunghee University’s department of postmodern music, has been researching the correlation between sleeping patterns and certain sounds for the past three years.

“Whether naturally recorded or arranged, meditation and ambient music often lack net composition or structured melodies, and this combats our fatigue from today’s hit songs that are characterized by certain beats and formulas,” Jeon told The Korea Herald. “Our brain waves react to sounds in certain patterns, and this shapes our mental stability,” Jeon added.

The field has the potential to grow as a unique sector among the various music genres, according to Jeon, who added that that the field presents many possibilities for research into related areas.