[ The Korea Herald – Send E-mail ]
BNY Mellon downsizing Korea operations
One of the oldest US banks is joining a slew of foreign financial institutions that have lost interest in Asia’s fourth-largest economy
By Jung Min-kyung
Published : Dec 12, 2021 - 15:29
Updated : Dec 14, 2021 - 17:33 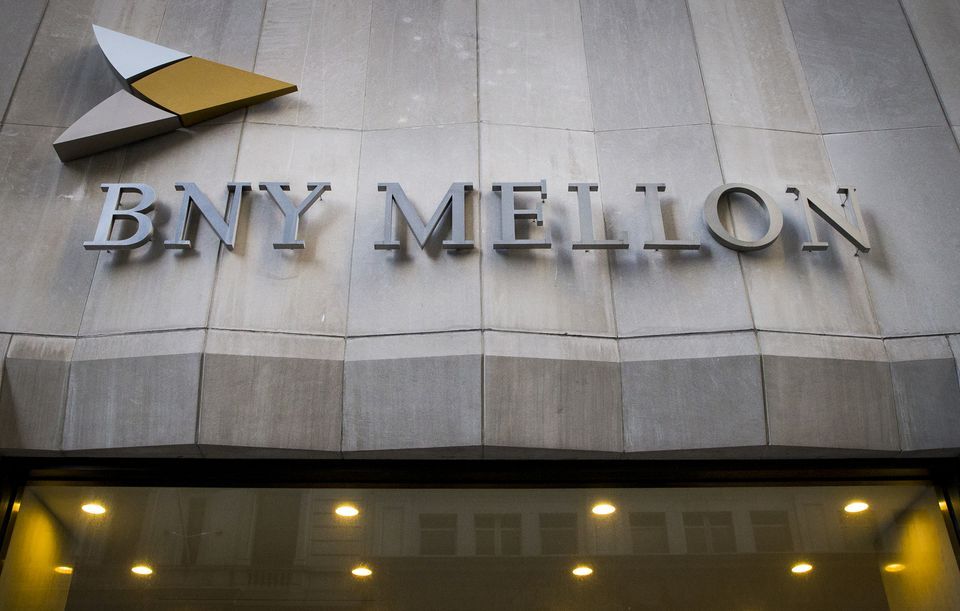 The Bank of New York Mellon building at 1 Wall St. is seen in New York’s financial district. (Reuters-Yonhap)
BNY Mellon, one of the oldest US banks, plans to downsize its South Korean operations and withdraw its financial investment business, sources said Sunday. It is one of many foreign financial institutions that have lost interest in Asia’s fourth-largest economy in recent years.

BNY Mellon said in a statement released Monday, that the closure of its corporate trust business is "a strategic decision" aimed at streaming its franchise in Korea to focus on providing value-added services to its clients.

BNY Mellon’s latest decision to downsize its operations here comes mere years after the New York-based global banking giant made a rare move in 2019 by opening a Jeonju office to deepen its partnership with the National Pension Service of Korea. BNY Mellon was selected by NPS, one of the world’s largest pension funds, as the global custodian for its fixed income mandate.

But it also follows an announcement in April from fellow New York-based global banker Citigroup, which is taking its retail banking business out of Korea and 13 other global markets.

Despite Citibank Korea’s monthslong efforts to find a suitable buyer for its retail banking division, it announced in late October that it would pull its consumer banking operations out in phases. The Korean subsidiary of the US banking giant recently said 2,300 employees, more than 60 percent of its 3,500-strong workforce, applied for its voluntary retirement program in connection with its consumer business exit. Employees who choose to leave the company early as part of the program could receive up to seven years’ salary, with a cap of 700 million won ($592,000).

Since 2013, major global banking groups have been either downsizing their services here or pulling out from the market completely. UK-based multinational banking group HSBC pulled the plug on its consumer banking business in 2013, a move mirrored by Citigroup nearly a decade later.

Goldman Sachs, Royal Bank of Scotland and Barclays left the market in 2017, while Swiss-based UBS' bank unit and Australia-based Macquarie Bank pulled out in 2018 and 2019, respectively. Most recently, Canadian banking group Scotiabank -- which entered the market in 1978 -- terminated its Korean operations in October this year.

The series of exits accompanies Korea’s struggle to transform itself into a financial hub, a goal the liberal Roh Moo-hyun administration announced in 2003.

Foreign companies have often complained of Korea’s unfavorable tax rates and strict regulations as key obstacles. The government often issues strict orders to banks, putting caps on household lending and dividend payouts. Citibank Korea has cut its dividend payouts to within 20 percent of its annual net profit in recent years, under Korean government pressure, after paying out 35 percent both in 2017 and 2018.

In a meeting between former FSC Chairman Eun Sung-soo and CEOs of 17 foreign financial institutions that are operating in the Korean market last year, the CEOs pointed out that Korean authorities continue to make multiple interpretations of financial regulations, creating confusion for the businesses.

They also complained that Korea‘s 52-hour work week system, which was first adopted in 2018 to prevent workers from “overworking,” has had multiple side-effects. The CEOs told the FSC that the working-hours system has become a hurdle for foreign businesses here in communicating with their overseas headquarters. The 17 companies included Bank of America, Merrill Lynch and BlackRock.

But Korea has yet to give up on its hopes of becoming a financial hub, with the Seoul Metropolitan Government announcing last month that it would funnel 241.8 billion won over the next five years to attract financial institutions from overseas. Seoul Mayor Oh Se-hoon seeks to triple foreign direct investment to $30 billion and provide employment and rent subsidies for foreign institutions.