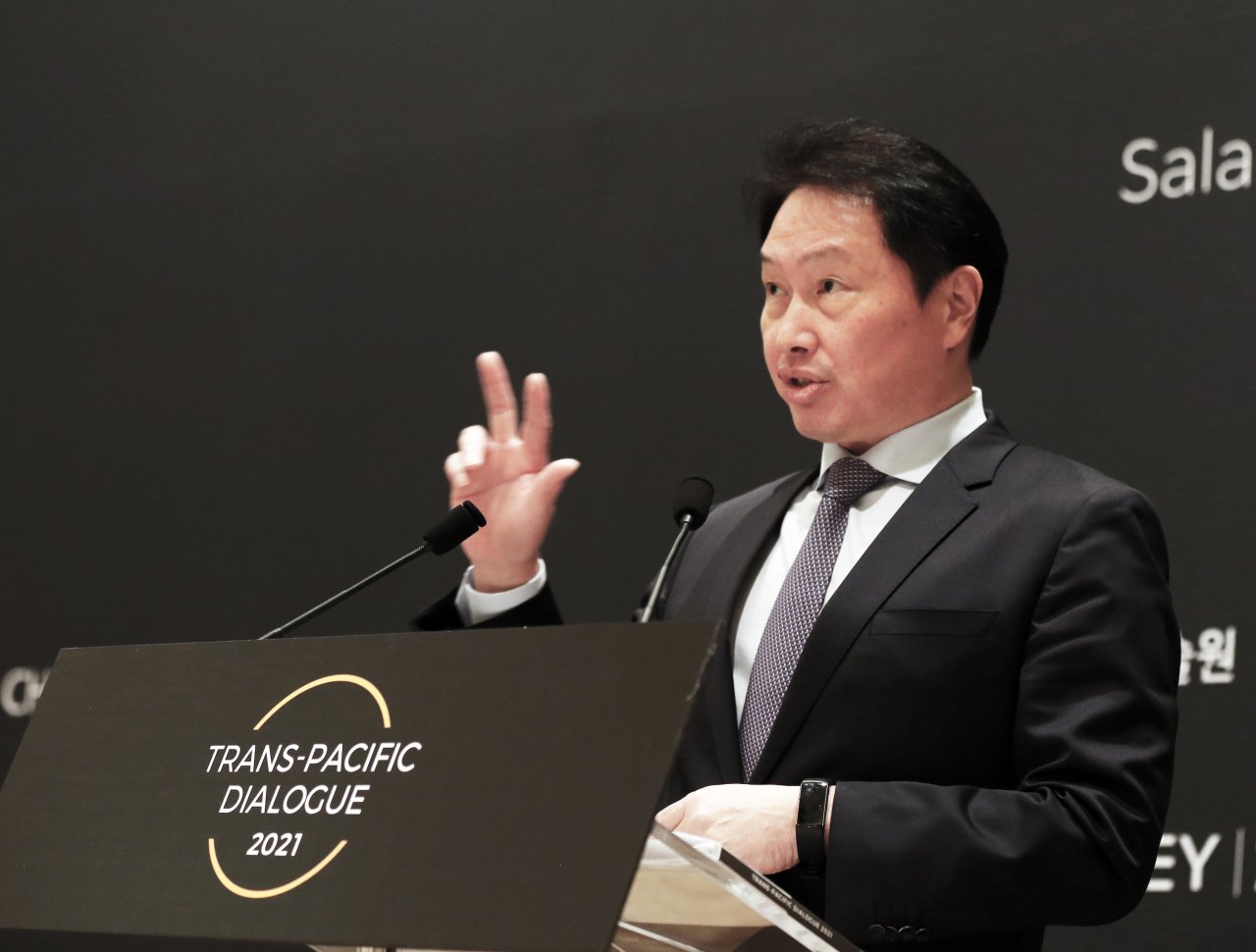 SK Group Chairman Chey Tae-won himself will personally explain to South Korea’s antitrust watchdog his reasons why his 253.3 billion won ($214.4 million) stock purchase four years ago was legitimate, and not a sweetheart deal.

According to the Fair Trade Commission Sunday, the head of the nation’s third-largest conglomerate is scheduled to voluntarily appear before the antitrust regulator on Wednesday. The 61-year-old tycoon is expected to deliver his defense over allegations that he illegally benefited and plundered corporate profits through the stock purchase.

As a holdings company, SK Inc.’s main revenue comes from dividends. It faces accusations that by letting Chey purchase the 29.4 percent, it deliberately gave up a business opportunity to receive more dividends and yielded it to the chairman.

SK Inc. claims that it didn’t purchase the 29.4 percent because it didn’t have to. The 70.6 percent, which is more than two-thirds of total shares, gives SK Inc. enough voting rights to pass a special resolution.

SK Inc. further argues that Chey purchased the 29.4 percent via a public tender with due process.

Nonetheless, Chey did benefit from his acquisition, as SK Siltron’s business took off. In 2018, one year after the takeover, SK Siltron’s revenue jumped 44.3 percent. In 2019, revenue surged another 14.6 percent on-year.

The FTC, which launched a probe into this case in 2018 at a complaint filed by a civic group, finished investigations this August and sent the findings to SK. The FTC is reportedly mulling to punish SK with fines, corrective order or even file a complaint with the prosecution.