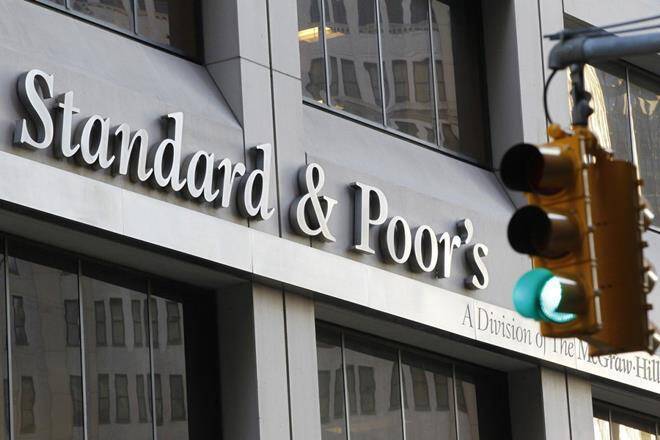 Kim Eng Tan, senior director at S&P, said Korea's debt-to-GDP ratio is expected to reach slightly more than 40 percent by the end of next year, lower than the 50 percent estimate by the Korean government.

"l just state very clearly that I don't think the Korean government ratings will be negatively affected by the debt level in the foreseeable future," Tan said at an online seminar.

In April, S&P maintained its credit rating on South Korea at "AA," with a stable outlook, the third-highest level on the company's table.

The agency forecast Asia's fourth-largest economy to grow 2.8 percent next year from its earlier projection of 3 percent.

He said Korea's national debt has increased due to its massive fiscal spending meant to cope with the COVID-19 pandemic, but it is still "comparatively smaller" than other major countries.

South Korea's national debt is expected to reach 1,064.4 trillion won ($906 billion) next year, up from an estimate of 965.3 trillion won for this year, according to the finance ministry. It will be the first time that the sovereign debt will top the 1,000 trillion-won mark.

Tan said Korea's net debt is estimated at about 15 percent of its gross domestic product (GDP) when the government's holding of liquid financial assets is taken into account.

"And from there to the next higher level where we will see a negative impact on the rating is quite a long way. It essentially needs this net debt level to double before we think that it affects the rating directly," he said.

Still, the Korean government needs to be wary of its fiscal soundness in light of pressure from rapid aging and political risks from North Korea, Tan added.

Meanwhile, Paul Gruenwald, global chief economist at S&P, said the economic impact of the omicron variant appears to be limited as countries have learned to live with the pandemic.

He said if the Federal Reserve tightens its monetary policy in an orderly manner, it is expected to have a positive impact on Korea.

"In the risk scenario, we could potentially get some volatility in capital flows. Korea is less vulnerable than it used to be, say 20 years ago," he added. (Yonhap)