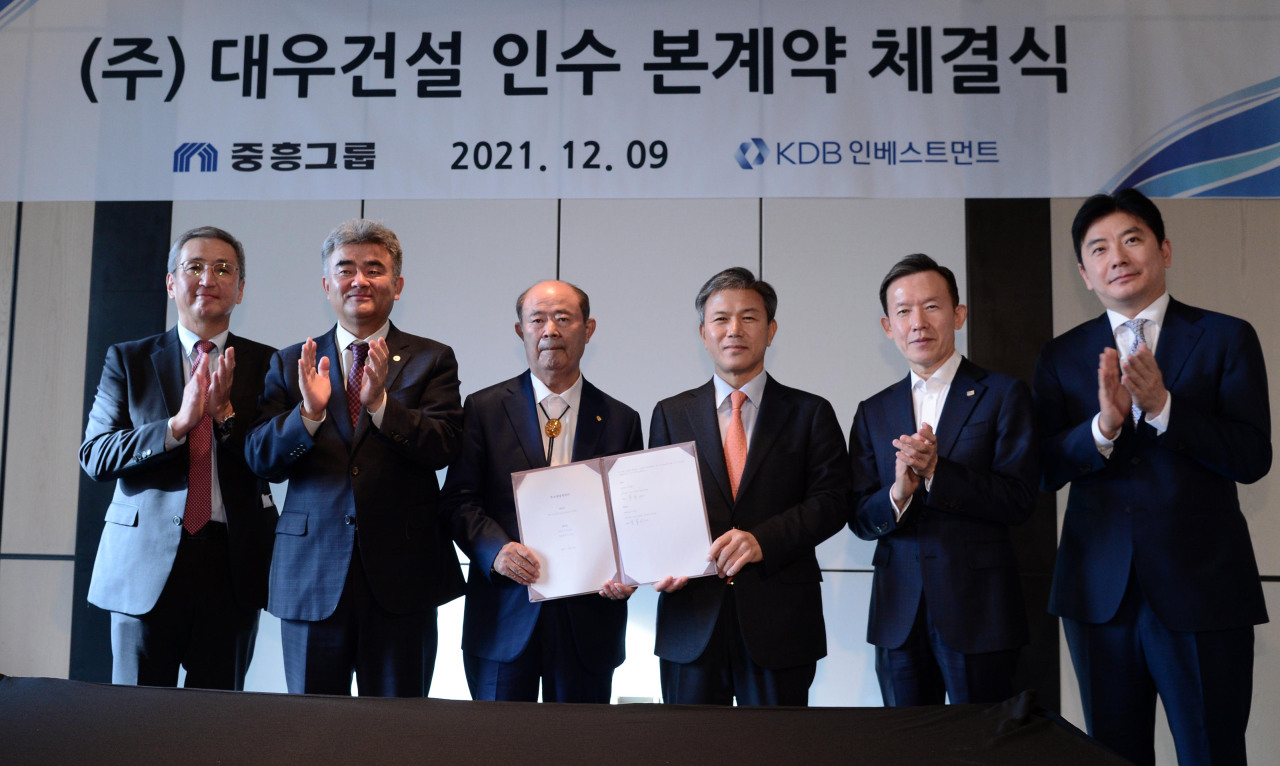 With the contract, Jungheung looks to complete the takeover of Korea’s sixth-largest construction company by Feb. 15 next year, following an antitrust review of the deal to be filed before year-end. The proposed acquisition price was not disclosed.

The South Korean builder group with 9.2 trillion won ($7.8 billion) in assets pledged noninterference in Daewoo E&C’s management over the course of the post-merger integration. Jungheung promised to retain Daewoo E&C staff and executives while steering clear of attrition or promotion discrimination.

Once the acquisition of Daewoo E&C’s 210.9 million shares is complete, Jungheung Group is expected to become Korea’s third-largest construction group by assets, according to Jungheung.

“Given Daewoo E&C’s outstanding construction expertise and vast experience it has in overseas construction projects, the acquisition commences the second venture of what I have envisioned in my life,” said Jungheung Group Chairman and founder Jung Chang-sun.

The contract gives Jungheung Group the legal rights to buy a majority stake in Daewoo E&C, which owns housing brand Prugio and a range of engineering projects in its portfolio, including liquefied natural gas regasification plants and storage tanks.

In the meantime, Jungheung said it would focus on improving Daewoo E&C’s balance sheet, a critical move to promote the smooth operations of foreign projects, as some of its overseas endeavors have put the company under financial strain.

Jungheung Vice Chairman Jung Won-ju told reporters Thursday that finding the right partner is the priority in having Daewoo take the lead in overseas projects, during a signing ceremony held at Four Seasons Hotel Seoul.

To win turnkey projects as a prime contractor, Daewoo E&C needs to look for consortium partners with architectural design capacity, he explained.

“Contractors that design the architecture were making the profit while the construction firm takes the risk,” Vice Chairman Jung said. “But once we work with architects before participating in the bids or by investing in shares (of the partner company), we won’t be losing (profit) anymore,” he said, citing Daewoo’s recent successful bid for a Nigerian plant as the main contractor. 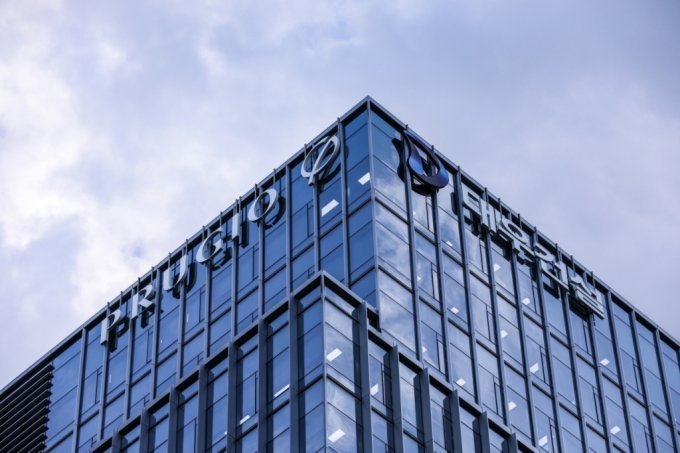 An exterior view of Daewoo E&C headquarters in Seoul. (Daewoo E&C)
The deal comes five months after Jungheung was selected as the preferred bidder for the Daewoo E&C takeover in early July. The proposed buyer group and majority shareholder KDB Investment signed a nonbinding memorandum of understanding in August, and have since been engaged in negotiations and due diligence.

Prior to Jungheung’s takeover, Daewoo E&C has changed hands many times since Daewoo Group disbanded in 1999, and has recently been under the control of the state-run Korea Development Bank.

Kumho Asiana Group, an embattled shareholder of the nation’s second-largest air carrier Asiana Airlines, bought a stake in Daewoo E&C from KDB in 2006. KDB bought back the stake in the builder in 2010 from Kumho Asiana Group as part of its debtor’s restructuring.

“Unfortunately, Daewoo E&C has experienced frequent changes in ownership over the past 23 years, so it could not spread its wings,” Jung said.

“Due diligence showed many of (Daewoo E&C’s) practical problems such as conflicts between divisions and hurdles in decision-making for business expansion or investment. At the same time, we’ve noticed tremendous growth potential.”

Jungheung Group is the parent of Herald Corp., publisher of The Korea Herald.