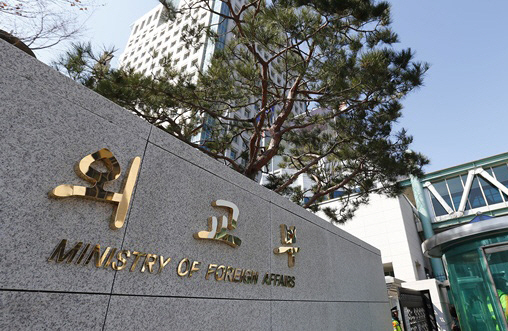 Ministry of Foreign Affairs (Yonhap)
The top diplomats of South Korea and Hungary on Wednesday discussed ways to boost cooperation and exchanges between the two countries in a phone conversation, Seoul's foreign ministry said.

Foreign Minister Chung Eui-yong held phone talks with his Hungarian counterpart, Peter Szijjarto, as their in-person meeting in Seoul was cancelled because one of Szijjarto's staff was confirmed to have COVID-19 following their arrival early in the morning.

During their conversation, the ministers agreed to seek comprehensive cooperation befitting of their countries' recently upgraded ties, according to the ministry.

South Korea and Hungary decided to elevate their bilateral relations to a strategic partnership during a summit meeting between President Moon Jae-in and his Hungarian counterpart, Janos Ader, last month in Budapest.

Szijjarto also welcomed that investment from South Korean companies in Hungary in the EV battery sector is increasing, the ministry said.

It added South Korea plans to contribute US$500,000 next year to a fund under the Visegrad Group, composed of Hungary, the Czech Republic, Slovakia and Poland, for joint development projects in southeastern Europe. (Yonhap)