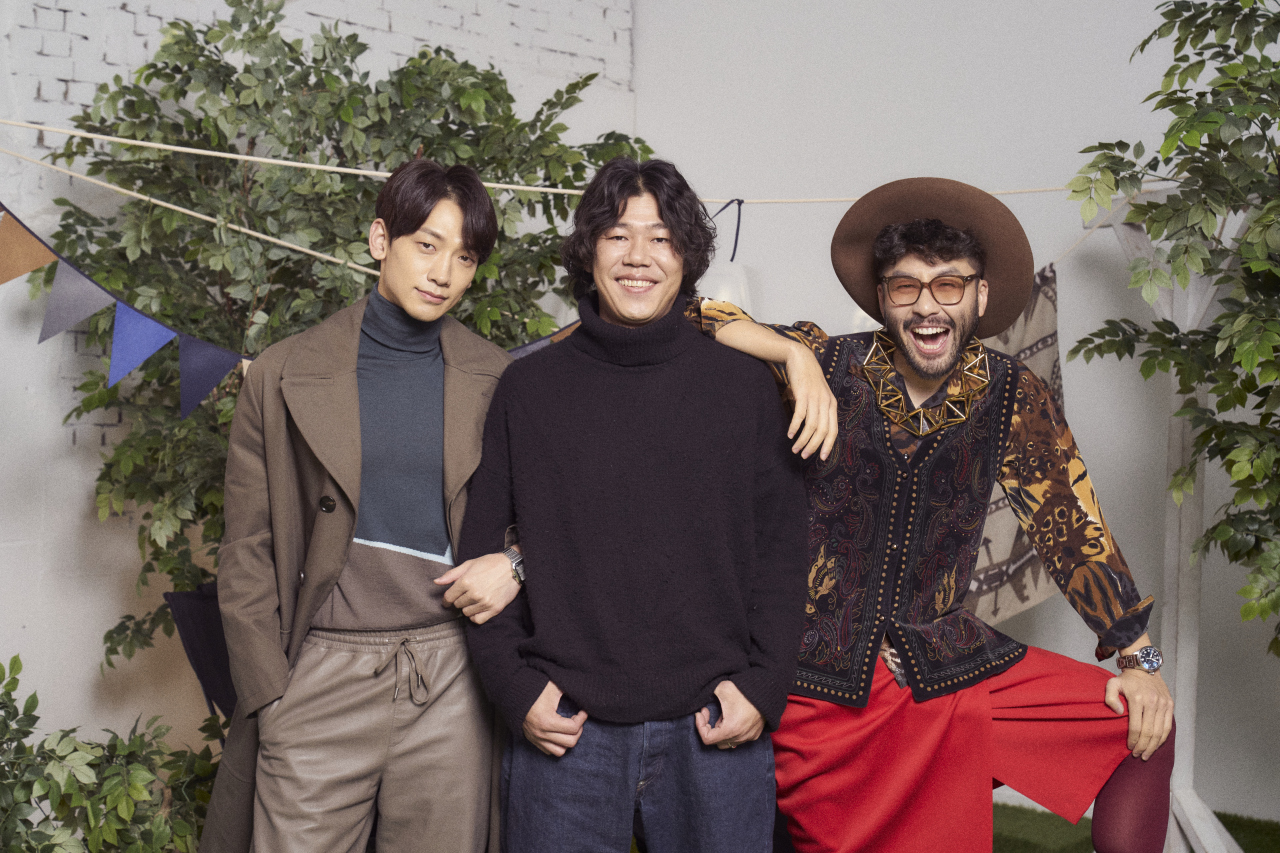 “When I finished producing the project group Ssak 3 on MBC’s variety program ‘Hang Out With Yoo,’ I received many calls from Hong-chul saying how hilarious Rain is and how they are spending time together riding motorcycles. I became curious about this odd couple and wanted to follow this duo with my camera,” Kim said in an online press conference Wednesday.

“I was thinking of a short digital content, like a YouTube video. But Netflix, all of sudden, offered a great chance to produce this item as a Netflix series. I am surprised that all this was created without any concrete plan,” Kim added. 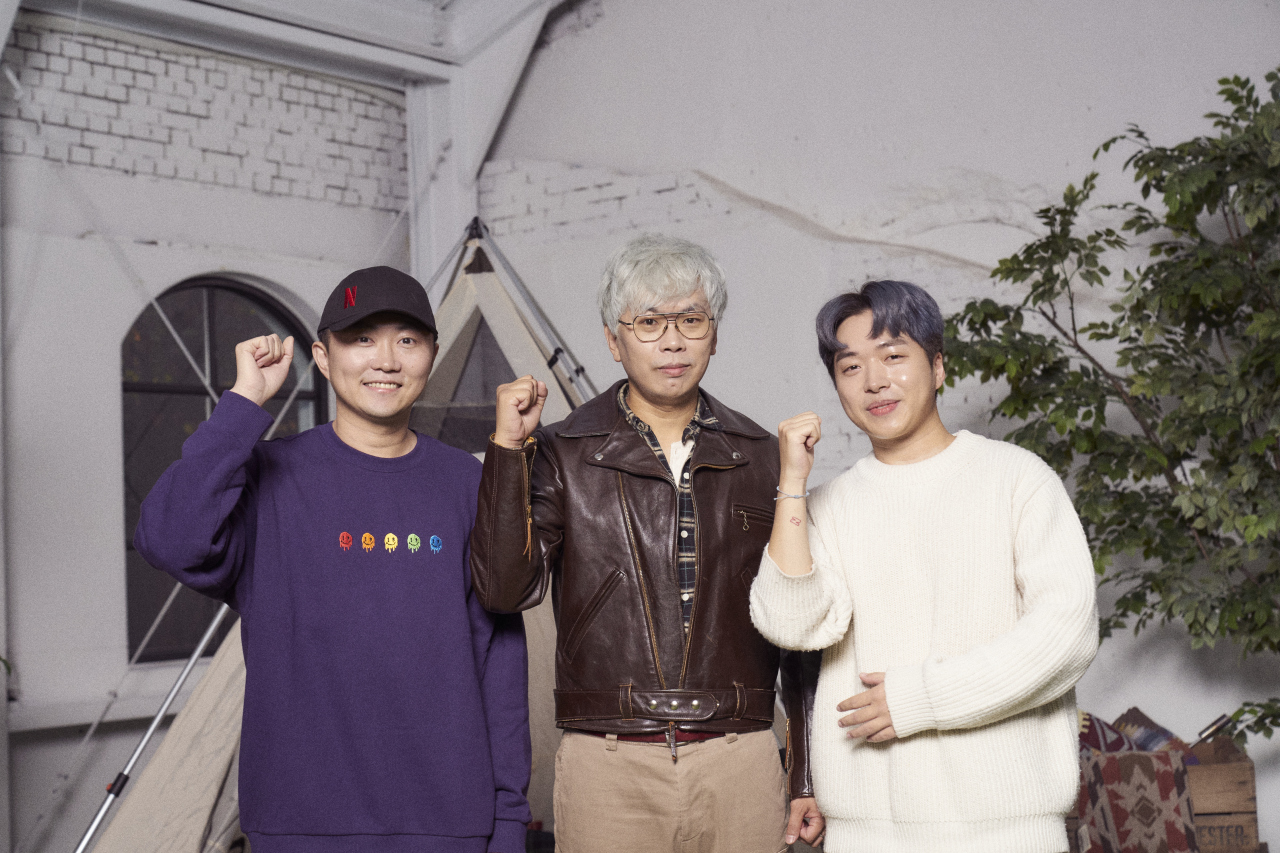 “Because Rain and Ro are traveling the country on their motorcycles, I imagined the scenes being presented to the viewers with hard rock and heavy metal music. But, after watching the two slow riders, riding at 60 kilometers, I thought calm and rhythmical music will be more appropriate. And Lee Sang-soon was the first name to pop up in my mind,” co-director Chang Woo-sung said.

Chang never imagined his connection with Lee would end up making artists like rapper Wonstein, singer Yi Sung-yol and more to get involved in the project’s soundtrack. He remained mum on the other artists who participated in the project. 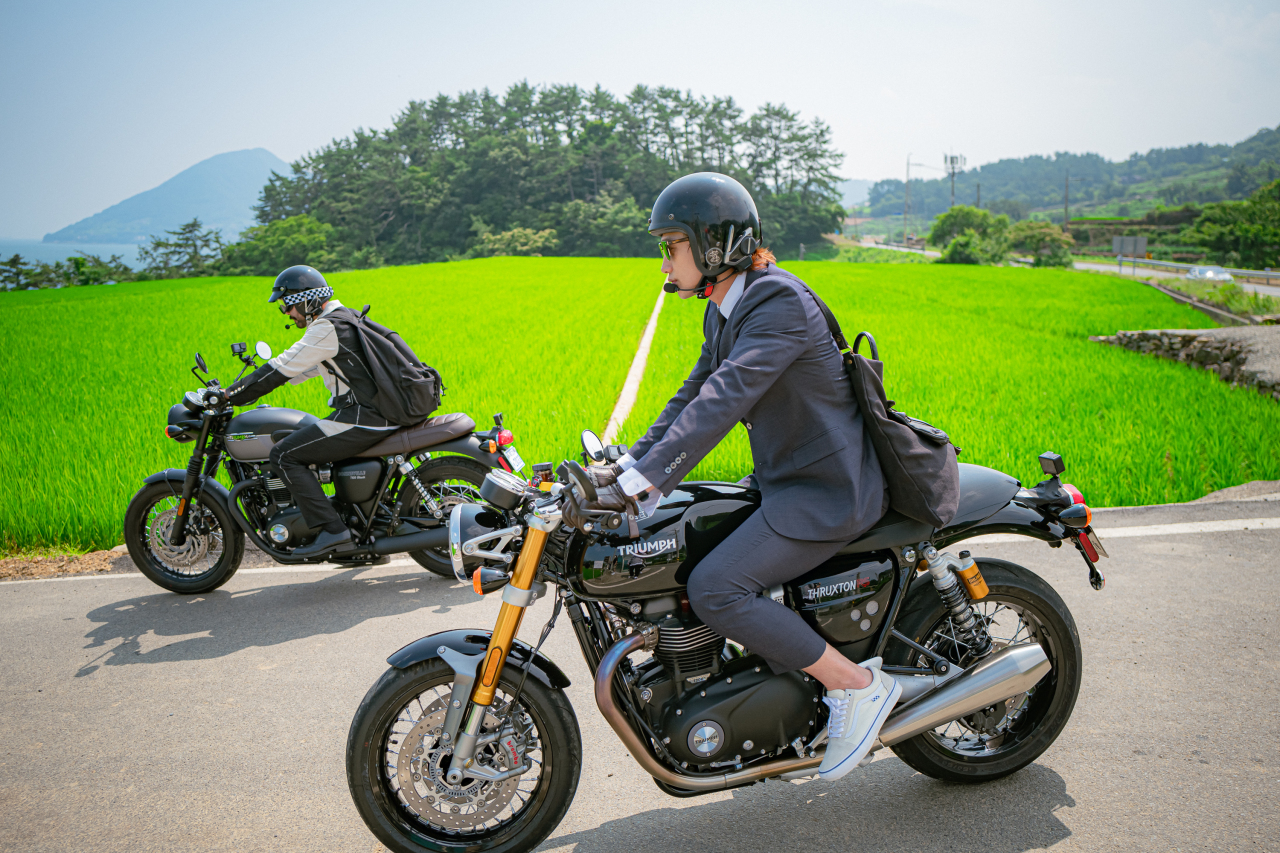 Rain (right) and Ro Hong-chul travel around the country on their motorcycles in “The Hungry and the Hairy” (Netflix)
“While many variety shows use music and songs that are appropriate for each scene, ‘The Hungry and the Hairy’ moved my heart by saying it wished to create its own original soundtrack. I thought this would be a meaningful experience for me as the music director,” Lee said.

When asked about his increased appearances in variety shows, Rain answered he simply started doing things only to entertain the fans.

“When I was releasing albums, going on a world tour, acting in many dramas and films, I think I was thinking of my own satisfaction. However, after participating in the project group Ssak 3, I wished to do things to bring a smile to my fans,” Rain said. 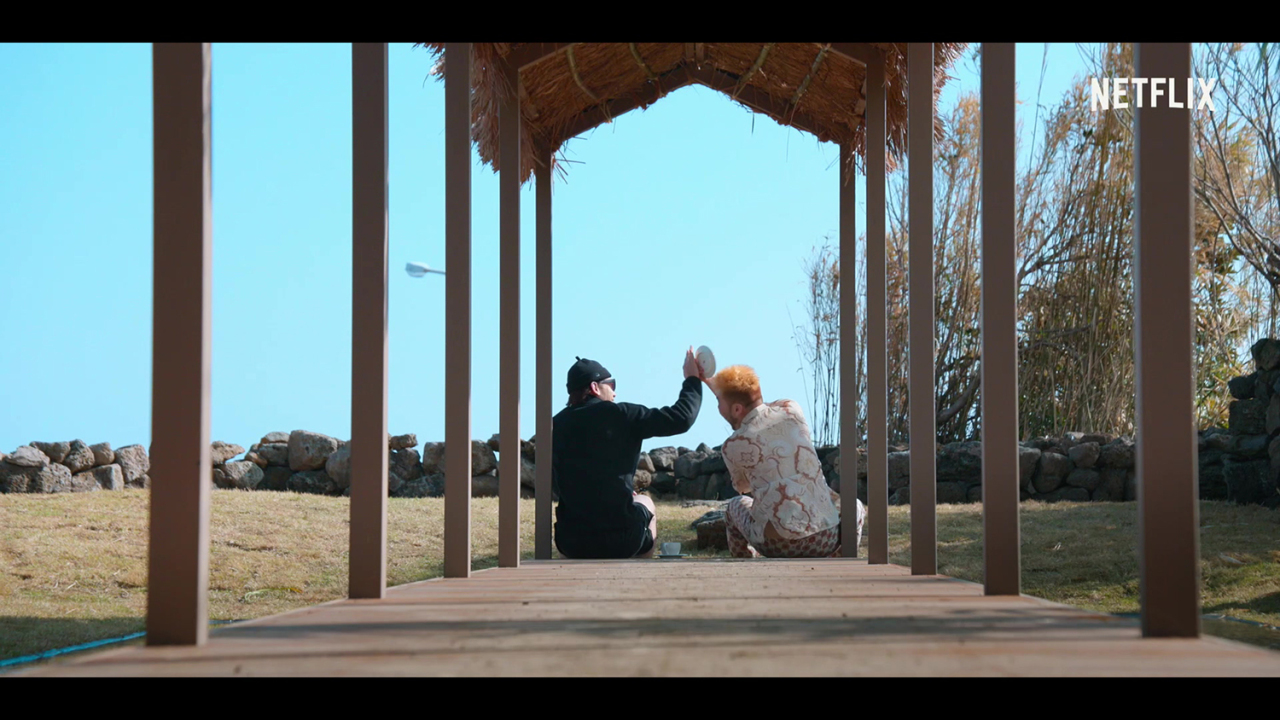 The stars visit various places of Korea in “The Hungry and the Hairy” (Netflix)
“I didn’t want to achieve or gain something by becoming involved in reality programs. I created my YouTube channel to actively communicate and learn what my fans want to see from Rain and return their love and support. Joining ‘The Hungry and the Hairy’ was no different,” Rain added.