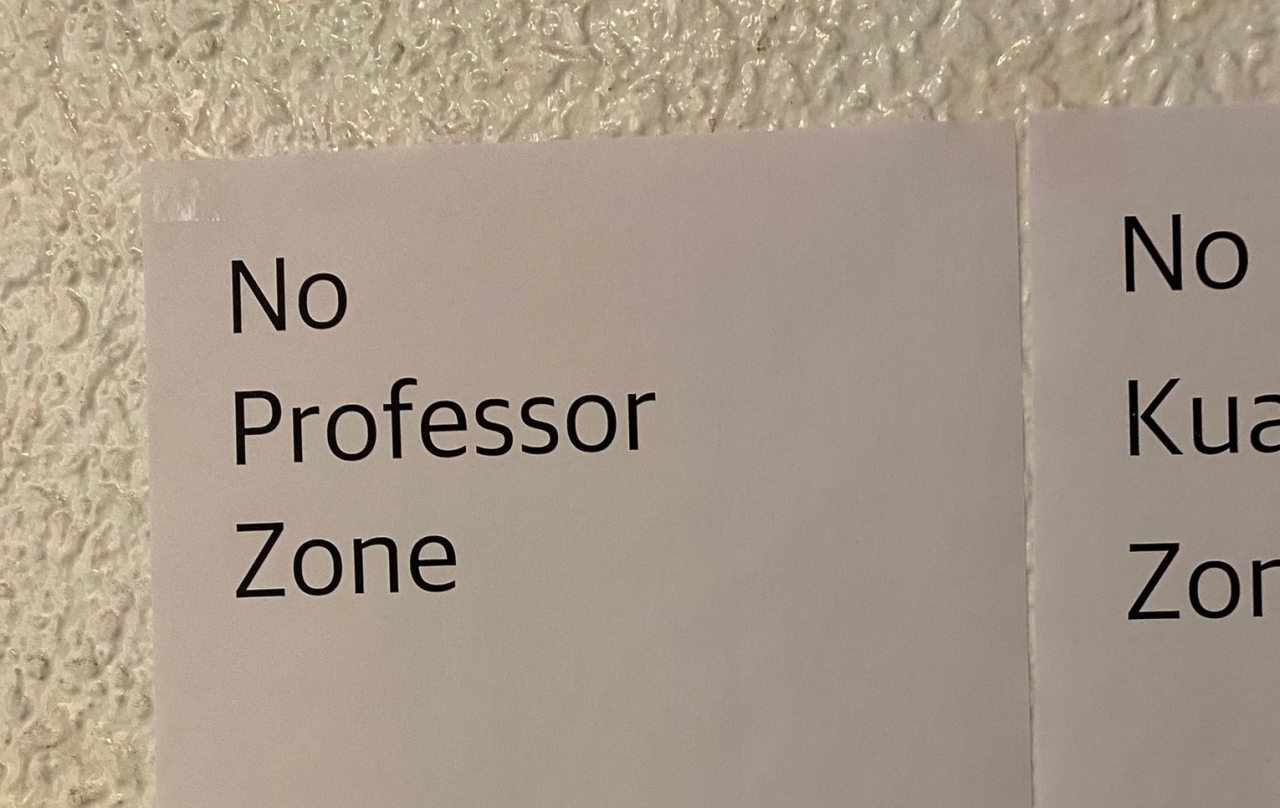 “We profusely apologize. For other customers to enjoy themselves with ease, we are asking full-time professors to refrain from entering our place,” the poster reads.

The message appears to target scholars at Pusan National University, which is located near the venue.

“If you do enter, please do not disclose your identity so loudly or unprompted,” the poster reads.

“I’m against ‘no kids zones’ but this is something I could get behind?” one Twitter user said. 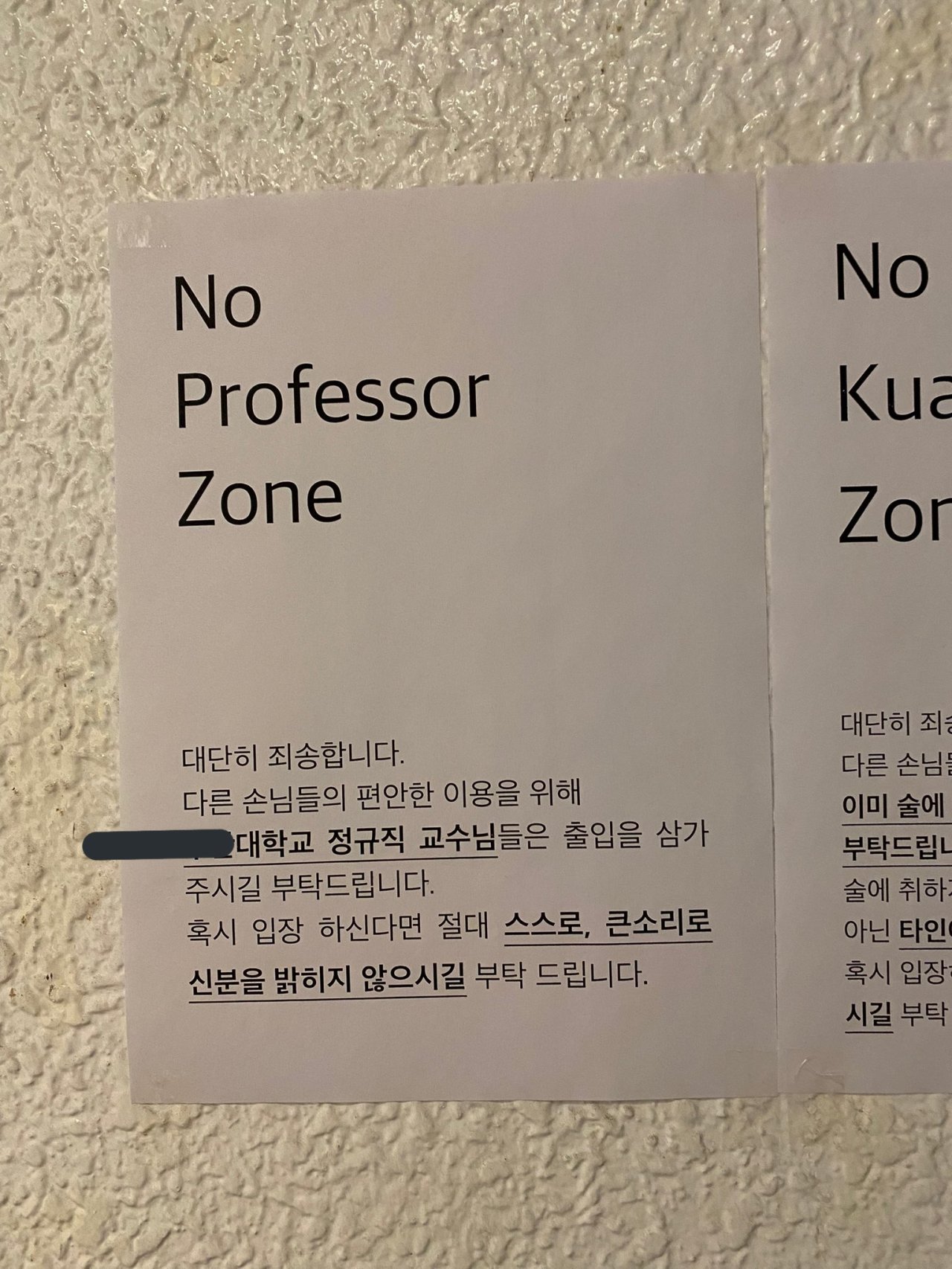 A poster at a bar in Busan explains its “No Professor Zone” policy. (Twitter)
“It does feel awkward when I’m drinking with my university friends and there is a professor around us,” another tweet reads.

At least one professor at the university respects the policy.

“The power gap between professors and students is real. If a student is approached by a professor in a casual setting it could be very hard to handle it gracefully,” said CedarBough Saeji, an assistant professor of Korean and East Asian studies at Pusan National University.

And the power gap is bigger in Asia, she explained.

“Korean undergrads are socially conditioned by Korean society to be polite to those elders and superiors in a way that, not all, but some Western students aren’t.

“Professors should also enjoy relaxed time surrounded by their own peers,” she added.