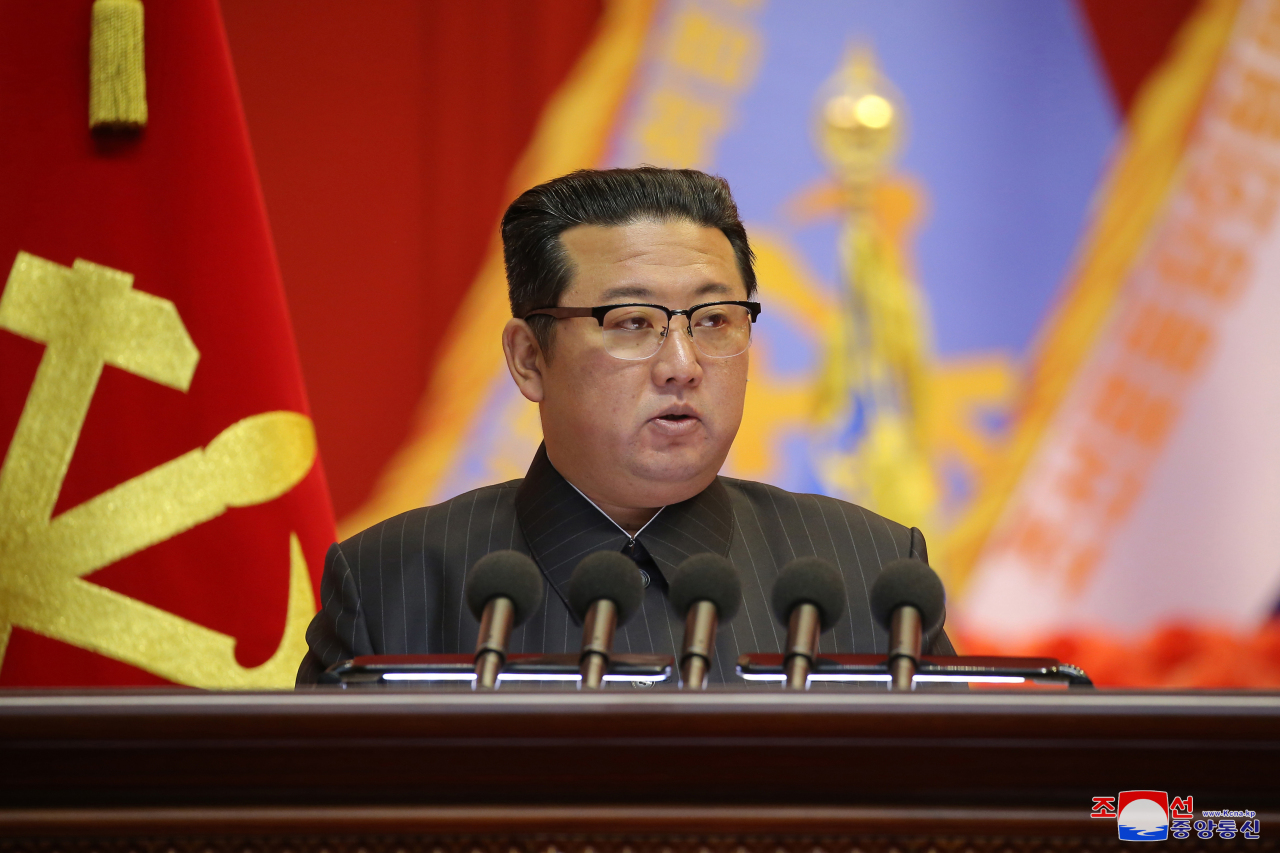 According to the North’s state media on Tuesday, Kim made instructions at the Eighth Conference of Military Educationists of the Korean People’s Army, which was held at the April 25 House of Culture in Pyongyang over the weekend.

North Korean state media reported that the two-day meeting was held to make a “radical turn in military education as required by the changing times and revolutionary situation.”

Kim repeatedly underscored the “importance of military education in the current situation,” pointing out that the conference was held at a critical juncture.

The leader also reiterated the significance of the “strategic intention of the Central Military Commission of the WPK in giving guidance to the conference with special consideration and deep attention given to it.” WPK stands for the Workers’ Party of Korea, the ruling party.

During the conference, Kim urged the military leadership and instructors to make military education substantially contribute to “strengthening the core position of the revolutionary armed forces.”

As part of efforts, Kim called for nurturing all cadets as “commanding officers who remain absolutely loyal to the Party Central Committee.” To that end, Kim proposed general principles and the direction for improving military education.

North Korean state media notably reported that participants analyzed and reviewed “some deviations” in the military education, which stemmed from the “lack of ideological awareness to prove the validity and the vitality of the Party‘s idea of prioritizing military education with substantial progress and renovation in their units.”

The conference of military educators was held for the first time in six years, and this is the second of its kind in the Kim Jong-un era.

What are the implications?
North Korea experts shared the view that the conference is one of the large-scale events held to step up the country’s nationwide ideological campaigns since January’s Eighth Party Congress.

Professor Kwak Gil-sup of Kookmin University took note of the timing. The gathering of military leaders and officers in charge of educating and training commanding officers and a separate lecture for them came ahead of the key party meeting.

Pyongyang last week announced that the plenary meeting of the Party Central Committee will be held in late December, where Kim is likely to suggest a road map for the new year including his recalibrated approach to South Korea and the US.

Kwak said the meeting could suggest that Kim would continue to push forward his “head-on breakthrough” strategy, adhering to his current hard-line stance against Seoul and Washington.

“This conference intends to encourage the military to have absolute royalty and call for enhancing their combat readiness,” Kwak said. “Kim Jong-un would be likely to take a long-term approach (to nuclear negotiations) while seeking to solidify internal unity and reinforce military strength.”

Experts also viewed that the two-day meeting was in line with the Kim Jong-un regime’s efforts to strengthen Kim‘s control over the military as he marks his 10th year in office.

The North Korean leader guided the “first workshop of commanders and political officers of the Korean People‘s Army” in July, which researcher Kim cited as one of the high-profile events to solidify Kim Jong-un’s unquestioned authority over the military.

To that end, the Kim Jong-un regime also has strengthened party leadership over armed forces.

As part of the efforts, Pyongyang established the Department of Political Leadership over Military Affairs under the auspices of the Party Central Committee, which replaced the now-defunct Military Affairs Department. Also, Pyongyang has weakened the status of the General Political Bureau of the Korean People’s Army, which is its executive organ.

“Given that the party leadership overseeing the military has been further strengthened, the Eighth Conference of Military Educationists was held to present a direction for military education reflecting the changes,” Cheong Seong-chang, director of the Center for North Korean Studies at the Sejong Institute, said.

Kim In-tae also pointed out that another goal of the conference is to capitalize on the military‘s resources and manpower in pushing forward socialist economic construction by stirring up morale.