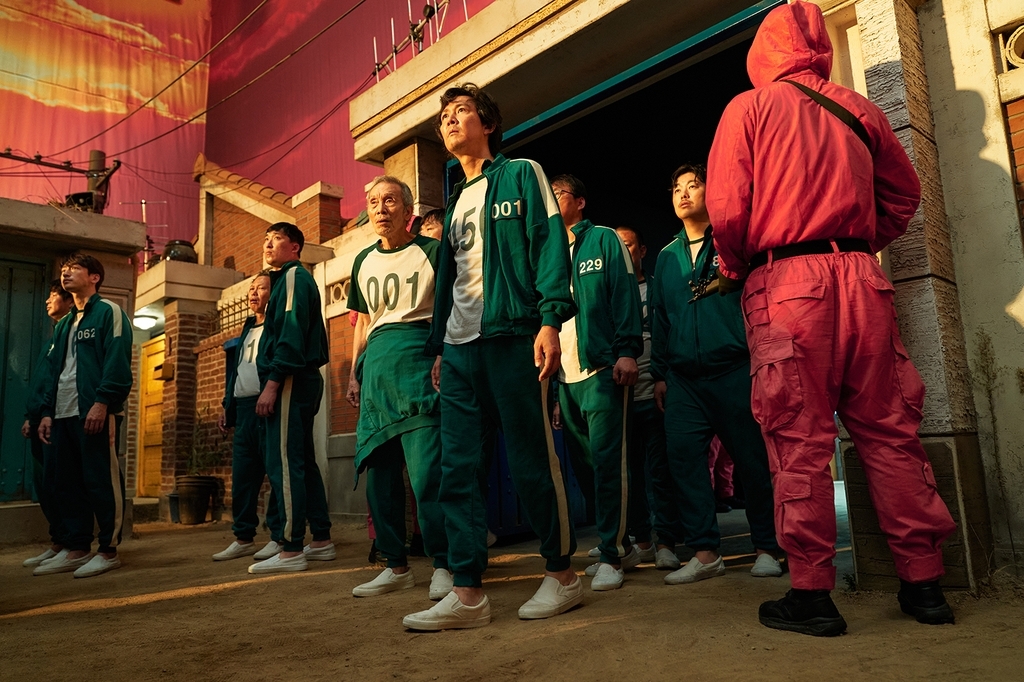 According to the nominations announced by the Critics Choice Association Monday (US time), "Squid Game," a Netflix original, was listed in the categories best drama series, best actor in drama series and best foreign language series.

In the best drama series section, "Squid Game" will compete with seven other candidates, including HBO's "Succession," NBC's "This Is Us" and Showtime's "Yellowjackets."

Its lead Lee Jung-jae scored a nomination for best actor in a drama series, as the only non-English language performer, along with Sterling K. Brown of "This Is Us," Mike Colter of "Evil," Brian Cox and Jeremy Strong of "Succession" and Billy Porter of "Pose."

The nine-part series about contestants competing in deadly Korean children's playground games to win 45.6 billion won ($38.5 million) in prize money became the most successful TV show in Netflix history with more than 1.65 billion hours of viewing in the first four weeks after its release on Sept. 17.

Meanwhile, "Succession" led the annual Critics Choice Awards nominees with a total of eight mentions, followed by "Mare of Easttown" and "Evil" each scoring five nods.

"Squid Game" became the first South Korean TV show to garner a nomination at the Critics Choice Awards, a major ceremony in the US awards season.

Last year, South Korean actress Youn Yuh-jung was nominated for best supporting actress for her performance in the immigration film "Minari," but failed to win.

The winners of the 2022 Critics' Choice Awards will be announced on Jan. 9 next year. (Yonhap)