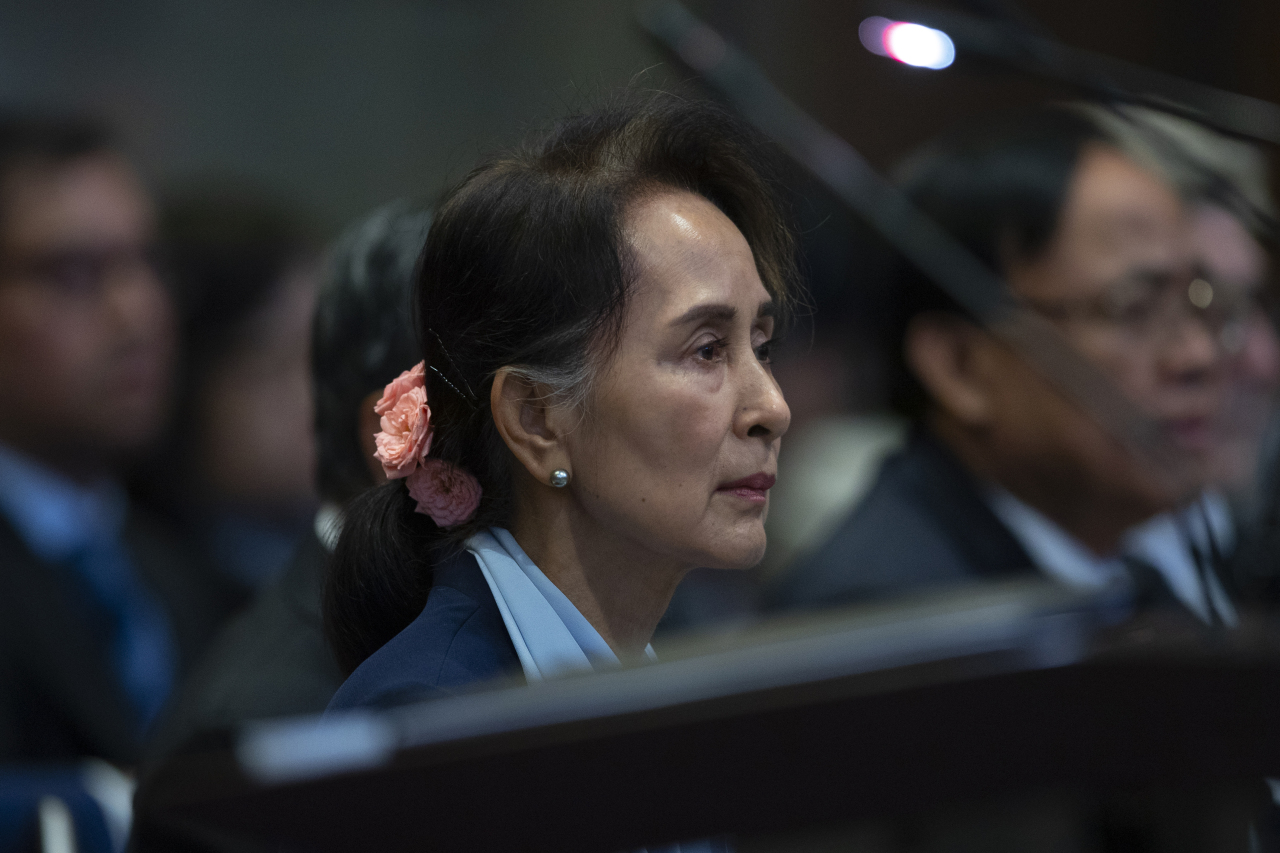 Myanmar's leader Aung San Suu Kyi waits to address judges of the International Court of Justice on the second day of three days of hearings in The Hague, Netherlands on Dec. 11, 2019. (AP-Yonhap)
BRUSSELS -- The European Union on Monday condemned the Myanmar ruling junta‘s jailing of ousted leader Aug San Suu Kyi as “politically motivated” and a “blatant violation of human rights”.

In a statement from EU foreign policy chief Josep Borrell on behalf of the 27 member states, the EU said Suu Kyi’s sentence “represents another step towards the dismantling of the rule of law."
Suu Kyi, 76, has been detained since the generals staged a coup and ousted her government on February 1, ending the Southeast Asian country‘s brief period of democracy.

She has since been hit with a series of charges, including violating the official secrets act, corruption and electoral fraud, and she faces decades in jail if convicted on all counts.

On Monday, the 1991 Nobel peace prize laureate was sentenced to two years for incitement against the military and another two years for breaching Covid restrictions.

“The European Union strongly condemns this politically motivated verdict, which constitutes another major setback for democracy in Myanmar since the military coup on 1 February 2021,” Borrell said.

“The military’s actions show complete contempt for the will of the people, expressed clearly in the November 2020 elections,” he said.

“It is imperative that the Myanmar military authorities allow a swift return of Myanmar to the path of democracy,” he added, praising the the people of Myanmar for rejecting the coup. (AFP)