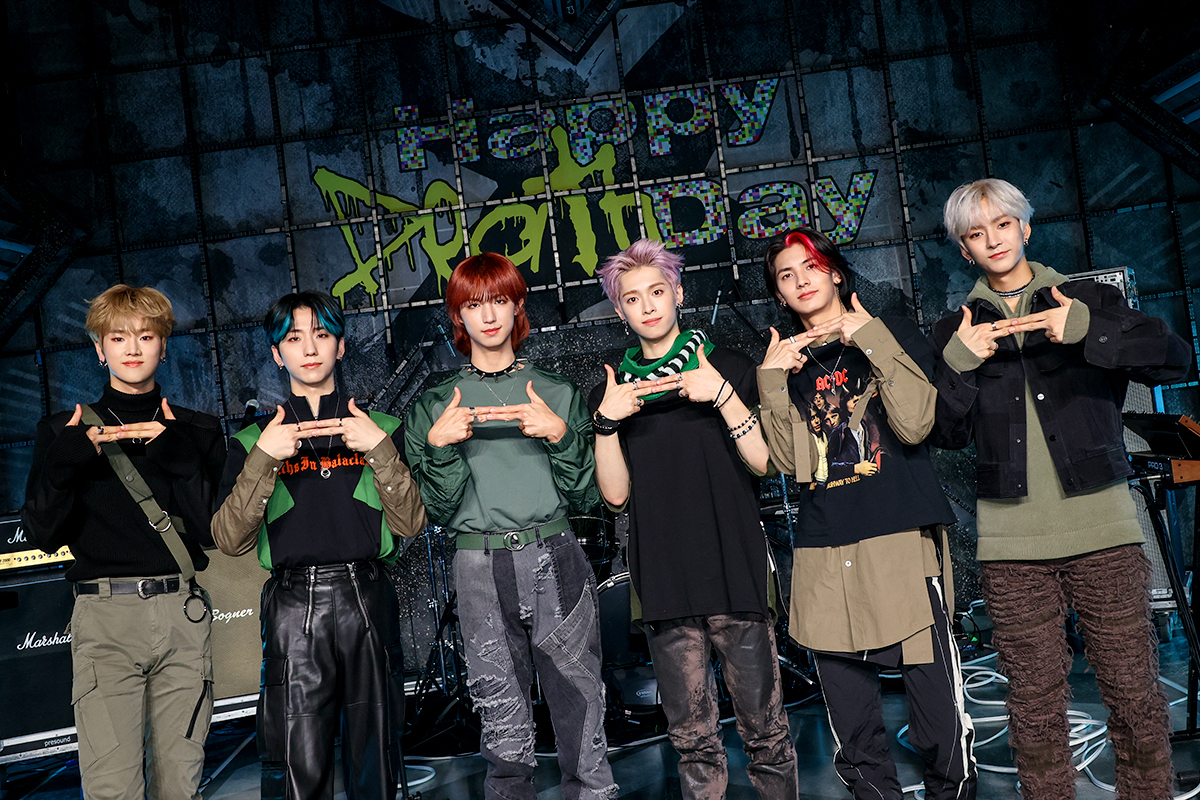 Produced by K-pop powerhouse JYP Entertainment, home to globetrotting acts like boy band 2PM and girl group Twice, the sextet threw their glitzy hats into the ring Monday evening hoping to follow in the footsteps of label mates Day6, the current pop-rock kings of K-pop.

The band is made up of Gunil, who plays the drum and is a graduate of Berklee College of Music; Jungsu and O.de, the keyboardists; Gaon and Junhan, the guitarists; and Jooyeon, the bassist. They boldly marched onto the music scene with their debut single, “Happy Death Day.”

The six-piece act‘s name is short for “Extraordinary Heroes.” The meaning behind the band’s name was hinted at in a teaser video when the phrase “We Are All Heroes” appeared. In line with the band‘s message, the bandmates aim to show and convey various sounds to fans in and out of the country. They also hope to show that they are just ordinary boys in their 20s that are able to turn into heroes because of their passion for music.

When asked about their group’s name, Gun-il said the company announced that they would be stepping onto the music scene as “Xdinary Heroes,” a name that the agency picked. The drummer said he thought the name was long and hard to pronounce at first, but it quickly caught on.

Also, under the motto that everyone in this world can be a hero, Xdinary Heroes aims to put out songs and words about those who have dreams and talk about stories of heroes in people’s daily lives. 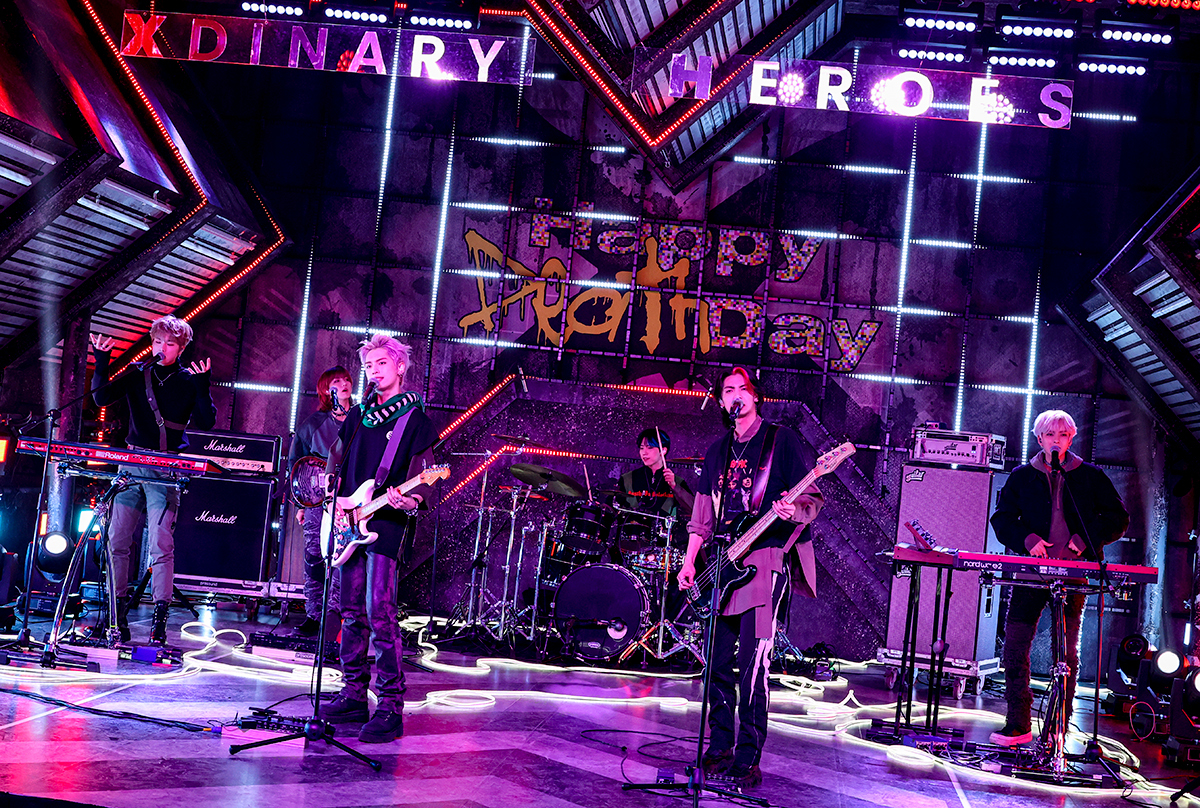 Rookie boy band Xdinary Heroes performs their debut song “Happy Death Day” on Monday at an online press conference. (JYP Entertainment)
In line with the title, “Happy Death Day,” Gun-il described the band’s debut as “a song that talks about the start of something as we are in the last month of the year, but at the same time also talks about death.” The leader went on to say that the song describes a situation of facing something unfamiliar on one’s happiest and most celebrated day.

Jungsu and Gaon listed themselves as songwriters and composers for the debut track. They said the music talks about people‘s duality at a birthday party. “We thought of how many people would genuinely wish a heartful happy birthday after blowing out the candles after the birthday get-together,” Jungsu said.

The keyboardist continued to say that when writing and coming up with the words for the tune, he questioned people’s faces once the candles were blown out – people will smile in front of the birthday boy or girl but tend to change their faces when they turn around.

Speaking about the movie “Happy Death Day,” released in 2017, Jungsu said the film was never his inspiration. “I never intended to come up with the same title. I started by deciding the setting as a birthday party, and I was looking for a word that was more powerful than just a party,” he said. 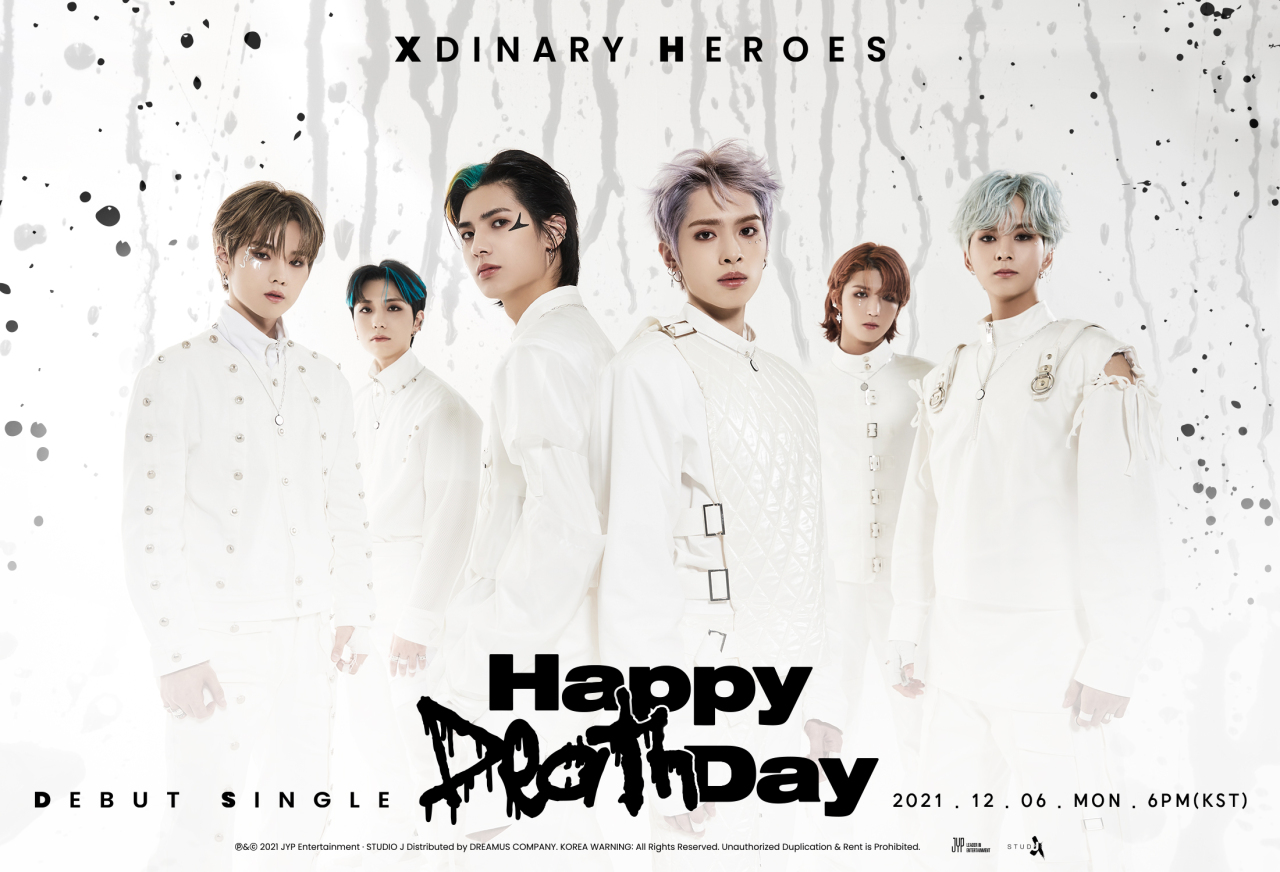 (JYP Entertainment)
Gaon also said he wanted to add a touch of spooky vibes into the title, which eventually turned out to be “Happy Death Day.”

He added that what the two words “happy” and “death” -- represent in the band‘s debut song is what music listeners and fans should focus on.

Juyeon said that although rock bands are not well-known, he believes that having an identity as a band that sings powerful sounds with an outstanding stage performance will leave an indelible mark on many people’s minds. Jungsu also working on the songs makes them a little more unique.

“I think this quirk is our perk. It’s difficult at first, but I’m sure that fans will be smitten with our name and band eventually,” he said.

Xdinary Heroes also said in unison that rock band Day6 gave them excellent pieces of advice. Jungsu said that Dowoon of Day6 told the sextet to enjoy music to the fullest and added that the band‘s songs gave him immense comfort and motivation while preparing for his debut.

“I hope to be a group that shows great performances on stage, just like Day6,” he said.

Gaon expressed high hopes for the band’s performance on the music charts, saying he would love to see the song do well. Gun-il chimed in, saying that the band would upload a video on social media if their dream came true.

At the end of the event, Jungsu said he hopes to see Xdinary Heroes be a band that fans look forward to hearing from.

“I hope to raise expectations and trigger people’s curiosity about what kind of music we will put out in the future. We will strive to become a band that continuously develops,” he added.

The debut single was released at 6 p.m. on Monday.