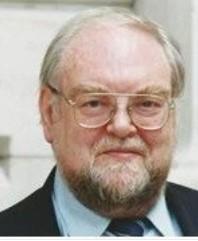 James Edward Hoare, recipient of the third Woodang Award (The Woodang Foundation for Education and Culture)
The Woodang Foundation for Education and Culture is honoring James Edward Hoare, former member of the British diplomatic service and current research associate in Korean studies at the School of Oriental and African Studies University of London, for his contributions to the nation with this year’s Woodang Award.

Initiated in 2019, the annual award goes to domestic and foreign figures who follow the spirit and vision of Woodang Lee Hoi-young, who worked for the nation’s independence movement and contributed to creating an atmosphere of peaceful unification.

Hoare joined the British diplomatic service as a research analyst, concentrating on diplomatic ties and historical issues on China, Japan and the Korean Peninsula from 1969 to 2003.

In the 1970s, while serving as research cadre of the British Foreign and Commonwealth Office, Hoare contributed to the finding of historically valid records of the early 1900s, when Korea’s diplomatic sovereignty was gradually being eroded by Imperial Japan.

Hoare also found evidence that proved Japan’s contract assassination of Lee Han-eung, a diplomatic agent of the Korean Empire and an independence activist.

At an online awards ceremony on Monday, North Korean defector-turned-lawmaker Tae Yong-ho of the main opposition People Power Party was expected to make a congratulatory speech and talk about the friendship he shares with Hoare.