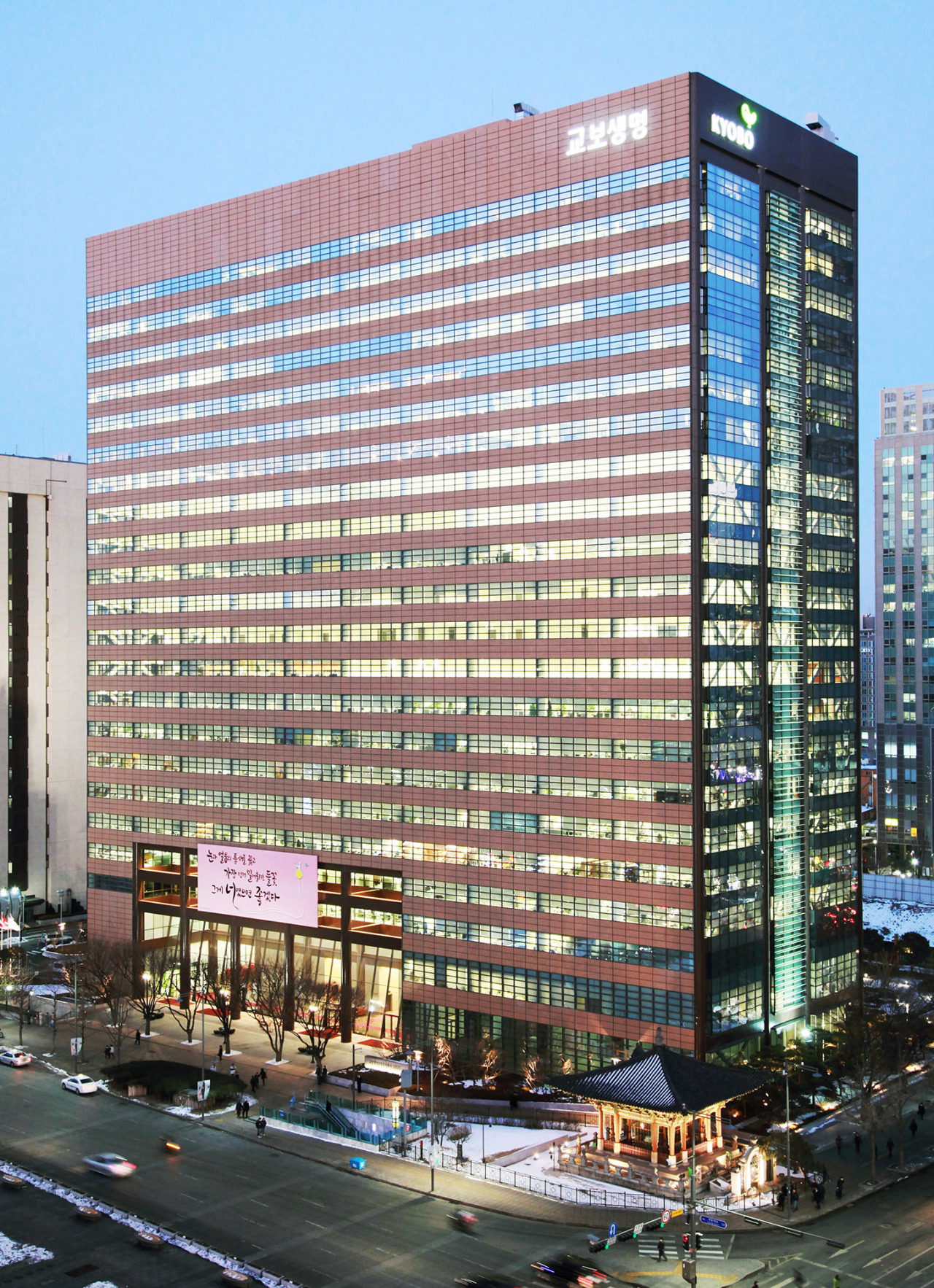 A Kyobo Life Insurance headquarters building in Seoul (Kyobo Life Insurance)
Kyobo Life Insurance, one of South Korea's leading life insurers, said Monday that it has requested a reinvestigation into and punishment of some accountants of Deloitte Anjin accused of conspiring to inflate the prices of a put option that one of its strategic investors exercised years earlier.

In October 2018, Affinity Equity Partners exercised a put option on 6 million shares in Kyobo Life Insurance at a strike price of 409,000 won ($345) per share after the insurer failed to deliver on its promise to conduct an initial public offering by September 2015.

Kyobo Life refused to buy those shares, saying the price was too high and lodged a complaint with the International Council for Commercial Arbitration. In September this year, the ICC rejected Affinity Equity Partners' request.

Deloitte Anjin was in charge of determining the fair market value of the put option. In February, prosecutors indicted three officials of the accounting firm and two others of Affinity Equity on charges of colluding to inflate the prices. The officials all denied the allegation. A sixth trial is set for Dec. 12.

In February, Kyobo Life filed a complaint with the Korean Institute of Certified Public Accountants over the issue but the institute recently decided not to take any disciplinary action against the accountants.

"The process of handling the complaint by the public accountants' institute has deficiencies and investigation has been insufficient," Kyobo Life said.

"The illegal acts by the accountants of Deloittee Anjin should be thoroughly investigated and if they were found to have violated anything, they should face strict punishment," it added.

Kyobo Life plans to apply for preliminary approval of an initial public offering (IPO) in December and complete its IPO within the first half of next year.

Kyobo Life said the envisioned IPO would help the company diversify its funding sources in preparation for the introduction of the International Financial Reporting Standard 17 (IFRS17) in 2023, a new accounting rule for insurance products.