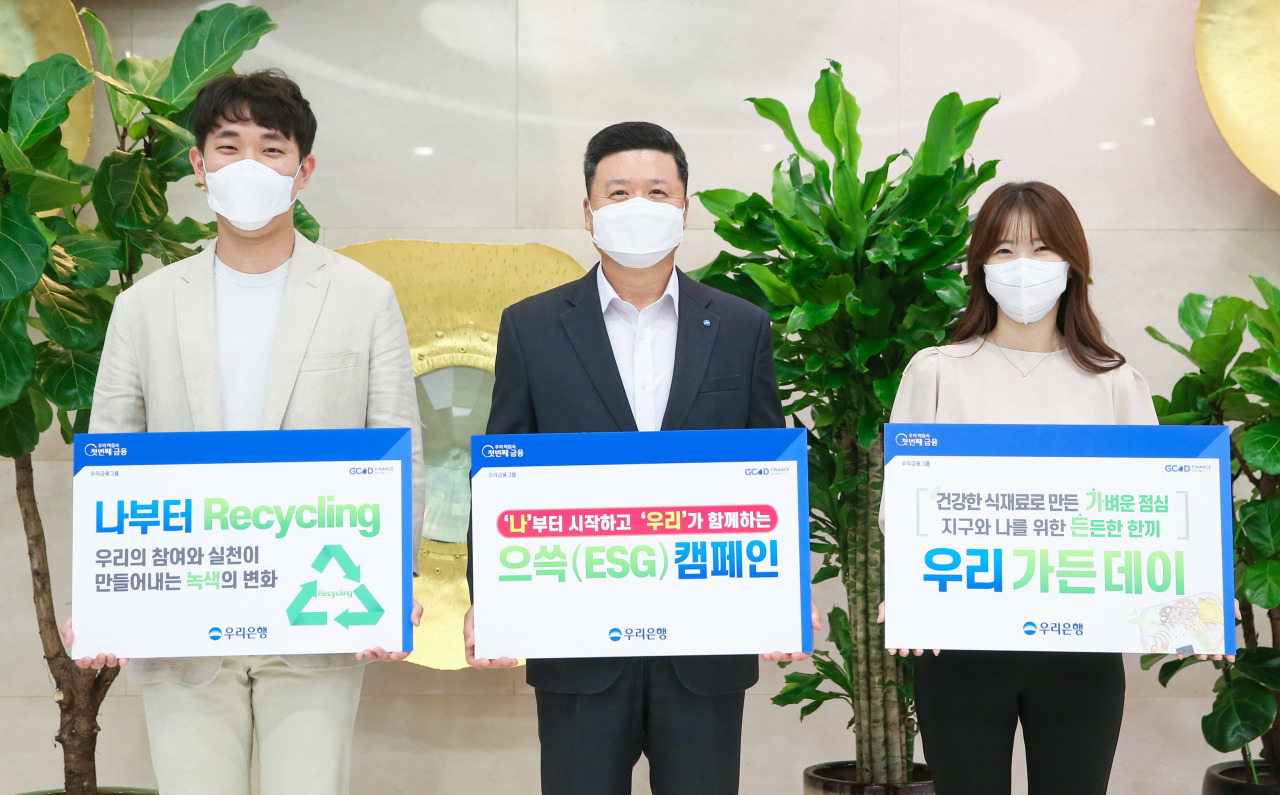 Woori Bank CEO Kwon Kwang-seok (center) and employees hold signs promoting intra-company ESG campaigns at the lender’s headquarters in central Seoul, in this photo released on Oct. 19. (Woori Bank)
When banks gave out loans, the only question they asked was, “Can you pay it back?” This was before the pandemic.

But now, people hit hard by the COVID-19 are flocking to banks, desperate to get their hands on cash. Suddenly, lending money has become an emotional task.

Banks have also come under increased scrutiny against the backdrop of a stronger push for environmental, social and governance values. If loans are used for controversial purposes, such as building coal power plants overseas, banks take the blame too.

Under the slogan “Good Finance for the Next,” Woori Bank envisions green finance that is generous to those in need, but strict to those who go against ESG commitments.

On top of financial aid, Woori Bank will advertise them on Woori’s smartphone app. Campaign participants will also be able to sell their products on Woori Card’s open market platform WiBee Market.

To comply with ESG standards, Woori in August adopted a global risk-management framework, known as the Equator Principles. Under the initiative, Woori and its subsidiaries will not grant loans if there are environmental or social risks, such as massive development projects that destroy nature or violate human rights.

To achieve its 2050 carbon neutrality goals, the banking group joined the Partnership for Carbon Accounting Financials in August and the Science Based Targets initiative in September. Also, it was the first Korean financial institution to have joined the Business Ambition for 1.5 degrees Celsius campaign.