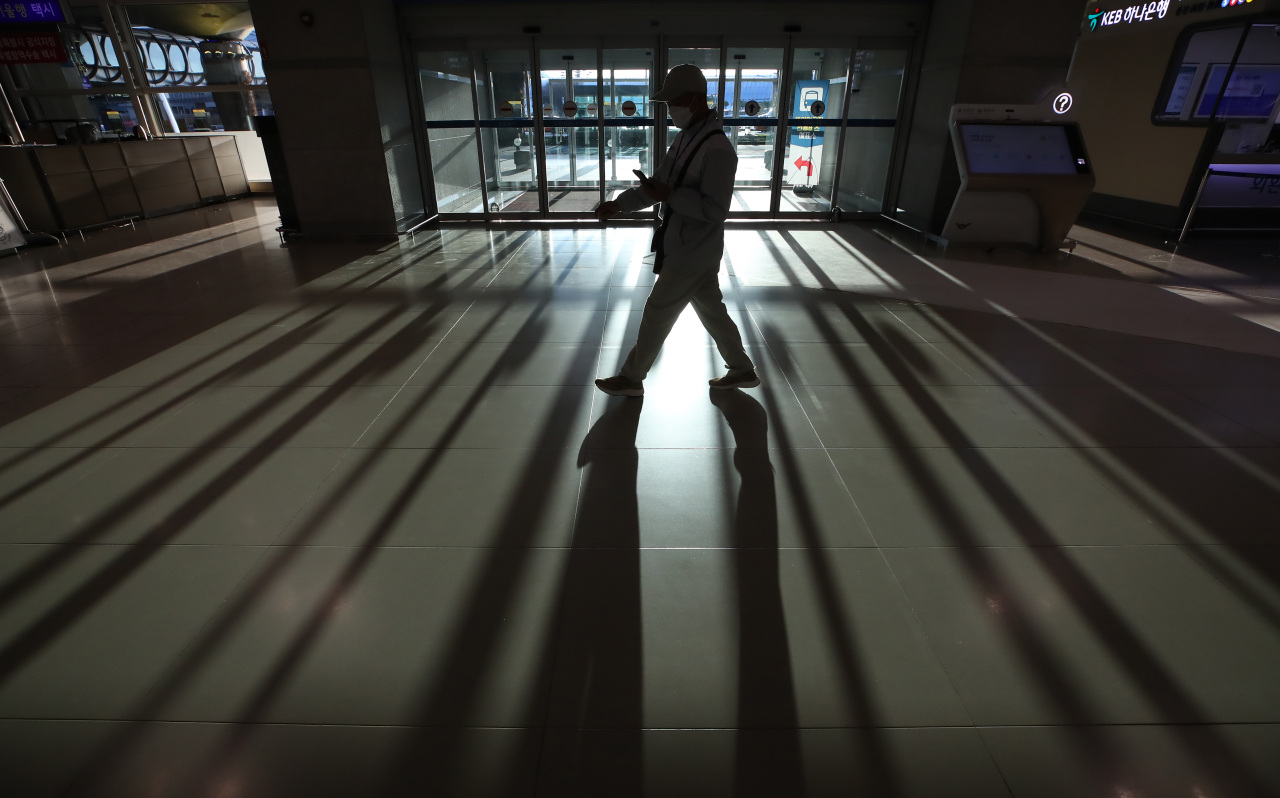 (Yonhap)
A rapidly spreading fear over the omicron variant of the coronavirus has forced big corporations in South Korea to adopt stricter in-office quarantine guidelines again and restrict overseas business trips, casting a shadow over their business plans for next year.

An increase in confirmed omicron variant infections has pushed the South Korean government to tighten its eased quarantine rules under their ‘living with COVID-19’ scheme, which kicked off Nov. 1. Starting Monday, the number of people allowed at social gatherings has been capped at a maximum of six in Seoul for four weeks. All inbound travelers have to be put in a 10-day mandatory quarantine regardless of their vaccination status until Dec. 16.

Businesses have scrambled to respond to the latest flip-flop in COVID-19 protocols. Samsung Electronics has halted business trips unless they are “compulsory” and approved by top management. Business trips to nine countries including South Africa where the omicron variant was first reported have been banned. After-work dinners have been put on hold and the operation of in-house gyms will be suspended.

Hyundai Motor Group has also introduced new office rules. Starting Monday, the maximum number of people allowed for meetings and seminars will be reduced from 50 to 30. Lounges will be closed and work from home arrangements will be expanded. Similar rules have been adopted by its sister company Kia Motor.

LG Group affiliates are increasing the number of employees who can work remotely from the current 30 percent to 40 percent. For meetings, in-house education sessions and events, only up to 20 people who are vaccinated will be allowed to gather on company premises.

Hanwha Group has ordered all of its meetings to take place online and required at least 30 percent of staff in each division to work remotely. Both local and overseas business trips are suspended unless necessary.

For year-end dinners and social gatherings, GS Group is sending its retail affiliate’s meal kit products to employees as a replacement of team dinners.

IT companies including Naver and Kakao, which switched to remote working for the past two years since the outbreak of COVID-19, said it would delay returning to the office until March.

With downsized business meetings and activities, corporate chiefs are reportedly also mulling over their attendance at Consumer Electric Show 2022 scheduled to be held in Las Vegas in Jan. 5-8. Last year’s CES took place online due to the pandemic.

It was initially reported that SK Chairman Chey Tae-won, who is also the chairman of the Korea Chamber of Commerce and Industry, Hyundai Motor Group Chairman Chung Euisun and Hyundai Heavy Industries President Chung Ki-sun had planned to attend the trade show in person, but it remains unclear whether their plans will change under the current circumstances.

Meanwhile, the aviation industry has also stepped up measures amid worries over another possible recession.

Korean Air said it has been sharing details with its employees on the latest quarantine measures at immigration and made it mandatory for employees to wear masks when meeting customers.

Jeju Air has also forbidden face-to-face educational meetings and group lunches for its employees. Only a certain number of staffers will be allowed to work at the office, the air carrier said.