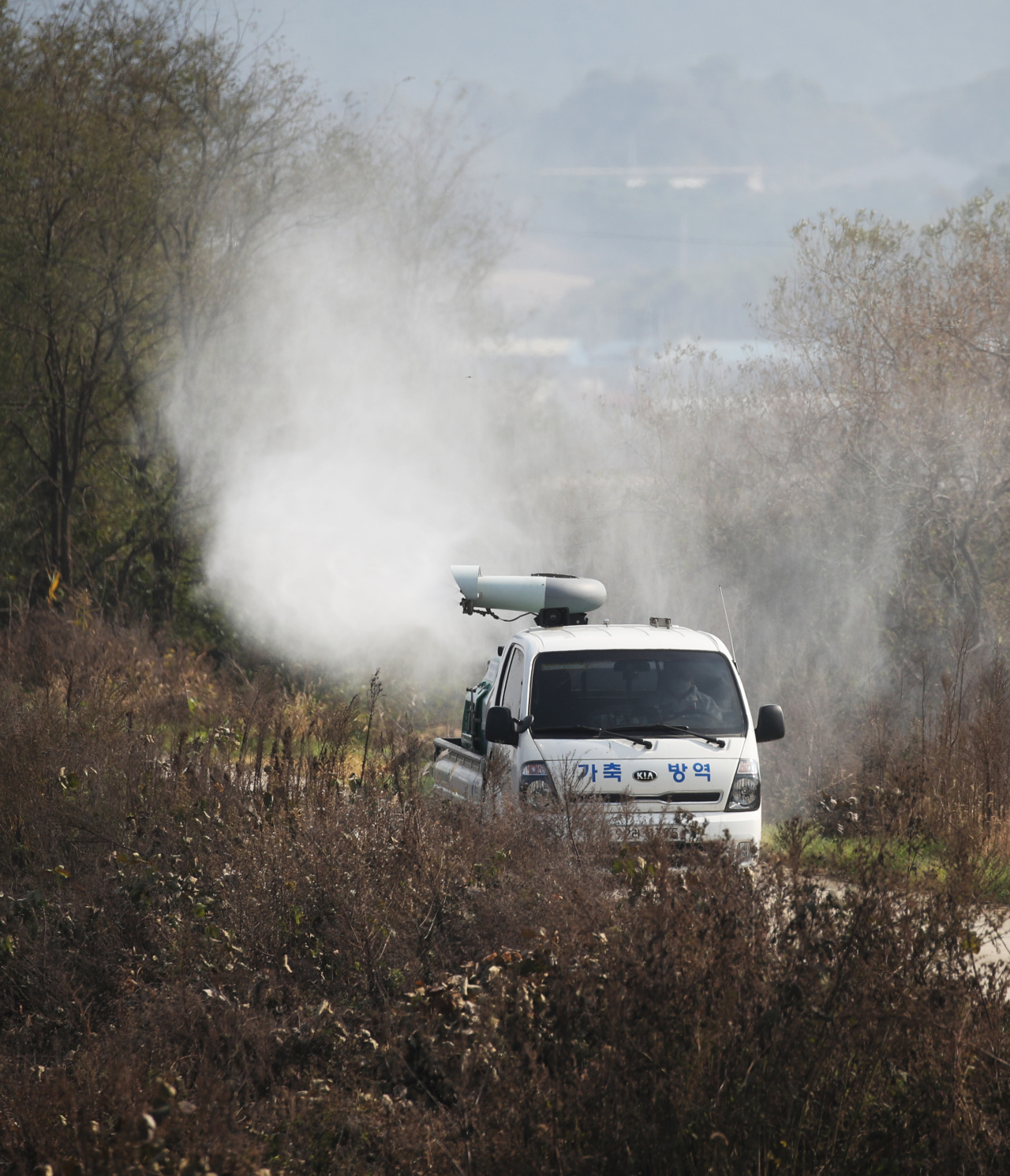 This photo shows officials carrying out a disinfection operation on a road in the city of Yongin, Gyeonggi Province. (Yonhap)
South Korea on Saturday reported suspected cases of highly pathogenic bird flu at a local egg farm.

The suspected cases of the avian influenza were discovered at an egg farm in Cheonan, 92 kilometers south of Seoul, according to the government's avian influenza response headquarters.

Tests for the avian influenza are currently under way, and the results will be announced in up to three days, the headquarters said.

Highly pathogenic avian influenza is very contagious among birds and can cause severe illness and even death, especially in domestic poultry. (Yonhap)