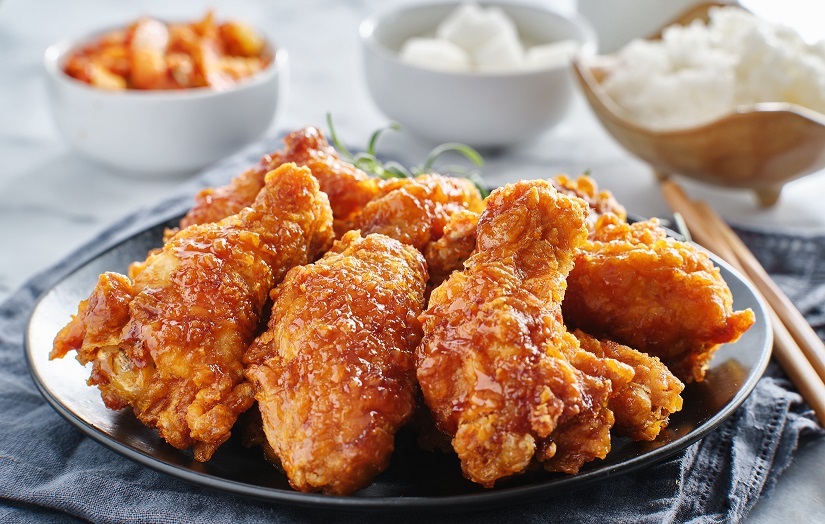 Korean fried chicken is expanding its global reach, captivating the paletes of many abroad. On its home turf, however, debate is roiling over its size, taste and even a lack of supposed “Koreanness” of the beloved dish.

Local food critic Hwang Kyo-ik sparked debate when he complained of the size of Korean chickens, which he said is the reason for Korean fried chicken relying too much on sauce, instead of the meat itself.

Korea is the only place in the world where broiler chickens are bred for just 30 days and a slaughter weight of 1.5 kilograms, he claimed, citing the National Institute of Livestock Science.

“Some people insist that these small broiler chickens taste better than big ones. I wonder if they have ever tried big broiler chickens weighing around 3 kilograms,” Hwang said in a Facebook post late last month.

His remarks were soon blasted by the Korea Poultry Association, which promotes the interests of domestic poultry farms.

While acknowledging that local fried chicken is small in size compared to other countries, the association refuted that the taste is greatly affected by that.

“It is very inappropriate for Hwang to make such an argument as if most small chickens produced in Korea and offered at local restaurants are tasteless,” a KPA official said.

Hwang’s criticism comes as Korean-style, double-fried chicken is enjoying growing global popularity, with many local chicken franchises setting up or expanding their presence in foreign territories.

According to a survey of 8,500 people in 17 major cities across the globe who have tried Korean food, conducted by the Korean Food Promotion Institute with the Ministry of Agriculture, Food and Rural Affairs between August and September, nearly 30 percent of respondents picked fried chicken as their most favorite Korean dish. Bibimbap, a dish of rice mixed with meat and vegetables, came second at 27.2 percent, followed by tteokbokki, rice cakes in a red chili sauce, at 18 percent.

On this result, Hwang also had something to say.

While making his case for the lack of Koreanness in fried chicken, he also said that rich people do not eat chicken, which triggered another round of debate among fried chicken lovers.

On Friday, a chairman of Korea’s massive chaebol group SK was drawn into the chicken debate.