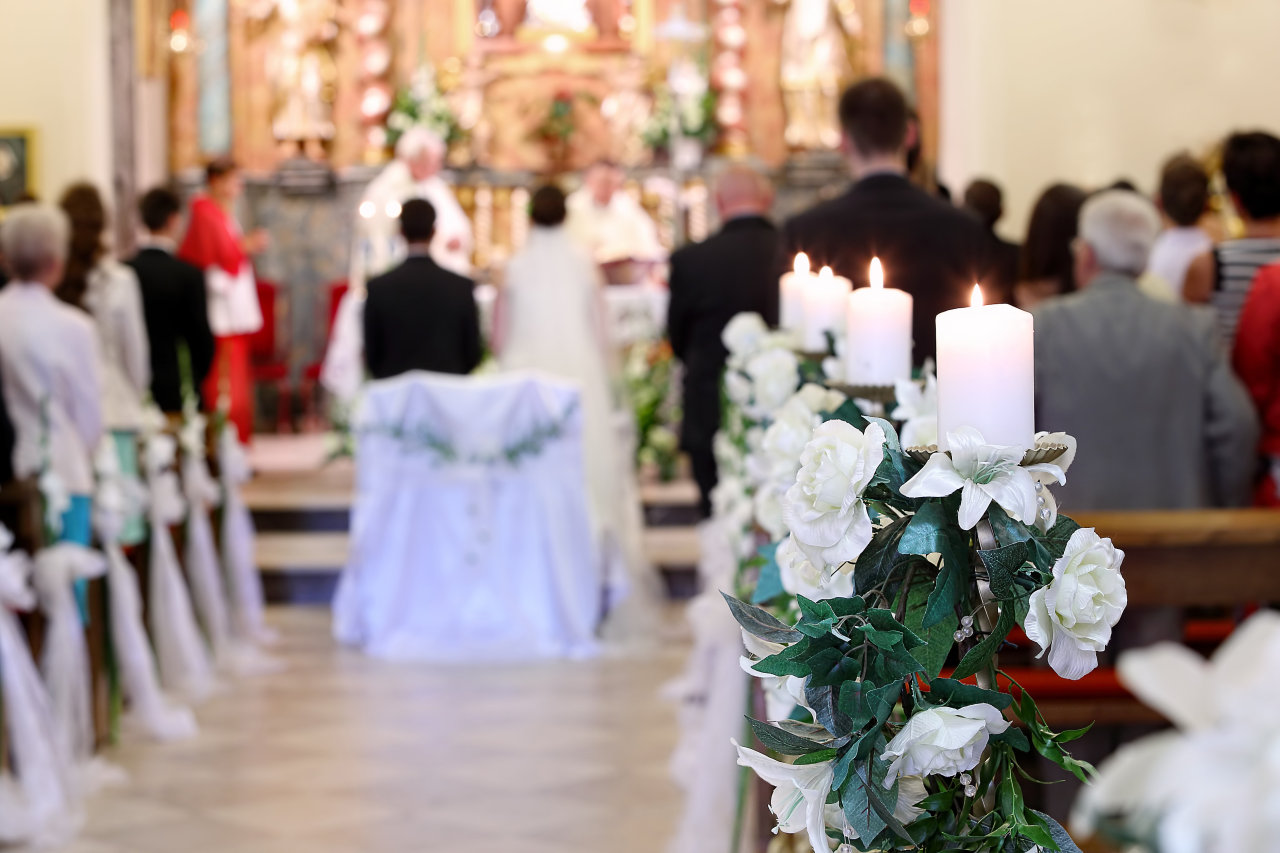 (123rf)
“You look stunning! Your dress looks so much prettier than the pictures you showed me,” I told the glowing bride as I walked into a wedding chapel waiting room covered in white flowers. “The other girls are on their way.”

She smiled, thanked me for being there and gave me a hug which was surprisingly natural given that it was the first time we had met.

My first job as a professional friend for hire started with a brief hiring notice on a KakaoTalk group chatroom.

I applied with a brief CV containing my photo, age and other personal information and was given the job three days before her wedding.

There were some ground rules I had to follow for this job: (1) I needed to take pictures with her in the bride’s waiting room before the nuptial; (2) I had to take part in a group photo session after the ceremony; (3) I was not allowed to talk to the bride’s immediate family members and (4) I could NOT forget or confuse the bride’s name. 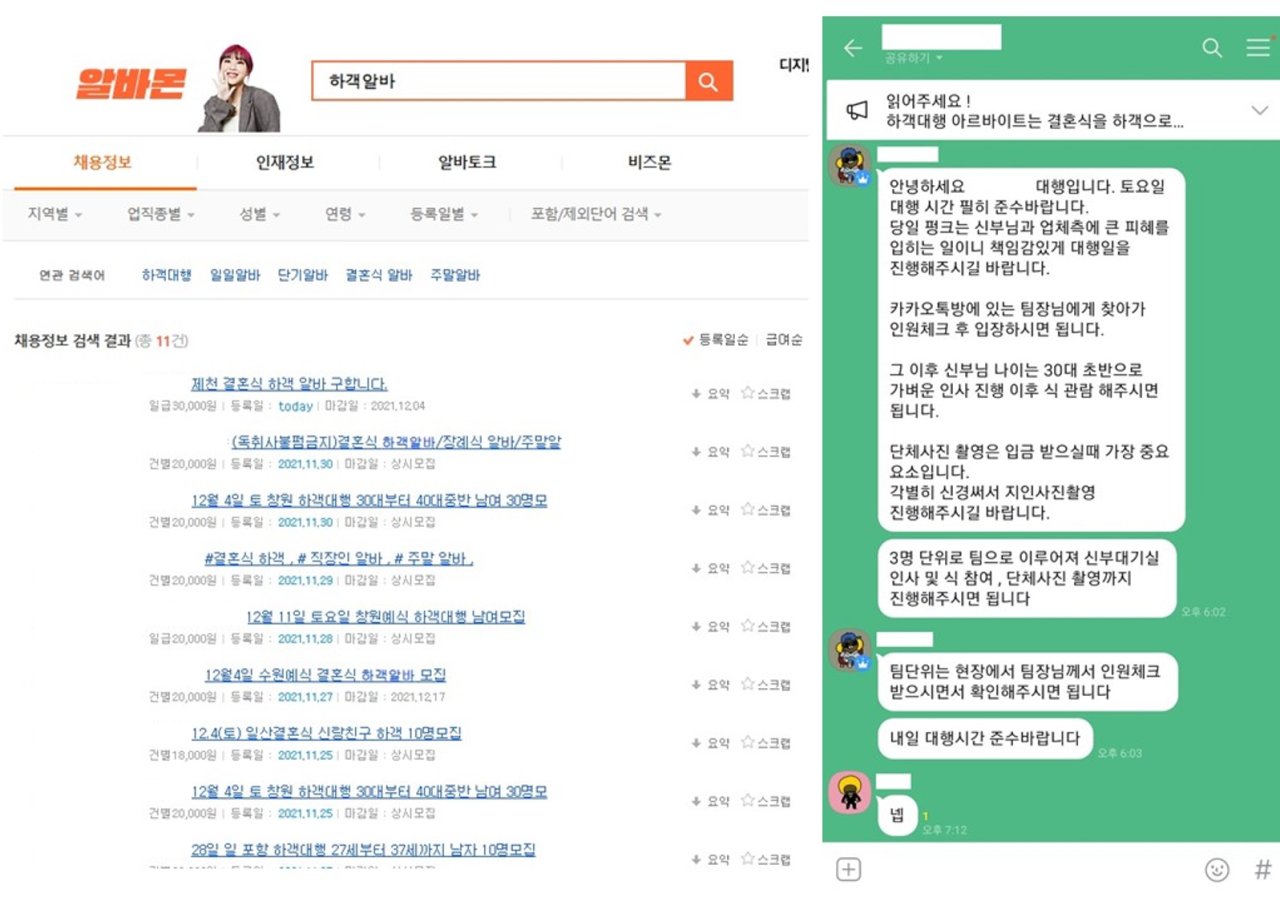 A screenshot of postings on Albamon, one of the nation‘s biggest job-searching sites, recruiting part-timers interested in working as fake wedding guests. (Albamon) / A screenshot of an open chat room on KakaoTalk created by a company, which recruited fake guests for Min-jung’s wedding in which a company official gives out work guidelines to part-timers. (Choi Jae-hee / The Korea Herald)

Chewing over this list, I headed to the wedding hall and joined a new breed of part-time actors who play the role of friend of the bride or groom at a wedding.

About 30 minutes before the ceremony, at a cafe near the wedding venue, I met the other cast members of the day’s show – nine other fake guests for Min-jung. We were joined by an on-site manager dispatched by the agency that hired us for her.

“Let’s split into three groups with each having different concepts -- colleagues at work, old university friends and high-school buddies,” said the woman.

As I was similar to the bride’s age, I was assigned to the high-school friends group, along with two other fake guests in their 20s.

When it was time, I stepped into the waiting room and saw the bride for the first time. She was with her real friends and family members, or so it seemed to me.

The next moment, Minjung and I were talking, as if we had known each other for years. We posed for photos with our arms folded, exchanging warm smiles and small talk.

The business of hiring guests to fill seats at weddings has been around in Korea since the early 2000s. It has since been extended to various other family occasions, ranging from first birthday parties to funerals.

Search “wedding guest rental” on Naver, Korea’s largest portal site, and you get a long list of service providers across the nation.

“It’s 29,000 won per person. We have a pool of experienced part-timers. We guarantee complete confidentiality,” said an employee at one agency when asked.

The official went on to say that, if the client wants, the hired guests will make cash gifts of the exact amount they send no later than two days before the wedding, in order to completely convince even the closest relatives of the client. It is customary in Korean weddings that guests give envelopes filled with cash to the couple as gift.

The business, along with the entire wedding industry, took a battering from the prolonged COVID-19 pandemic and subsequent restrictions imposed on private gatherings.

But things are improving after the government eased the rules under its “living with COVID-19” campaign on Nov. 1.

As for the actors, the appeal of the job, despite its frugal pay just slightly over the legal minimum wage, seems to be that it is a weekend job and offers a nice meal. This year’s minimum hourly wage is 8,720 won.

I spent approximately one and a half hours at the wedding, enjoyed a meal at the buffet restaurant in the basement of the wedding hall and was paid 15,000 won.

Song, 29, who belonged to the “high-school buddies” team with me and introduced herself as a graduate student, said she earned a total of 60,000 won in November, attending four weddings.

Another tip from Song: if you’re chosen to catch the bouquet, you earn an extra 3,000 won.

Lying to save face

After the wedding ceremony, guests moved to a huge banquet hall downstairs.

Soon the newly married couple began going about round tables where the guests are seated.

“Thank you for coming, girls. Let’s get together when I get back from my honeymoon,” Min-jung said, while introducing us as friends from high school to her relatives and friends at the same table.

Perhaps this moment was more important than our brief appearance inside the waiting room in front of just a few people. Nearly all of the seats were taken and the sound of guests chatting filled the hall. The wedding looked like a success.

After my one-day stint, I spoke with a sociology professor. What keeps this role playing business going?

“In Confucian cultures like Korea and Japan, chemyeon (social face) translates into a high emphasis on a positive reputation, honor or dignity in terms of interpersonal relationships. All these are given by others,” said Yoon In-jin, a professor of sociology at Korea University.

Also, a sense of community is deeply embedded in traditional Korean culture. So, older generations are more accustomed to a large wedding attended by many guests, putting a burden on brides and grooms, said Yoon.

Soon after leaving the wedding hall, I received a message from the agency.

“The payment has been sent. The next wedding ceremony is scheduled for XX. Text us back if you’re interested.”