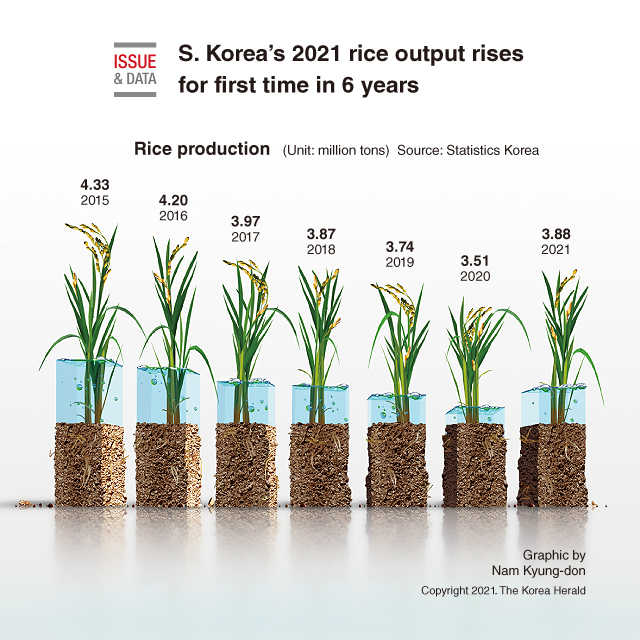 South Korea’s rice output rose for the first time in six years due mainly to favorable weather conditions and an increase in the cultivation area, data showed.

The country’s rice production reached 3.88 million metric tons in 2021, up 10.7 percent from a record low of 3.51 million tons the previous year, according to the data compiled by Statistics Korea.

It marked the first rebound since 2015 when rice output rose 2 percent on-year to 4.33 million tons. The figure declined for the fifth straight year in 2020.

The increase in the output came as favorable weather conditions from July through October, such as longer hours of sunshine and less rainfall, helped the growth of rice grains, the statistics agency said. (Yonhap)