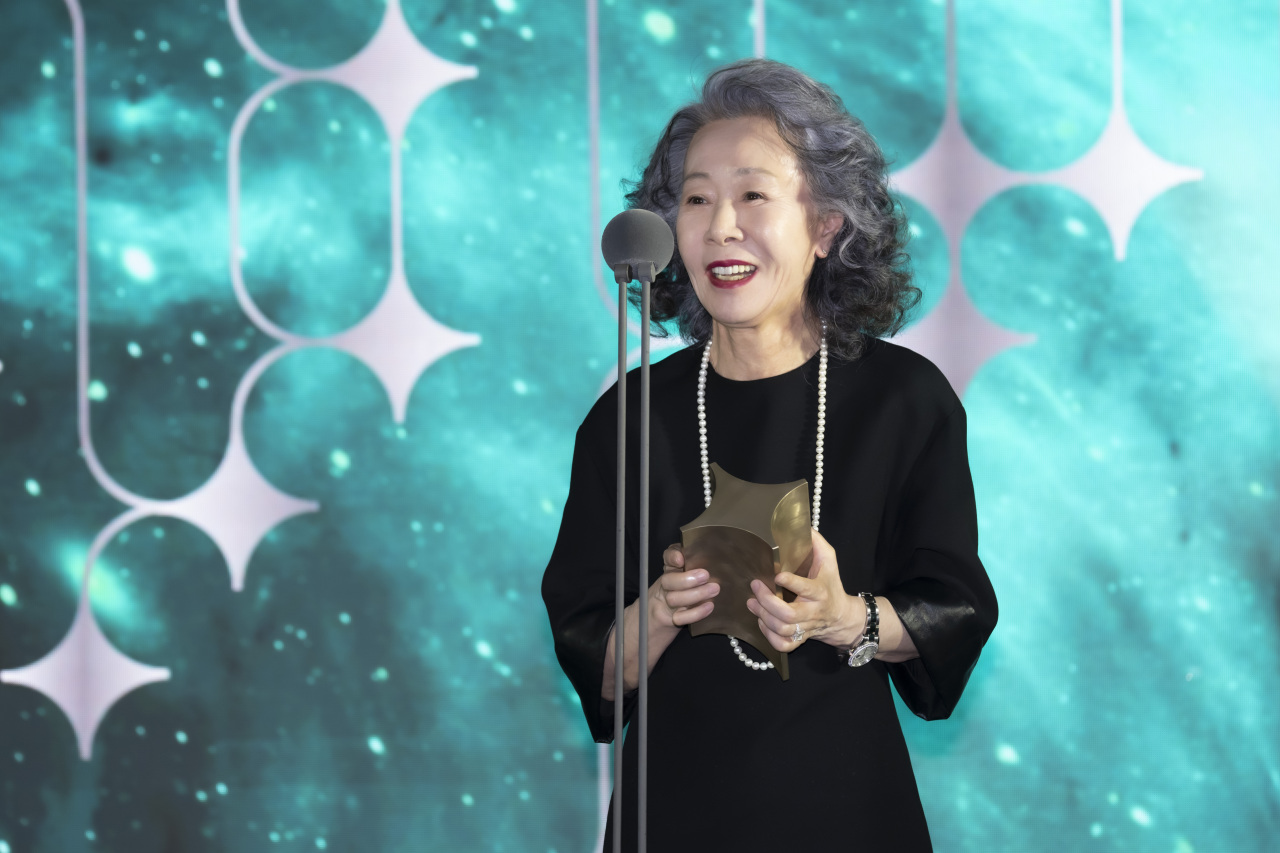 The second edition of the annual awards, presented by South Korean media and entertainment giant CJ ENM, recognizes individuals who created new trends in the entertainment business and contributed to the spread of Korean Wave. 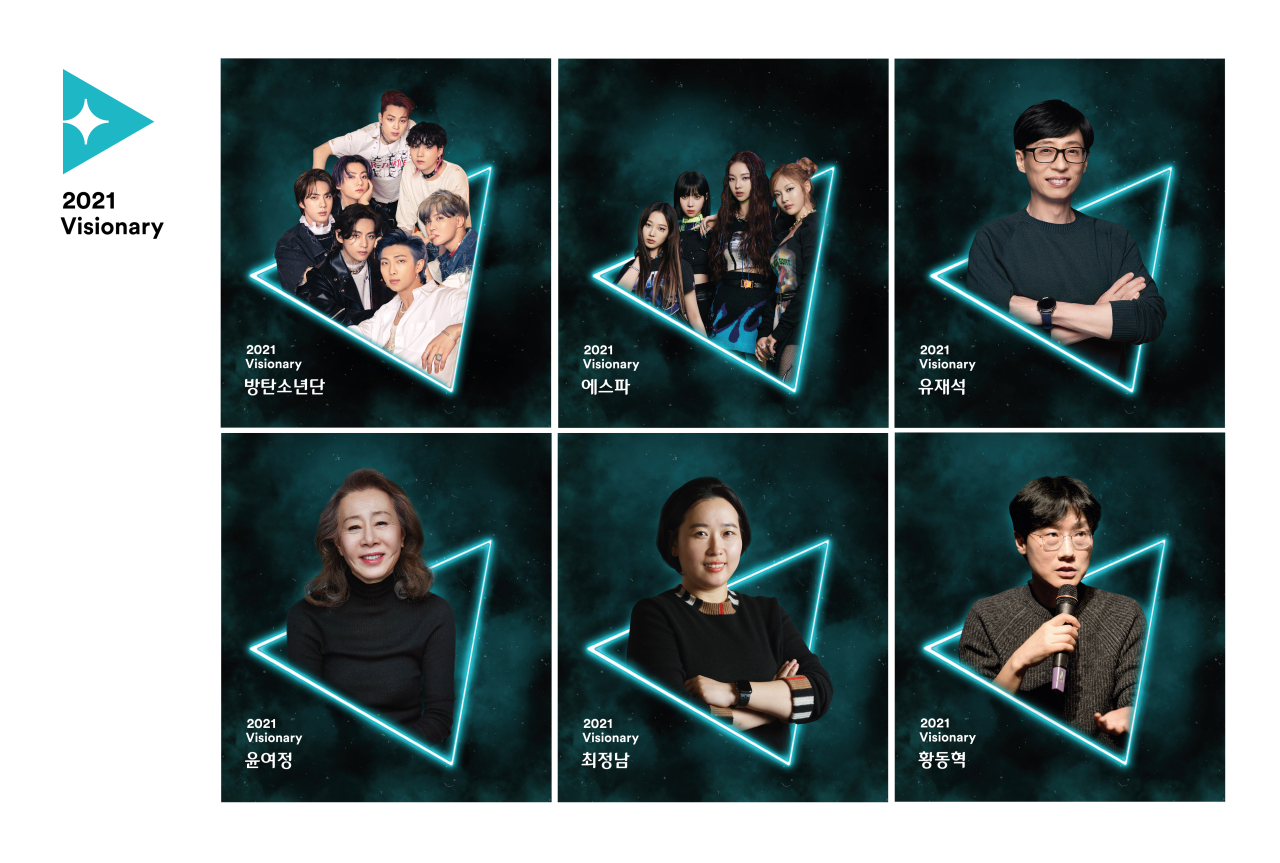 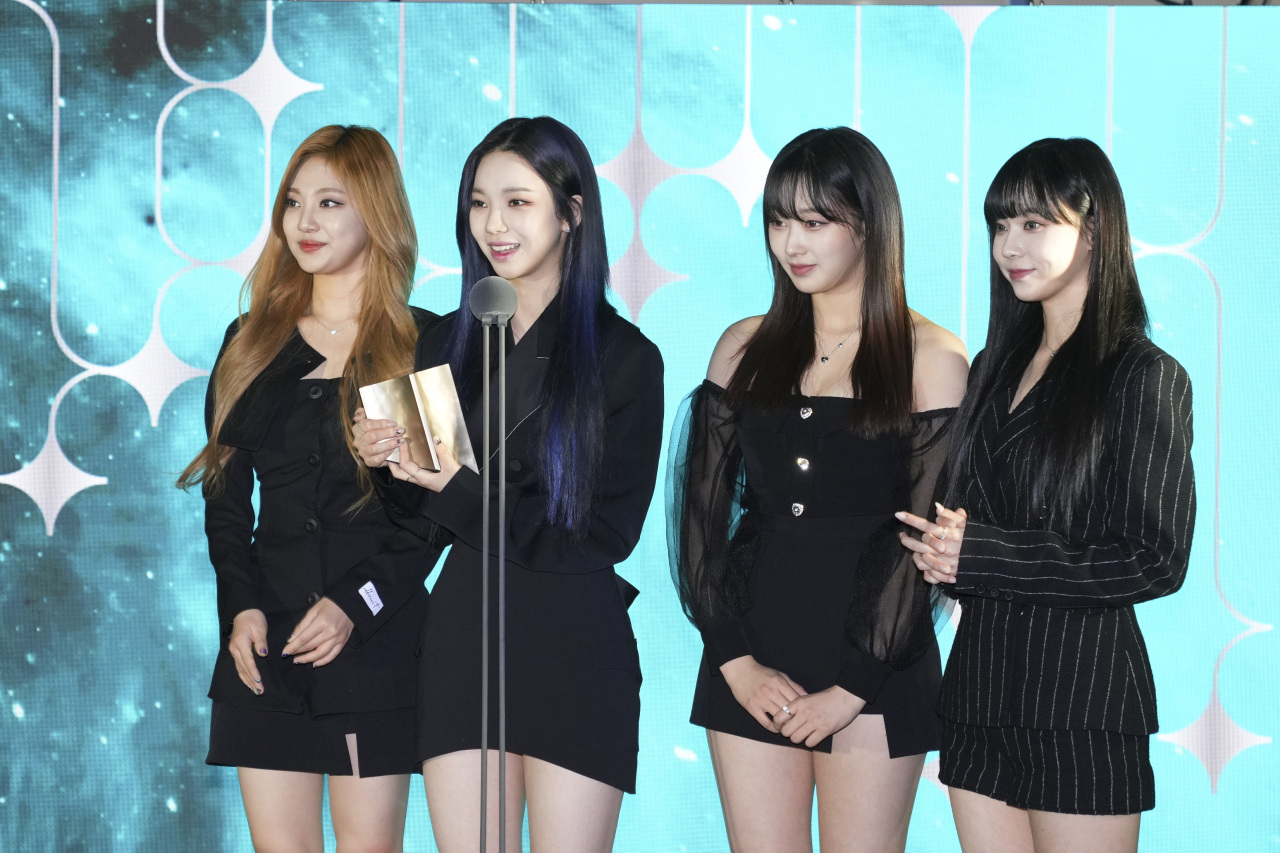 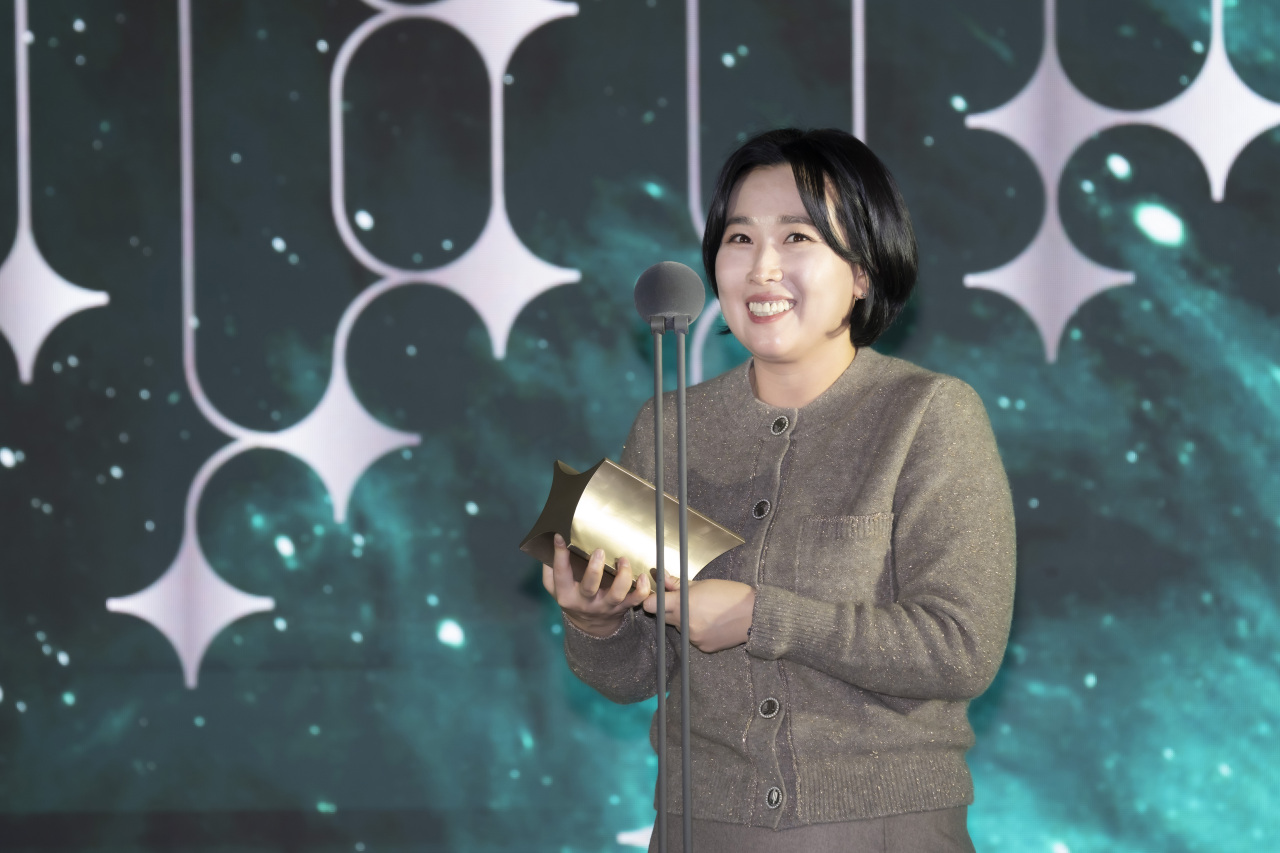 Director Choi Jung-nam wins at the 2021 Visionary Awards at the CJ ENM Center in Mapo-gu, western Seoul, Wednesday. (CJ ENM)
K-pop girl group aespa was recognized for its unique universe, where the virtual characters of each bandmate exist in a digital environment with 3D virtual spaces and augmented reality, introducing new possibilities to the music industry.

With her television show about music and dance, Choi was recognized for bringing a new perspective on dance to the Korean entertainment scene.

BTS and Yoo were on the visionaries list for two consecutive years, proving they are the irreplaceable characters in the broadcast and music industries of Korea, respectively. 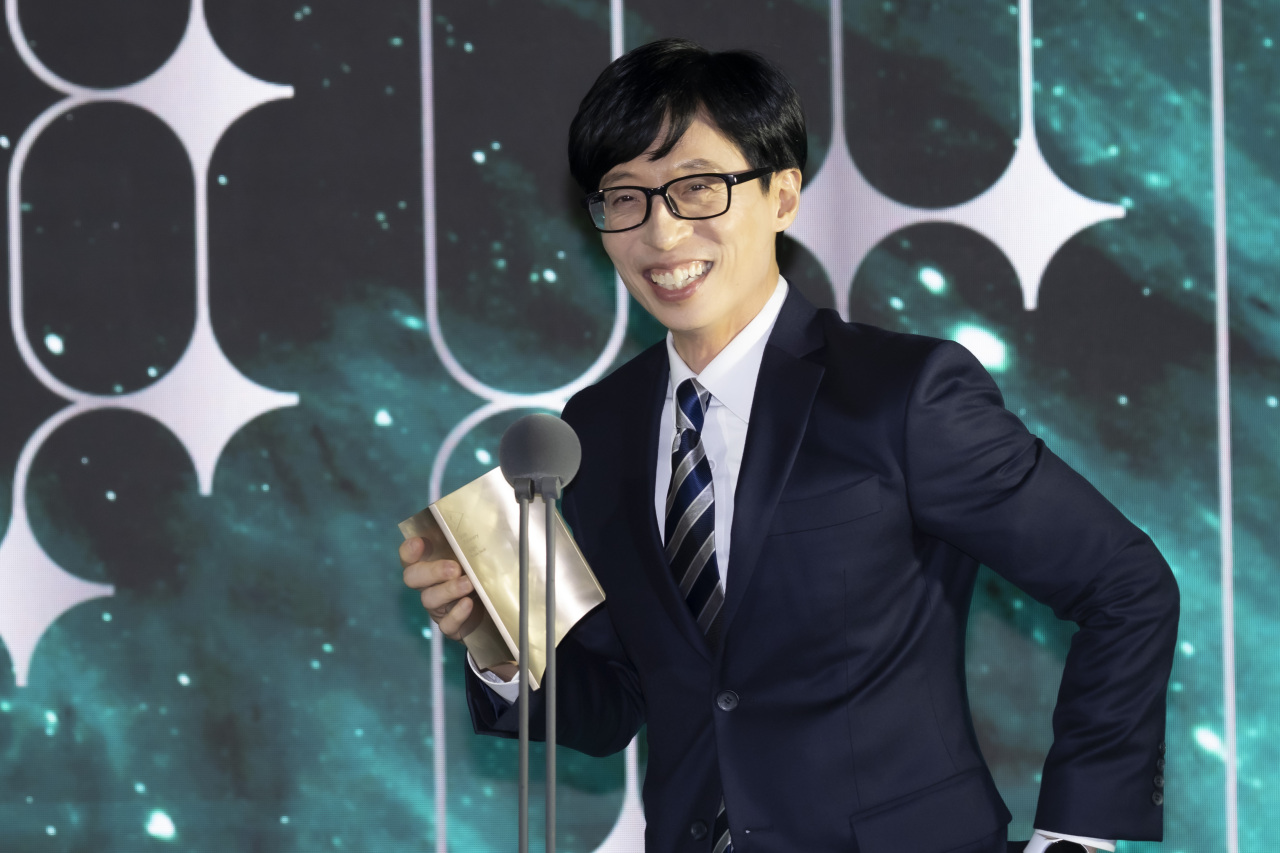 Comedian Yoo Jae-suk wins at the 2021 Visionary Awards at the CJ ENM Center in Mapo-gu, western Seoul, Wednesday. (CJ ENM)
“A lot of surprising events are happening with Korean content. As a comedian, I will do my best to create television and variety shows that can win both local and foreign viewers’ hearts,” a CJ ENM press release quoted comedian Yoo as saying.

With the emergence of the omicron variant and the extended COVID-19 pandemic, the awards ceremony was held in private.

BTS and Hwang were unable to attend the event in person due to overseas engagements.

CJ ENM announced that the company will be highlighting the contributions and achievements of the six visionaries in a special documentary that is scheduled to release in mid-December.