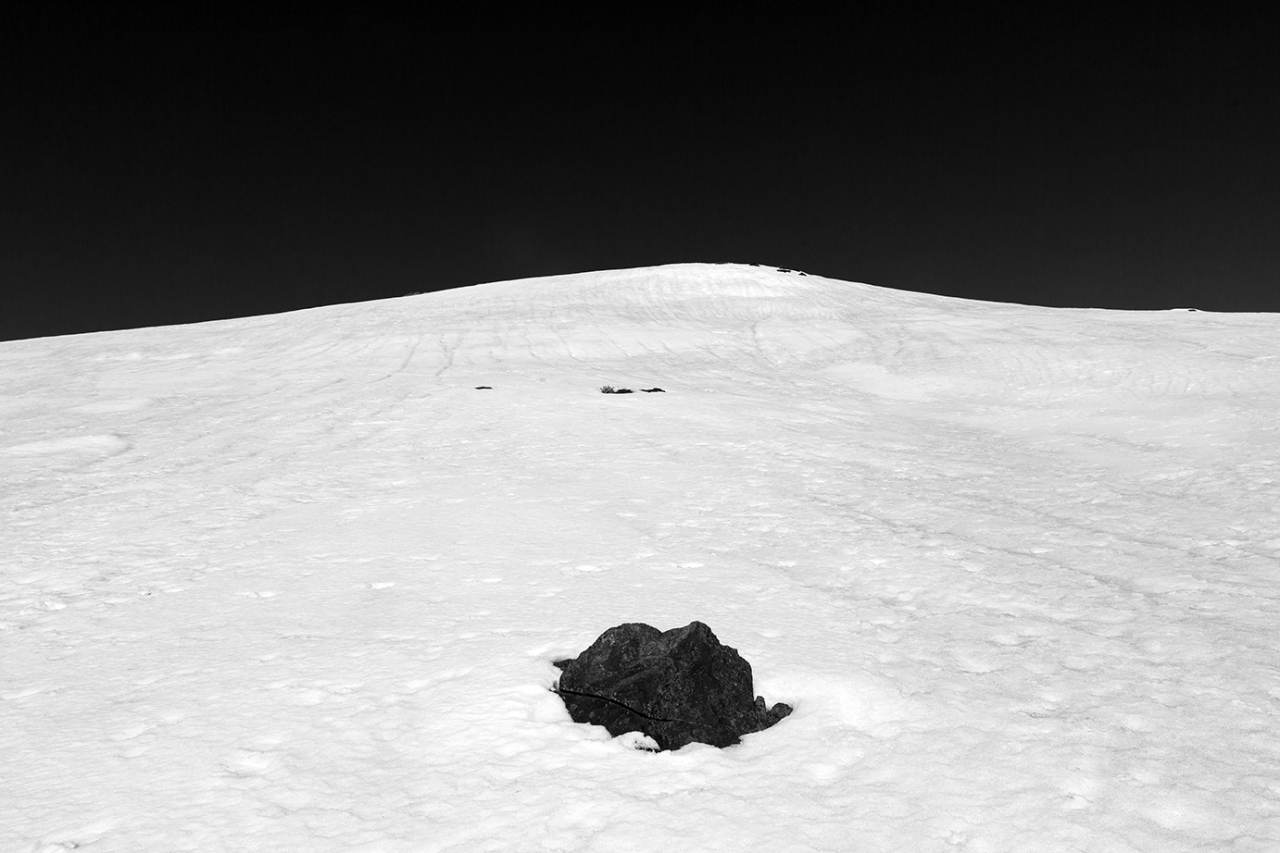 The upcoming exhibition “One Moment in Past” will present some 25 monochrome photography works by Ahn. He portrays moments of snow fluttering down from a tree, snow gently falling down on a mountain and land covered with snowflakes. The photographs will lead audiences to a calm and quite atmosphere in the midst of the winter.

“(The exhibition) is about the stories in the past that are fading away as if they would disappear like snow melting away,” Ahn wrote about his works.

The artist was attracted to the natural scenes from nature as they remind him of when he was growing up in a rural area, he said.

“The good old days remain in my memories of playing with kids on a mountain or on a field. I have been interested in capturing Korea’s old sentiment that seems to be disappearing,” Ahn told The Korea Herald.

After studying photography at Shingu College in Seongnam, Gyeonggi Province, in 1989, he has taken photographs that reveal various aspects of the country for the past 30 years. Ahn has contributed his works to a number of publications, including Koreana, a quarterly magazine published in 11 languages by the Korea Foundation.

The exhibition run through Dec. 22.