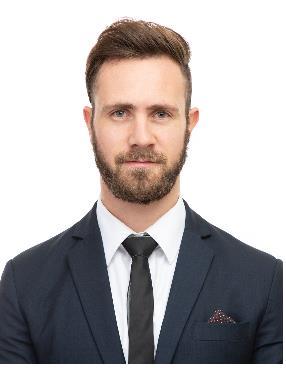 Harvey Justin John (The Seoul Metropolitan Government)
One September day, a South Africa-born resident of Seoul, Harvey Justin John was walking along the Han River with his parents, who were visiting him, when he saw what appeared to be a suicide attempt.

He immediately threw himself into the water and rescued the drowning person.

His act of bravery was officially recognized by the Seoul Metropolitan Government on Wednesday, which conferred honorary citizenship upon him and eight other foreigners here.

During a ceremony held at City Hall, the nine recipients from eight different countries were awarded the honor by Mayor Oh Se-hoon in recognition of their contributions to the local community in the economic, cultural and tourism sectors.

Among the honorees is Mafo Laure, who came to Korea in 2017 to learn pansori, a genre of Korean musical storytelling performance. She has been promoting the traditional Korean music to France and Cameroon while organizing several fundraising events for vulnerable groups, Seoul officials explained.

Sushant Sahastrabuddhe, an Indian national and associate director general of the Seoul-based International Vaccine Institute, which was established as an initiative by the United Nations Development Program, was recognized for his contribution to the development of Korea’s biopharmaceuticals industry. The IVI and Korean biotech firm SK Bioscience are working together to develop their own COVID-19 vaccine candidate, which is in its phase 3 clinical trial.

Berard Christophe, a French Catholic priest who has been living in the country for 17 years, received honorary citizenship for running support programs including counseling sessions for immigrants who face difficulties in finding jobs here and Korean youngsters.

This year’s recipients were selected from among 32 foreign residents hailing from 24 nations recommended by institutions and organizations, the city government said.