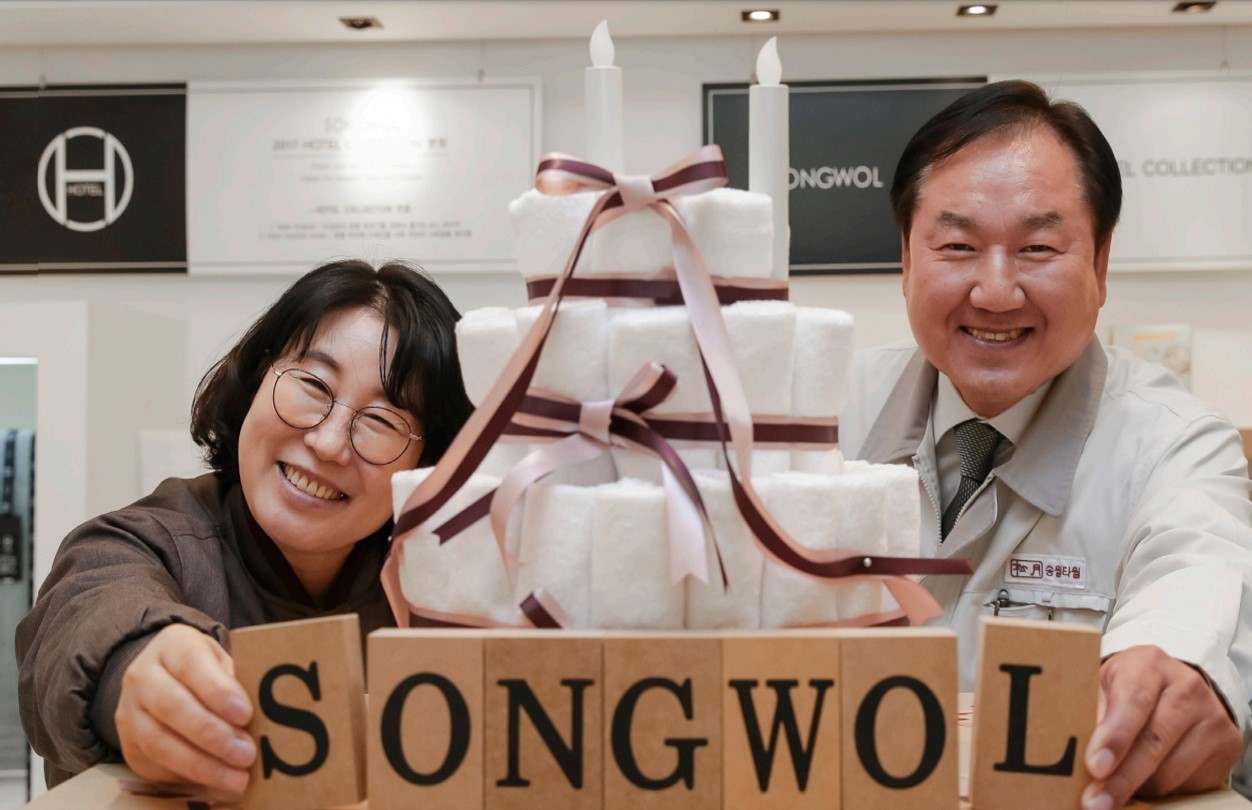 Founded in 1949, Songwol is a local towel manufacturer with around 35 percent of the market share.

Now a leading towel maker, Songwol was on the verge of bankruptcy during the Asian financial crisis of 1997, when South Korea sought official assistance from the International Monetary Fund.

Songwol said the company overcame the crisis through building strong relationships with its workers.

The company, which endured hardship in 1997, has developed into a firm that has had no labor-management disputes over the past 26 years.

Due to strong labor-management relations built across the past few decades, the company was able to avoid disputes during the economic fallouts from the COVID-19 pandemic.

In 2020, the company’s labor and management agreed in good faith to freeze salaries of workers to counter a bitter economic setback last year.

This year, in return, workers were compensated with 4.5 percent pay raises and extensions of the retirement age. The company also pledged its workers to invest more in manufacturing facilities.

Songwol said the company was able to bond with its workers through transparent management.

The company said it invites not only executive members but also representatives to major business meetings that are regularly held. There, the company explicitly shares the company’s business plans and detailed status of its business operation.

Songwol said it also encourages its workers to share their opinions about their work environments.

In 2018, Songwol adopted and reinvented Kaizen, a Japanese business philosophy made popular by Toyota.

The company continued to ask employees to express their opinions to bring small changes to manufacturing assembly lines and increase efficiency, it said.

“The company encourages workers to actually engage in corporate affairs and make changes,” an executive member at Songwol said.

In 2018, the company received around 300 opinions from its workers. The number in the following year increased to 401 and reached 565 in 2020, the company added.

“One of the reasons that the company was able to maintain strong relationships with its workers is that management actually listens to opinions from the union,” said a member of the labor union at Songwol.