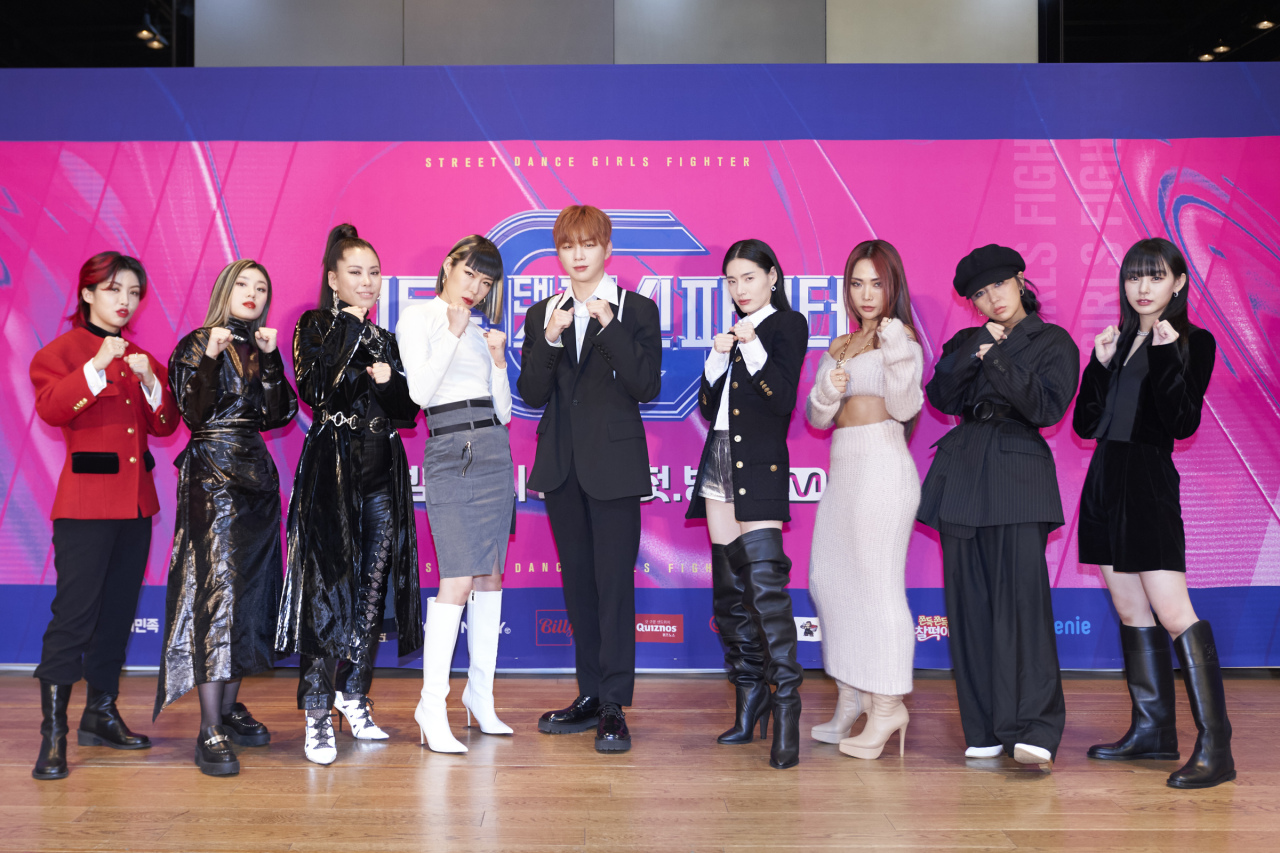 The program will feature dance crews comprised of high school girls competing to win a 10 million-won ($8,420) prize. Top-tier female crews -- YGX, Lachica, Want, WayB, Coca N Butter, Prowdmon, HolyBang and Hook -- who were pit against one another on “Street Woman Fighter” are set to appear as part of the panel of judges and mentors for the contestants.

“’Street Woman Fighter’ has created a dance boom (around the country). … Although ’Street Dance Girls Fighter‘ is a spinoff of the show, it is likely to be a totally different program. If ‘Street Woman Fighter’ were a fierce survival program, ‘Street Dance Girls Fighter’ will be a teenage coming-of-age story as the girls compete to become a top dance crew,” Kwon Young-chan, chief producer of the program, said during an online conference Tuesday.

Kwon, who also produced “Street Woman Fighter,” said that he is hoping to show the young dancers’ jaw-dropping performances along with their high energy and excitement. The program is expected to discover talented dancers who dream of becoming star choreographers like Honey J and Monika, he added.

“I was curious who would follow in the dance leaders’ footsteps. Therefore, I wanted to put together all of the passionate and talented high school dancers. … Viewers will enjoy watching teenage dance trends through the show,” said Kim Na-yeon, the producer of the dance competition show.

“(By looking at the contestants’ performances,) we were able to travel back to when we started dancing,” Ri.hey said. Fellow dancer Honey J said that the program offered an opportunity to become a better person and a better dancer.

Singer Kang Daniel, who hosted “Street Woman Fighter” will reprise his role as the host of the spinoff.

“Street Dance Girls Fighter” will air its first episode at 10:20 p.m. on Tuesday.