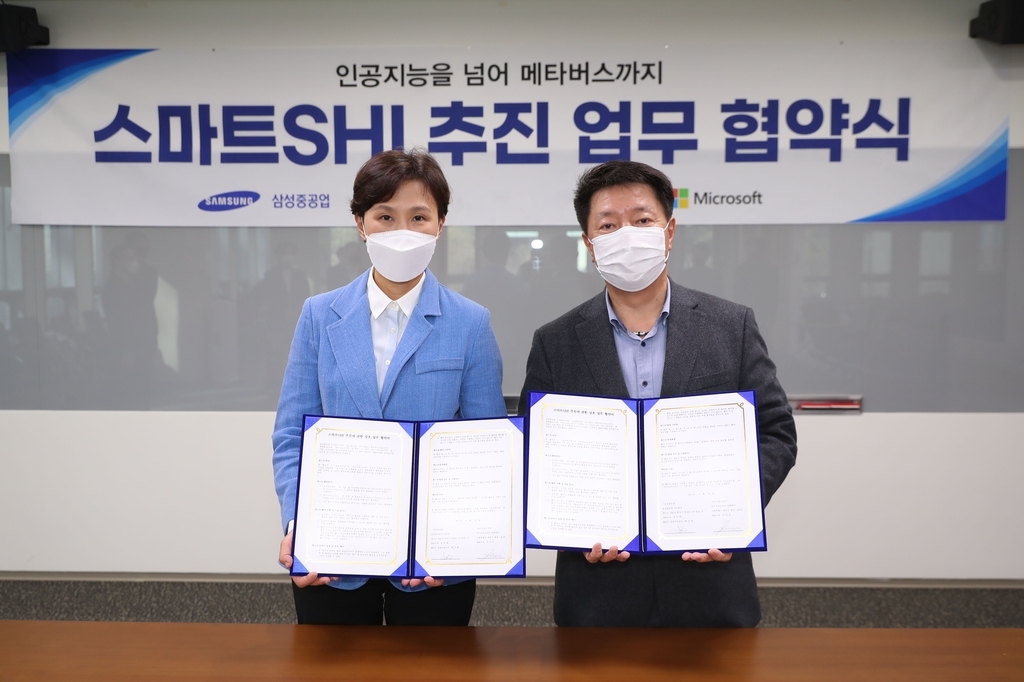 Samsung Heavy said it plans to build up a collaboration system among each shipbuilding sector in its shipyard by using cloud computing service Azure, artificial intelligence, group chat software Teams and metaverse technologies, which will be provided by Microsoft under the deal.

Samsung Heavy said the latest deal will accelerate the digitalization of its shipyard, which it has been pushing for since 2019, the shipbuilder said. (Yonhap)