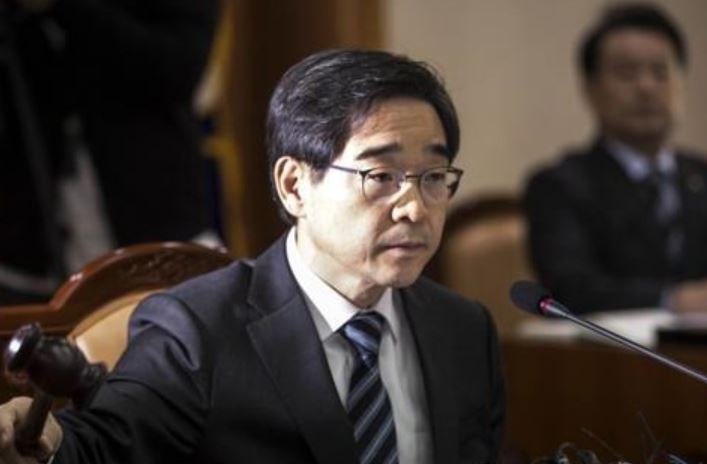 Two months before his retirement in September last year, Kwon is known to have presented a not guilty opinion in Supreme Court deliberations on the election law violation charge against Lee, then governor of Gyeonggi Province.

After retirement, Kwon landed a high-paying job at the asset management firm involved in the scandal-ridden land development project in Seongnam in the province governed by Lee.

Kwon was later mentioned as part of the "5 billion-won club" ($4.2 million) consisting of those to whom dubious land developers offered or pledged to offer massive amounts of money.

Prosecutors were expected to question Kwon over why he presented a not guilty opinion during the top court's trial last year and other related allegations.

Kwak has been facing a probe following revelations that his 32-year-old son received 5 billion won in severance pay after seven years of work at Hwacheon Daeyu. Investigators suspect the money could be a bribe to Kwak. (Yonhap)