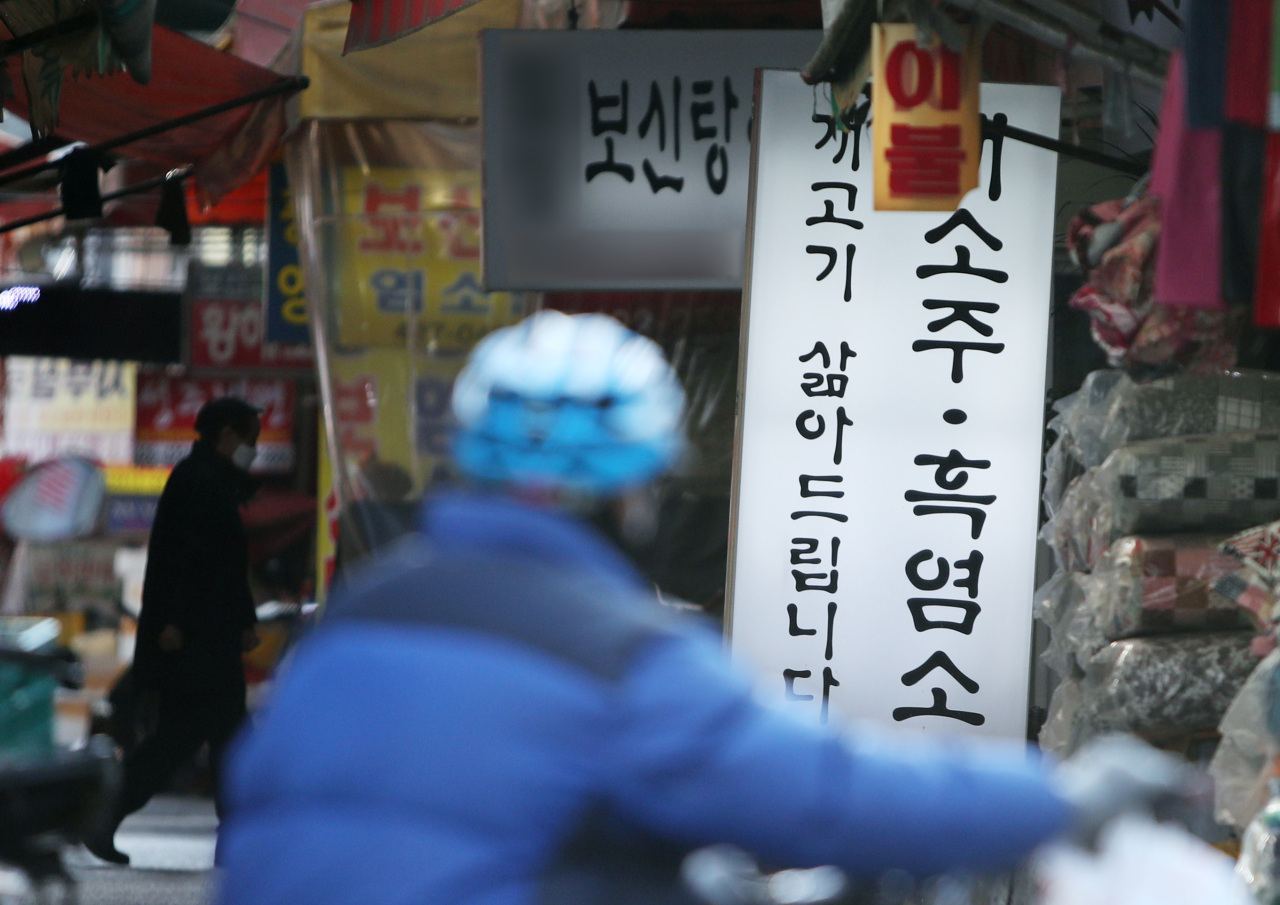 An alley where bosintang, or dog meat stew, is served at Chilseong Market in Daegu (Yonhap)
Two months after President Moon Jae-in said South Korea should consider banning dog meat consumption, the government is to officially launch a consultative body to discuss the matter.

Prime Minister Kim Boo-kyum held a meeting Thursday and announced the decision to launch a consultative body to discuss dog meat consumption. The body, consisting of representatives of concerned groups, experts and government officials, will hold discussions from December to April. 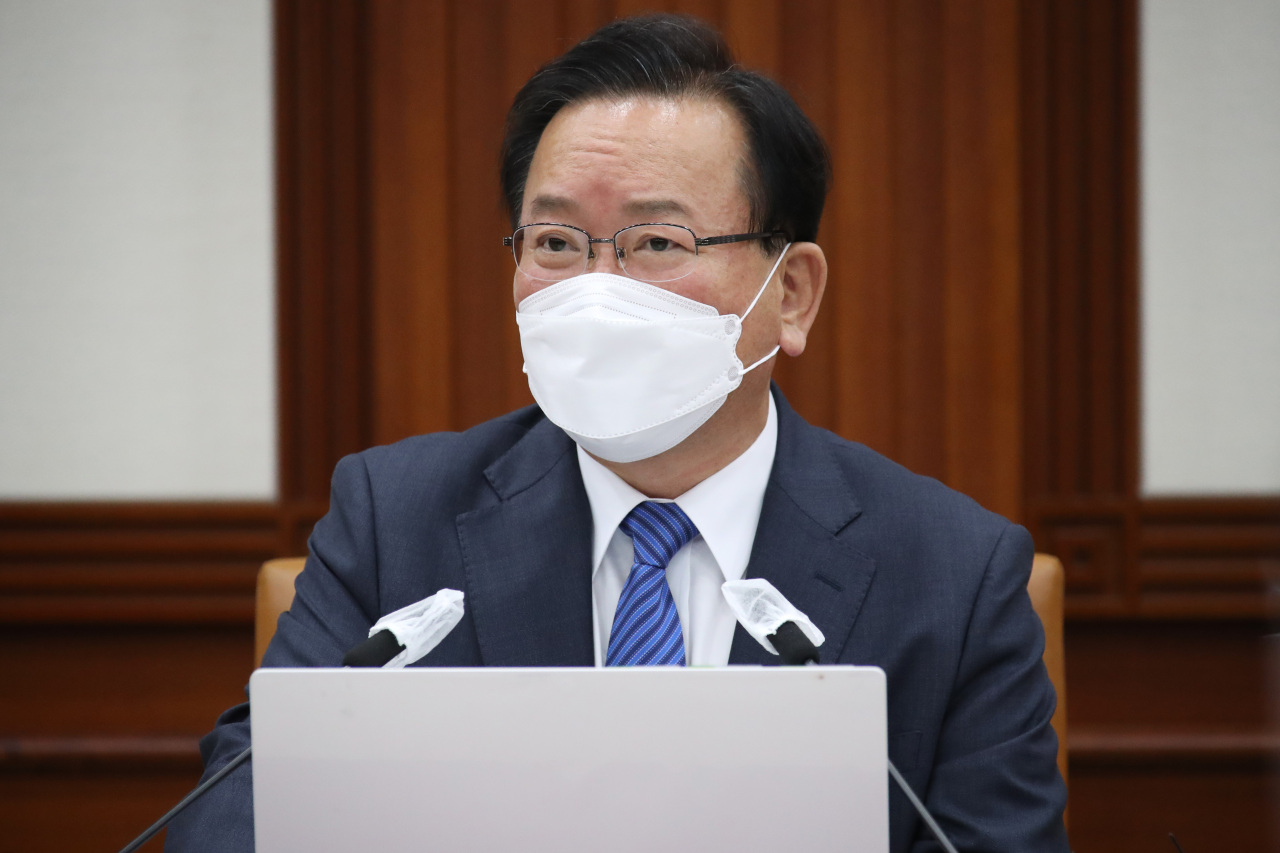 Prime Minister Kim Boo-kyum speaks at a meeting at the government complex in Gwanghwamun, central Seoul, Thursday. (Yonhap)
“The controversy surrounding dog meat consumption is not new. It is a decades-old issue that started to be discussed since the Seoul Olympics in 1988,” Kim said at the meeting at the government complex in central Seoul. “As more households have pets and more of the public is interested in animal rights, we have to look at dog meat consumption as more than just an existing eating practice,” Kim said. “The consultative body will work on drawing up agreements, and also improve policies in blind spots.”

Kim’s announcement comes after Moon mentioned the need to consider prohibiting dog meat consumption on Sept. 27 while being briefed on matters related to pets.

The consultative body, expected to launch in December, will be separated into two groups, one under the Agriculture Ministry and one under the Ministry of Food and Drug Safety.

The head of the Office for Government Policy Coordination will run a government committee consisting of the vice ministers in charge of agriculture, food and rural affairs; food and drug safety; the environment, the interior and safety; and the economy and finance. They will draw up plans to actualize the consultative body’s conclusions.

At present, dog meat is in a gray area not covered by related laws.

The Animal Protection Act states that animals cannot be slaughtered cruelly, but does not mention dog slaughter or specifically ban dog meat consumption, while the Livestock Products Sanitary Control Act does not cover dogs.

The Food Sanitation Act does not include dog or dog meat as food ingredients as determined and announced by authorities to be allowed for sale.

Over the years, though some lawmakers have issued bills on prohibiting dog meat consumption, the bills have not passed through the National Assembly.

Moon mentioning the possibilities of banning the consumption of dog meat has caused a buzz among stakeholders.

An association of dog meat producers and distributors held a protest Tuesday, calling out the government for trying to ban dog meat consumption.

“The government aims to ban dog meat consumption, ignoring the voices of the people whose livelihood depends on it,” the protesters said.