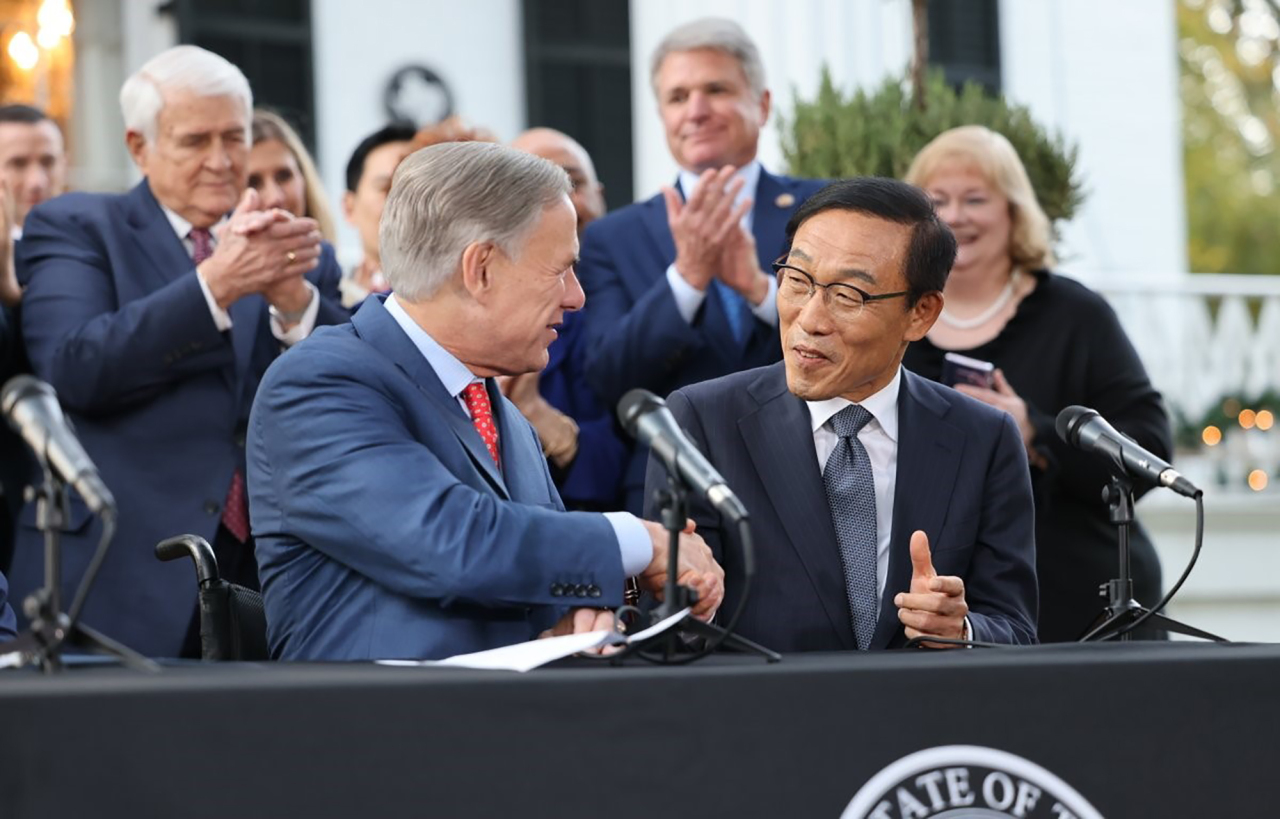 “As we add a new facility in Taylor, Samsung is laying the groundwork for another important chapter in our future,” Kim Ki-nam, head of Samsung Electronics Device Solutions Division, said in a statement.

“With greater manufacturing capacity, we will be able to better serve the needs of our customers and contribute to the stability of the global semiconductor supply chain.”

The remark came on the day the company made the official announcement it would build a new foundry in a small city near its current fab in Texas. It aims to complete construction and start operation in the second half of 2024.

“The impact of this will be felt not only here in Texas, but will actually impact the entire world,” Texas Gov. Gregg Abbott said Tuesday there in a press conference.

“After a thorough and comprehensive search, Samsung has chosen Taylor, Texas, as the site of its new state-of-the-art semiconductor chip fabrication plant.”

The new 5-square-kilometer site in the suburban city of Taylor is 25 kilometers from Samsung Electronics’ first US semiconductor plant in Austin, Texas, which opened in 1998.

Samsung Electronics said the proximity will allow the new foundry to capitalize on Austin’s infrastructure. Both plants will be dedicated to making chips for clients as designed, while the chip packaging capacity is likely to stay in Asia.

The new chipmaking facility is to create around 2,000 jobs in Taylor. 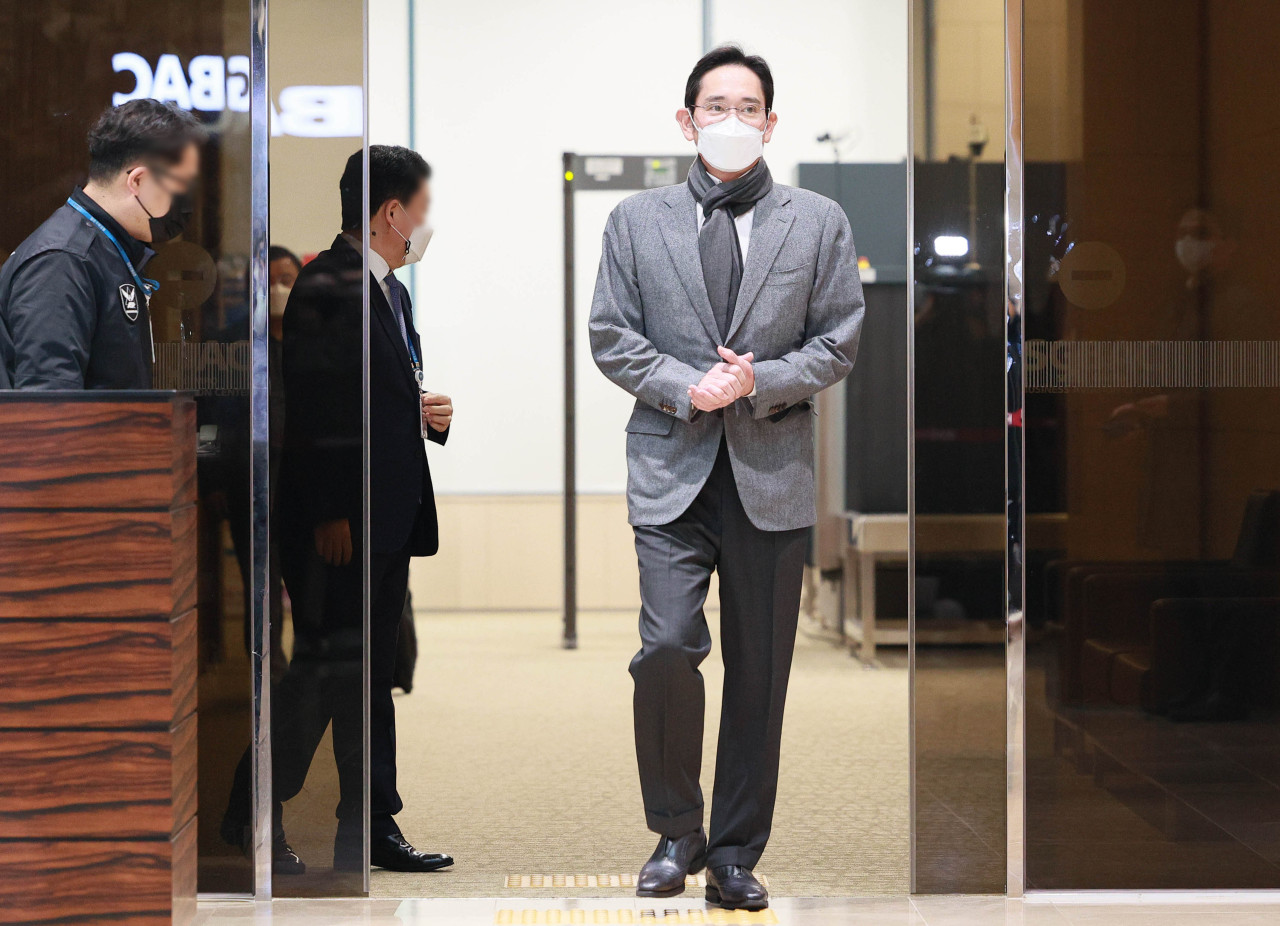 Samsung Electronics Vice Chairman Lee Jae-yong arrives at Seoul Gimpo Business Aviation Center at around 4:20 p.m. Wednesday, ending his weekslong visit to the United States. (Yonhap)
The deal will involve the biggest single capital expenditure in the US in Samsung’s history, Samsung Electronics said in a statement. The investment will be in buildings, property improvements, machinery and equipment.

The deal will also bring Samsung’s US investment to a total of $47 billion since 1978, and the company now has over 20,000 employees across the country.

Aside from some 2,000 new jobs in Taylor, Samsung Electronics vowed to provide financial backing for the Samsung Skills Center for the Taylor Independent School District to help students develop skills for future careers.

“We are also proud to be bringing more jobs and supporting the training and talent development for local communities, as Samsung celebrates 25 years of semiconductor manufacturing in the US,” Kim said.

Samsung Electronics added that the new US production line will serve as a core location alongside its Austin foundry plant, as well as semiconductor lines in Hwaseong and Pyeongtaek, both in Gyeonggi Province, to better address client demand and secure new chip clients.

In the meantime, in Korea, Samsung is poised to add four more semiconductor plants in Pyeongtaek by 2030, in addition to the two existing plants, one of which has been operational since August 2020. A third one is scheduled to complete construction by the second half of 2022.

The new plants come after Samsung Electronics’ de facto leader Lee Jae-yong pledged in May to inject a combined 171 trillion won ($143.7 billion) through 2030 to advance research for semiconductor technology and build new chip fabrication lines, in line with Lee’s mantra of “System Semiconductor Vision 2030,” unveiled in 2019.

Samsung, an integrated device manufacturer that operates foundry lines and produces its own designs, started mass-producing 14-nanometer dynamic random-access memory based on extreme ultraviolet technology in October, a year after Lee met officials of the Netherlands-based semiconductor equipment supplier ASML, including its CEO Peter Wennink.