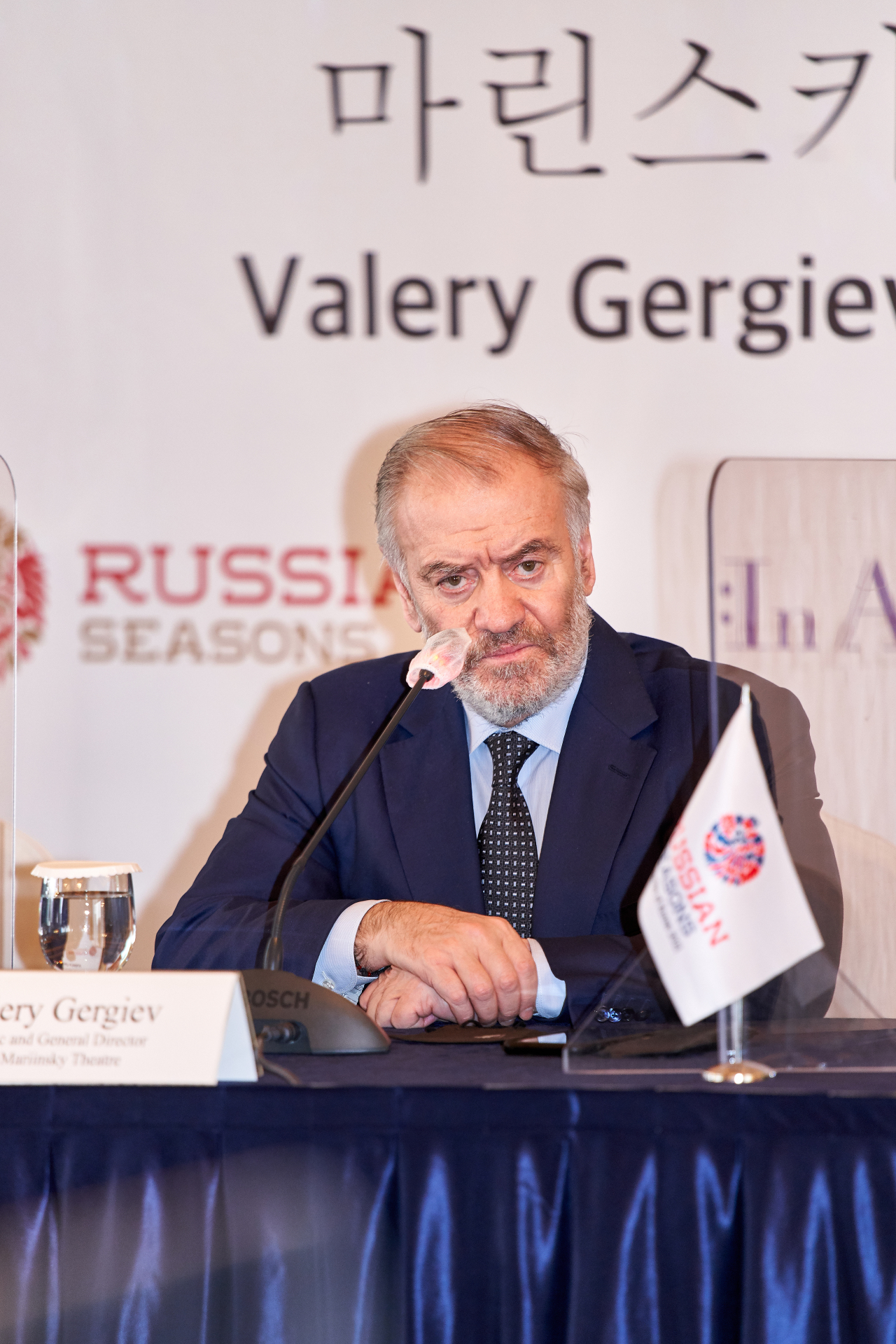 Russian conductor Valery Gergiev is to present two unique performances Wednesday in Seoul, returning to the city for the first time in two years.

“We were told only two or three weeks ago that we could visit South Korea and I’m thrilled that this performance can happen in the midst of the pandemic situation,” Gergiev, one of the world’s most celebrated conductors, told reporters in a press conference Tuesday.

The 68-year-old energetic conductor will present two different performances of the Mariinsky Stradivarius Ensemble, which he founded in 2009, Wednesday at Lotte Concert Hall. The two programs, both to be held on the same day, were designed to minimize COVID-19 infection risks, according to the event organizers.

The evening program starting at 8 p.m. will present Debussy’s “Prelude to the Afternoon of a Faun” and Mendelssohn’s Symphony No. 4 in A major in addition to Prokofiev’s Symphony No. 1 in D major, Op. 25 “Classical.”

Gergiev pointed out that the pandemic has made it difficult for many musicians all around the world. He has lost several fellow musicians to COVID-19, he said.

“I’ve never had to stay at home this long, but a hiatus from performing permits musicians to listen to more music, which in return allows them to grow further as a musician,” said the conductor, who normally leads more than 150 performances a year.

“At the same time, we have been trying to come up with innovative ways to take advantage of the COVID-19 situation and prepare various new programs,” he said, adding that he hopes music can help people recover painlessly from the COVID-19 pandemic.

Famous for using a toothpick as a baton or his bare hands to lead an orchestra, he did not reveal his technique to be used for Korean audiences Wednesday. However, he expressed his intention to continue to bring various performances to South Korea.

He also indicated his wish to perform “Khovanshchina,” a Russian opera by Modest Mussorgsky, in South Korea. He has staged the opera in other major cities around the world, such as Milan, Beijing and Tokyo.

“Korean audiences not only love orchestras, but also ballets and operas. At the same time, Korea is introducing many new concert halls and it is my wish that the Mariinsky Stradivarius Ensemble has more chances to perform in South Korea,” he said.

Russian Seasons is a project launched in 2017 by the Russian government to introduce the country’s culture around the world. It selects host countries to extensively introduce various Russian arts and performances each year. South Korea was chosen as the host country for 2021. The program has previously been hosted in Japan, Italy, Germany, France, Belgium and Luxembourg.