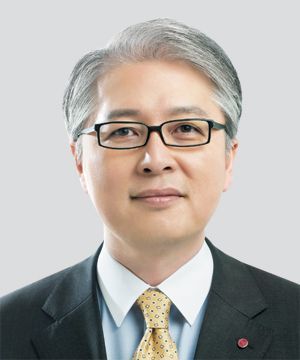 Kwon Bong-seok, the CEO of LG Electronics, is likely to be promoted as the new vice chairman of LG Corp., the holdings firm of South Korean conglomerate LG Group.

According to LG Group on Tuesday, LG Electronics and LG Corp. are scheduled to hold their respective board meetings Thursday and finalize the executive reshuffle.

Kwon Bong-seok is expected to fill in the shoes of Kwon Young-soo, who was appointed in October as the new CEO of LG Energy Solution, the battery unit of LG Group.

The vice chairman post is regarded as the No. 2 position inside the conglomerate, working right under LG Group Chairman Koo Kwang-mo. Kwon will be tasked with finding new growth engines and drawing the future blueprint of LG Group, according to market observers.

Industry watchers say that the appointment of Kwon signals a major transition for the group under the young chairman’s leadership. Rising to vice chairman after three years reflects that the 43-year-old successor now wants to lead the group with executives of his choice, not those close to late Chairman Koo Bon-moo.

Kwon, who joined LG in 1987, spearheaded LG Electronics’ monitor business in 2007 and took credit for the company’s LCD monitors ranking No. 1 in the global market. In 2014, Kwon took charge of LG Corp.’s synergy team and focused on collaboration between LG Group affiliates. This was when Kwon made acquaintance with Chairman Koo. In 2015, Kwon led LG Electronics’ TV business and navigated the firm in the OLED TV market. In late 2019, Kwon was promoted to CEO of LG Electronics.

Cho Joo-wan, vice president and chief strategy officer at LG Electronics, is likely to succeed Kwon and become the new CEO of the tech company.