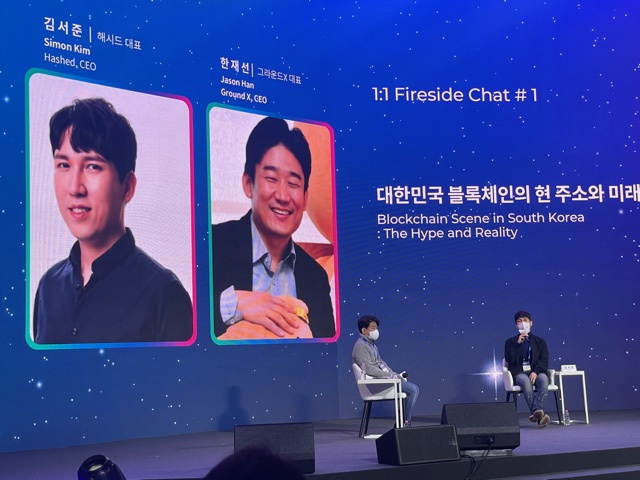 “I believe this current situation of not being able to establish a cryptocurrency fund despite its popularity and high transaction volume is abnormal and contributes to market distortion,” Kim said.

Kim added that the cryptocurrency market, whose transaction volume sometimes exceeds that of the country’s main bourse Kospi, has become undeniably huge, but individual investors still have to make investment decisions about numerous cryptocurrencies and blockchain projects on their own.

Some investors do not necessarily have a full grasp of the blockchain industry or certain cryptocurrencies, but nonetheless they could want to bet on the prospects of the fledgling industry, according to Kim. “That’s why the participation of institutional investors are needed. Institutional investors can do that job of selecting promising companies and industries on behalf of retail investors and help the market grow healthier,” Kim noted.

Establishing a fund consisting of virtual currencies is impossible in South Korea, as custodians do not accept cryptocurrencies as assets.

Kim shared his thoughts on the current status of the industry during a session titled “Blockchain scene in South Korea: The hype and reality” with Ground X CEO Jason Han at ComeUp, a government-led startup conference taking place from Wednesday to Friday.

Kim and Han discussed how South Korea, once a global leader in the blockchain industry, is now lagging behind the leading countries due to heavy regulations on the emerging sector.

“South Korea used to be at the center of the spotlight in the blockchain industry with top talents and interesting projects two or three years ago, Unfortunately, it is now difficult to call South Korea a market leader,” Kim said.

The disappointing trend in blockchain adoption in South Korea led to valuable talent seeking out opportunities elsewhere in more promising industries, according to Han of Ground X, the blockchain arm of mobile giant Kakao Corp.

“While the brightest talent tend to go to the blockchain industry in leading countries, Korean talents were able to earn high salaries in the more mainstream industries other than blockchain,” Han added.

Kim and Han urged the government to take more a progressive stance on the industry, which they call one of the most disruptive changes in history.

“The rules of business are reshaping. I sometimes wonder if big corporates and even startups could keep up with the changes in a near future,” Han said. “As this could be an opportunity of once in a lifetime for a country like South Korea, I hope the government supports the industry and create an atmosphere where more talents can do what they want to do, instead of following the practices of the US and Singapore.”