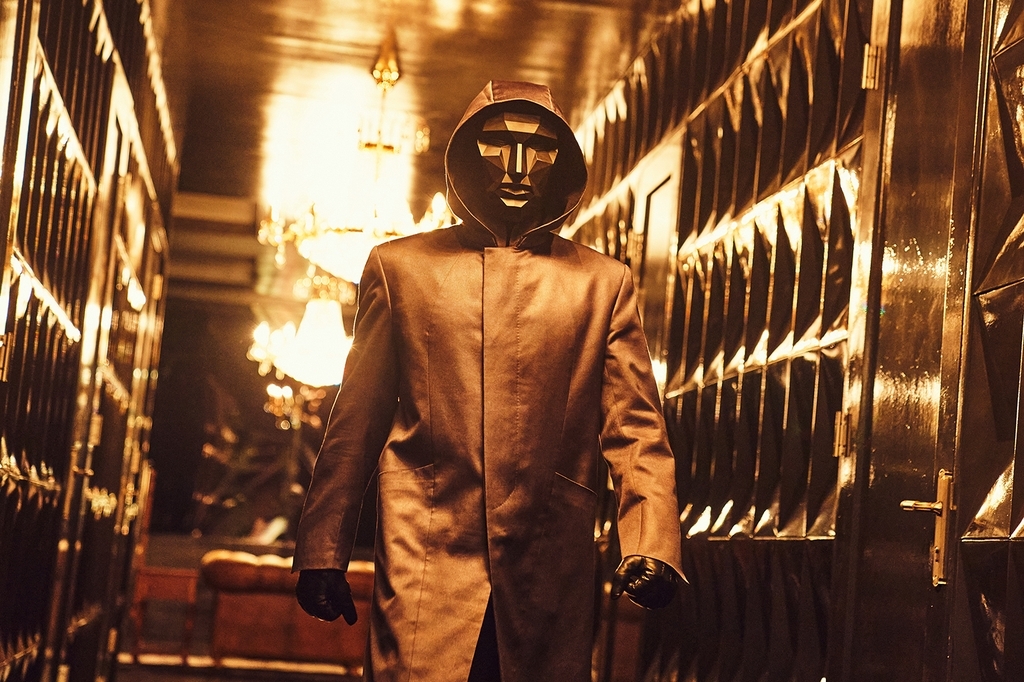 This image provided by Netflix shows a scene from "Squid Game." (Netflix)
The South Korean sensation "Squid Game" has posted a total of 1.65 billion hours of streaming in the first four weeks of release, becoming the most-watched Netflix content of all time.

Netflix on Tuesday (US time) released the global top 10 lists of films and TV shows based on hours viewed in their respective first 28 days on its platform.

"Squid Game" topped the non-English popular TV show list with an aggregate 1.65 billion hours of viewing over the first four weeks following its premiere on Sept. 17. It is equivalent to 188,400 years in total.

Earlier, Netflix said about 142 million households had watched the dystopian series over the cited period.

Its total viewing hours far outnumbered that of other Netflix hits, including the period romance drama "Bridgerton" Season 1, which placed No. 1 on the English-language popular TV show table with a total of 625 million viewing hours.

On the film's side for both English and non-English titles, the American horror thriller "Bird Box" (2018) and the British-German action horror film "Blood Red Sky" (2021) ranked first with 282 million hours and 110.5 million hours, respectively.

For the week from Nov. 8-14, four Korean-made series made the top 10 of the popular non-English TV show list, led by "Squid Game" with 42.7 million hours viewed.

The historical romance "The King's Affection" came in second with 14.1 million hours, and the romantic comedy "Hometown Cha-Cha-Cha" finished third with 13.8 million hours. The crime thriller "My Name" was viewed for 10.8 million hours over the one-week period to place fifth.

It is the first time that Netflix released the new all-time show rankings based on aggregate viewing hours. Previously, the company has occasionally reported the number of households that stream a given title for at least two minutes. (Yonhap)